As the final whistle blew to end Chelsea’s European Champions League campaign on Tuesday night, the focus immediately shifted to the future of manager Carlo Ancelotti’s future at the London club.

Chelsea were knocked out of the quarterfinals by rivals Manchester United, and finding themselves eleven points adrift of United in the English Premier League, the Italian’s side no longer have a realistic chance of landing silverware this season.

Knowing he is likely to end the season without a trophy, Ancelotti said on Friday that he would have ‘no problem’ if the club fired him, despite ending his first season in charge of Chelsea last May winning both the league and FA cup.

“The club can judge my job,” Ancelotti said.

“If they decide at the end of the season it wasn’t good enough they have to change without problem. … This is not a problem for me.”

Ancelotti left Italy’s AC Milan in 2009 after winning the Champions League in ’03 and ’07. He also won the Serie A title once during his eight years in charge.

Sitting five points clear of fifth-placed Tottenham with seven games remaining, Chelsea should be assured of qualification for next season’s Champions League, but whether that will be enough to secure Ancelotti’s position remains to be seen.

“Everyone was happy to win the double last year but this is the past. Obviously, this season was not a good season for us but now we have seven games,” he said.

“It’s not the moment to find guilt. It’s a moment to stay focused on the next game, do our best, and look to the end of the season. We can judge at the end what was wrong and what was good.

“I will try to do my best, because I want to stay here,” Ancelotti added.

“If there is a possibility to do that, I will be happy.”

The Italian has been under growing pressure ever since his side’s impressive start to the season came to an abrupt end three months into the campaign.

And Chelsea’s continuing failure to reverse a steadily downward trend has led to increased speculation that owner Roman Abramovich is planning major changes ahead of next term.

It may already be too late for Ancelotti to win back the owner’s favour and a slip at a fast-improving West Bromwich this weekend will only increase the sense that the manager is a dismissal waiting to happen.

Ancelotti is the sixth manager at Chelsea since Russian billionaire Abramovich bought the London club in 2003.

“The most important thing for a club, and for a manager, is to have a good relationship with the club, the owner,” Ancelotti said.

“When this relationship is not good, you have to change. Until now, the relationship with the owner is fantastic. He has supported me this season when we didn’t achieve important results.”

The Italian’s team selection will scrutinised for signs of whether he is planning ahead – and the position of Fernando Torres will again attract the most attention.

The striker was withdrawn at half time at Old Trafford after once again failing to break his scoring duck for the club he joined in a record-breaking move on transfer deadline day in January.

The failure to land silverware has inevitably darkened the mood at Stamford Bridge but keeper Petr Cech insists the club must now set the revised target of finishing runners up.

“It is disappointing always if you are a part of a big club and don’t win a trophy, after winning the Double last season everybody thought we would go and defend our titles,” Cech said.

“We had a good start to the season, then it became difficult but we were doing well in the Champions League so far until those two games against Man United. We were unlucky in the first game and today they won, but overall they won both games and they deserve to go through.’

“There are seven games to play. Those seven games will make a big difference, if you go and win most of the points I think we can finish second, and the season can be remembered with a head up. We have to qualify to have another go at the Champions League next season.”

Fifty one-year-old Ancelotti is now focused on returning to winning ways against West Brom who climbed to 10th by beating Sunderland last weekend and are now out to settle an old score following their 6-0 thrashing by the Londoners on the opening weekend. 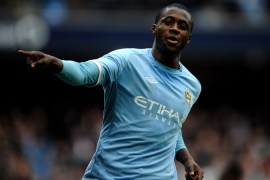 Manchester City in hunt for only realistic trophy this season when they take on treble-chasing rivals Man Utd in FA Cup. 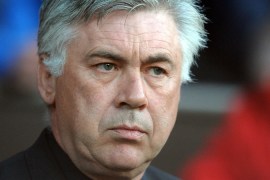 Chelsea owner Abramovich has not pulled trigger yet but signs do not look good for coach after defeat to Man Utd. 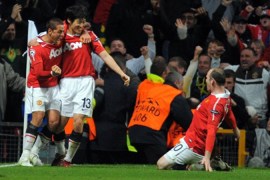