The International Cycling Union (UCI) on Thursday challenged the Spanish federation’s overturning of a ban for testing positive during last year’s race.

“The International Cycling Union (UCI) today decided – within the time frame stipulated by the Regulations – to appeal to the Court of Arbitration for Sport (CAS) in Lausanne against the Spanish Cycling Federation’s (RFEC) finding in the case of Alberto Contador,” the UCI said in a statement.

“He was acquitted after testing positive for clenbuterol during an in-competition test carried out on 21st July 2010.

“The decision to appeal comes after an in-depth study of the file received from the RFEC.”

The three-times Tour de France champion failed a dope test for the banned anabolic agent clenbuterol on his way to victory.

Saxo Bank rider Contador, who had been provisionally suspended in August, appealed against the Spanish federation’s (RFEC) initial one-year ban and was cleared by the RFEC last month.

The World Anti-Doping Agency (WADA) has 21 days to join the appeal and challenge the RFEC’s decision.

Contador, 28, is currently riding the Tour of Catalunya in which he is the overall leader.

Until CAS makes its ruling, which is expected before the Tour de France starts on July 2, Contador, who won the Tour of Murcia this year, will be allowed to race.

If eventually found guilty, Contador, who has denied any wrongdoing and said clenbuterol found in his system came from contaminated meat, would be stripped of his 2010 Tour title and face a two-year ban.

Contador’s lawyer said he would not immediately comment on the appeal. 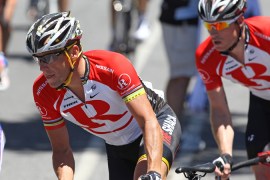 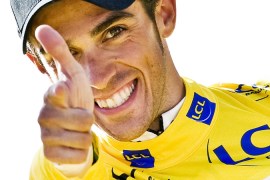