An 80th minute penalty scored by Frank Lampard allowed English champions Chelsea to move back into the top four with a come-from-behind 2-1 home victory over first-place Manchester United in the English Premier League on Tuesday.

Wayne Rooney opened the scoring in the 29th minute, firing home his third straight league goal for the first time in a year but the advantage was cancelled after half-time with a superb volley by new Chelsea signing David Luiz in the 54th minute.

Lampard scored the winner after Yuri Zhirkov was tripped in the penalty area by United defender Chris Smalling.

United captain Nemanja Vidic was ejected in stoppage time when he received his second yellow card for a foul on Ramires. Vidic is now suspended for Sunday’s crucial game at Liverpool.

While fourth-place Chelsea’s hopes of retaining the title are still slender as they trail United by 12 points, their win has done a massive favour to second-place Arsenal.

Coach Carlo Ancelotti opted to go with Fernando Torres and Nicolas Anelka as his front men, leaving Didier Drogba on the bench.

United manager Alex Ferguson also chose two from three with Rooney and Javier Hernandez starting together, with Dimitar Berbatov among the substitutes. It was the same strike force from Saturday’s 4-0 win over Wigan Athletic.

The manager said before the game that Rooney was fortunate to be playing having escaped a ban for his off-the-ball elbowing of Wigan’s James McCarthy but he was not the only pantomime villain on show as United fans gave a special welcome to Ashley Cole.

The England defender had been fined and investigated by the police for shooting a member of the Chelsea staff with an air gun at their training ground. One United fan held up a sign saying: “Don’t shoot Ashley” while all of them roared “shoot” every time he touched the ball.

In an open, attacking game, United gradually took control and Rooney should have put them ahead when he mistimed a header after 21 minutes.

He made amends eight minutes later when he collected the ball 25 yards out, turned in acres of space and drove a fierce low shot beyond Petr Cech into the bottom corner.

Chelsea showed more energy after the break and levelled after 54 minutes when Ivanovic headed a deep cross into the path of Luiz and the Brazilian defender waited for it to drop before expertly slamming a shot past Edwin van der Sar.

Drogba replaced Anelka after an hour while Berbatov went on for Hernandez 10 minutes later. Ryan Giggs also joined the fray for his 606th league game, equalling Bobby Charlton’s United record set on the same ground in 1973.

Chelsea begun to control more of the ball, forcing United to defend deep and it was another substitute, Zhirkov, on in the 71st minute for Florent Malouda, who turned the game when he went down under the challenge of Smalling.

Ferguson was furious with the referee’s penalty decision and his failure to send off Luiz for a series of hard tackles.

“We defended badly for the first goal, That was a bad one to lose but the penalty kick was so soft, deary me,” Ferguson said.

“It’s three years in a row that decisions have changed the game here. It was incredible.

“Luiz had done (Javier) Hernandez off the ball and nothing was done. Then he does Rooney, clear as day.

“You are talking about what changed the game in the second half, these are decisions that change the game and he is going to be refereeing every week!”

Lampard dispatched a powerful penalty and Chelsea found themselves back in the Champions League places.

“We’re still a lot of points behind, but all we could do was win the game,” Lampard said.

“United are deservedly top of the league, but we’ve still got some fight in us and we showed that tonight.” 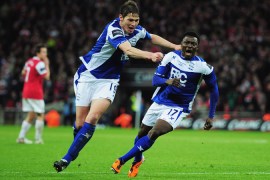 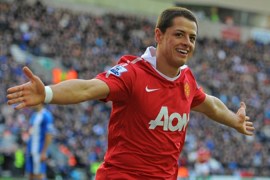 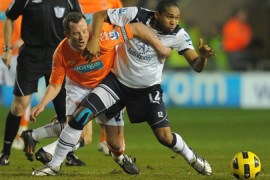 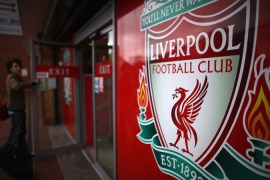 Former Reds owner wins right to seek damages over what he called ‘illegal’ sale of the Premier League club.