Australia secured a first Asian Cup final appearance as they beat Uzbekistan 6-0 in a horribly uncompetitive semi-final at Khalifa Stadium in Doha.

The Socceroos, playing their second tournament after joining Asian from Oceania in 2006, will face Japan in the final on Friday.

Uzbekistan’s previous form at Qatar 2011 was put in some context with a hammering by a team 82 places above them in the FIFA rankings.

“My team had a fantastic game tonight, I am overwhelmed,” Australia coach Holger Osieck said.

“All the things that we wanted came together, I give the boys a lot of credit for the their performance.”

The Socceroos made a bright start at a half-empty Khalifa Stadium in a match that was in stark contrast to the encounter between Japan and South Korea earlier on Tuesday.

Brett Holman’s low strike from a Tim Cahill cross forced a brilliant save from Temur Juraev inside the opening two minutes.

They took the lead three minutes later Harry Kewell was afforded enough time to fire an angled left foot shot in to the opposite corner after a clever through ball from Matt McKay.

Uzbekistan had produced some lovely pass-and-move football en route to their first appearance in the last four but were far from their best as David Carney went close to doubling the lead but his chipped-effort was blocked by Juraev.

The chances continued to come for Australia, at 26, the top-ranked side in the tournament, and Sasa Ognenovski made it 2-0 in the 34th minute with a rifled finish from close-range.

Uzbekistan coach Vadim Abramov made two changes early in the second half bringing on Sanjar Tursunov and Marat Bikmaev but they were unable to stop the one-sided flow.

Overlapping fullback Carney was able to grab a third after he latched on to a throughball from McKay and slotted under Juraev in the 65th minute.

The Uzbeks started to lose their cool and Ulugbek Bakaev, whose two goals sealed a quarter-final victory over Jordan, was sent off after he received a second yellow card for lunging in on Luke Wilkshire two minutes after the goal.

The Uzbek defence continued to disintegrate and offer the Socceroos chances.

Substitute Brett Emerton took full advantage after a long ball from the back found Robbie Kruse in space and he squared for the midfielder to easily finish.

Midfielder Carl Valeri also converted from close range in the 82nd minute after another assist from McKay with Kruse completing the rout moments later after his tame side-footed effort from 25-metres out slipped embarrassingly through Juraev’s flapping gloves.

Uzbekistan have the chance to regain some lost pride when they face South Korea in the third-place playoff on Friday. 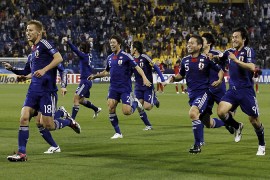 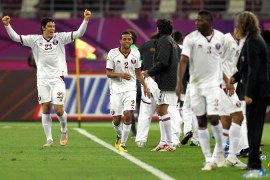 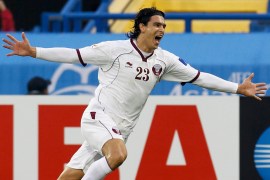