Liverpool beat Bolton Wanderers 2-0 at Anfield to stretch their unbeaten league run to six matches and stay in the hunt for a top four finish in the English Premier League.

Dirk Kuyt scored the first before a deflected shot by Emiliano Insua made three points safe.

Tottenham Hotspur, who are currently fourth, were held to a 1-1 draw at Birmingham City who scored with a late equaliser leaving Spurs just a point ahead of Liverpool, who themselves are a point clear of Aston Villa.

Villa won 2-0 at Fulham to climb above Manchester City into sixth place.

Hull City and Wolverhampton Wanderers were locked in a 2-2 draw in a relegation scrap, a result that left Hull in the bottom three.

Chelsea skipper John Terry, whose personal troubles made national newspaper headlines on Saturday, ensured he would also dominate the back pages when he scored Chelsea’s winner in a 2-1 victory at Burnley.

Terry was left unmarked at an 82nd minute corner and powerfully headed home to give Chelsea a victory that moved them four points clear of Manchester United at the top of the table.

Chelsea took the lead after 27 minutes through Nicolas Anelka on the counter-attack but could not add to the tally and found themselves level five minutes after the break when Steven Fletcher scored after getting the better of defender Alex.

Chelsea moved on to 54 points from 23 games, with United second on 50 from 23 and Arsenal on 49 from 23 before they play each other at the Emirates on Sunday.

The defeat left Burnley without a win for 12 league games and in the relegation zone. 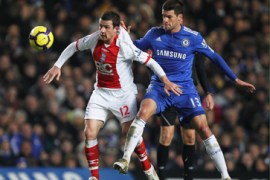 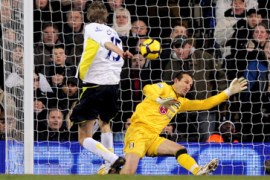 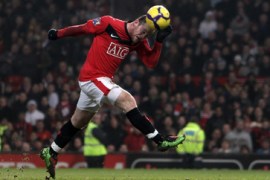