It is very difficult to fathom the skill involved in producing matches of the quality seen in the ATP World Tour semi-finals in London.

The changes in pace, the deft touches, and the variation in serve kept the crowds at the O2 Arena in awe throughout Saturday’s play.

With four of the best players in the world – each of whom won two matches in the round robin stage – battling it out for a place in the final, there were bound to be some fireworks, and some very long-lasting matches.

Sadly for the world number one, Roger Federer, his usual grace and poise had deserted him.

He sometimes resembled a ballet dancer on ice.

The pin-point accuracy of Nikolay Davydenko was the Swiss master’s undoing, and the first set was almost embarrassing to watch as he lost 6-2.

Fifteen-time Grand Slam champion Federer – and the 17,000-strong crowd – were bemused by his lack of timing and poor shot execution.

The loss of the first set was all it took to shock him into action, as Federer came back to nab the second set, engaging the increasingly-raucous fans.

And what an incredible final set they were rewarded with. After two hours of play, Davydenko broke his 12-match losing streak against Federer, and utterly deserved his final berth.

Could the Russian go one better than at Shanghai in 2008, and win the title?

Standing in his way on Sunday is the (rather daunting) figure of Juan Martin del Potro.

After what ended up being another epic semi-final, finishing at gone 11pm local time, the US Open Champion battled his way past the almost-as-huge Robin Soderling.

Swede Soderling has come of age this year, finally showing his potential following his runner-up showing at the French Open.

This was not a match for lovers of beautiful tennis, but one for those who like demolition trucks and pure, brute power.

It is a shame men’s tennis is heading the way of strength over beauty, but if spectators are treated to encounters of a similar proportion to that of the second semi-final, they will be consistently spoiled.

True, there were few opportunities to break serve. Yet nobody seemed to mind.

Del Potro’s forehand is possibly the best shot in the men’s game at the moment, and Davydenko will have to play out of his skin to avoid the fate that has befallen Fernando Verdasco, Federer and now Soderling, who was squeezed 6-7, 6-3, 7-6.

And to think the Argentine only made the semi-finals by one game.

The 6ft 6in giant is considered the favourite for Sunday’s final.

But with Davydenko having claimed the scalps of the world’s top two players in Federer and Rafael Nadal in this enthralling tournament, it will be no walk in a London park. 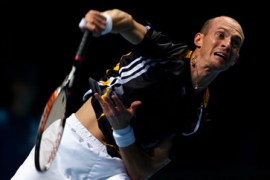 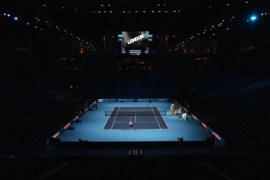 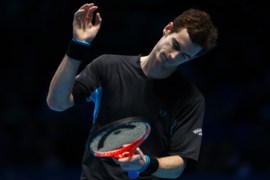 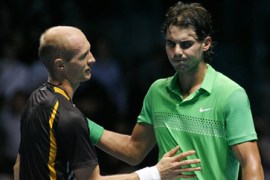