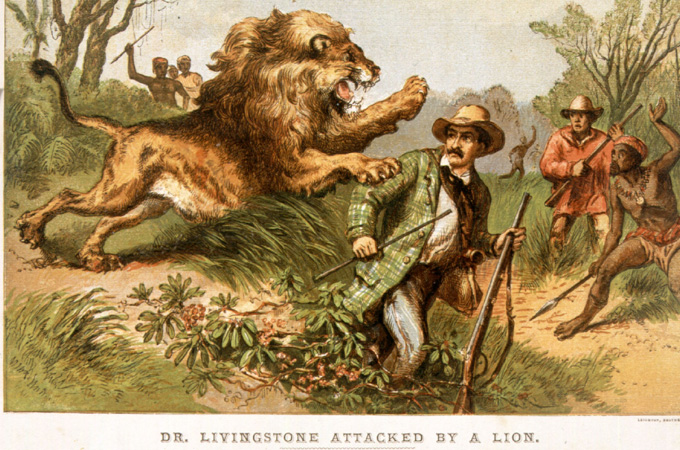 When the British took control of Egypt in 1882 they very soon realised that they had become rulers of a society [that] was totally dependent upon the Nile. So they understood from the very beginning that the economic stability, economic development and political stability of Egypt depended on Nile control.

They also understood that in order to improve their own position within Egypt, they had to prove to the people of Egypt that they were able to provide water to them.

From quite early on, the British also decided to – in a way – transform Egypt into a cotton farm for the textile industry … in England.

They [also] understood that in the long run, it might be very useful for London to have control over the Nile upstream of Egypt. So, if need would arise, then they would have a potential power against Egyptian nationalism.

I think that this – well it is a quite complex relationship between the hydrology of the Nile, the emerging water crisis of Egypt in [the] 1880s/1890s, regional power relations and the British strategy. All these combined to create what I call [the] British road to imperialism of the 1890s.

Talking about the Nile

In the 1890s, there was a growing awareness in Egypt that there was a water crisis coming. The gap between the demand [for] water and supply of water increased. There emerged a kind of Nile discourse in Egypt. A lot of people were engaged in talking about how to secure more water for Egypt. So in the 1890s, already people [had] started to talk about the need for doing something with the Nile upstream of Egypt, in the Sudan, in what is today Uganda. So when the British decided to conquer the Nile basin, that was very much in line with contemporary thought among people interested in Nile control.

Taking the Nile ‘in hand’

In about 1890, the British made it very, very clear towards the other European powers struggling to get control of territories in Africa, that the Nile basin should be a British sphere of interest. This was in a way acknowledged by the other European powers. By the beginning of the 20th century, the British had diplomatic agreements with [their] European rivals acknowledging that the Nile basin was indeed a British sphere of interest. The[se] agreements … did not guarantee British control of the Nile but [they] … made it possible.

[Britain] had in a way a green light for implementing their own Nile basin strategy, which of course developed during the 1890s and the first decade of the 20th century into a real comprehensive strategy for utilising the Nile water in accord[ance] with the interests of the British Empire.

[The British] had very, very ambitious plans for the Nile. Some of these people thought that they were following in the footsteps of the builders of the pyramids – [but that their plans were] much more important. The plans that some of these water engineers had – they wanted to tame the Nile. Not only the British water planners, but all the British politicians were very ambitious indeed when it came to control[ling] the Nile. They didn’t succeed in everything of course.

But at the turn of the century they were really at the forefront. They built [the] Aswan Dam, the biggest reservoir of its kind in the world at that time in Egypt. And they had plans for building a canal across southern Sudan on [a] scale that nobody else anywhere was thinking about at that same time.

The British were so concerned with improving the system of all year irrigation because what they needed all the time was more water during the summer. The more water during the summer time, the more cotton they could cultivate. They tried to turn the fertile deserts of Egypt into an area that produces cotton for export in order to both create political stability in Egypt [and] economic wealth for Egypt. The British thought that this strategy was in the interest of the British [and] in the interest of the Egyptian people.

Guardians of the Nile

But slowly, perhaps mainly because of a stronger anti-British political movement in Egypt … which ended of course in the Egyptian revolution in 1919 [and] perhaps [there was] a sign that the cotton farm in Egypt might be going …. So what they did is to give more and more emphasis to the development of the Sudan.

The British … wanted to use Nile waters in the Sudan for two reasons. They thought it was possible to grow cotton in the Sudan. In 1902, they had discovered that it was possible to build a huge – perhaps the world’s biggest – cotton farm in the Gezira area, an area between the White Nile and the Blue Nile in the Sudan. They had plans for this Gezira scheme that even envisioned this area to be bigger than the whole Nile Delta in Egypt – fantastically ambitious plans.

From the very beginning, the British thought that the Sudan geopolitically-speaking, held the key to Egypt.

Why? They said that they thought that the Nile is coming far from the south, crossing three climatic zones, thousands of different ethnic groups of people, very difficult to control from a downstream state like Egypt. But they thought that by doing more hydrological work in the Sudan, then it would be possible to develop a Sudan more independent from Egypt. They hoped to use a more independent Sudan from Egypt as a kind of leverage against Egyptian nationalism.

So that means they had two plans, two motives or two main strategic ideas behind the Jazira scheme. One [was] to increase cotton production in the Sudan for the benefit of the British textile industry. Secondly, as a sign to Egypt and also to the Sudanese people that “Egypt is not really in control of all the Nile, the Nile is running through Sudan”. Who has the power in Sudan? The British have the power in Sudan, which means that Egypt should be told, should realise that they would not do always what they wanted to do because upstream there, in the Sudan, you have the British and also the Sudanese want to use the Nile. So this was meant as a way to create a rift between Egypt and the Sudan and also to create a Sudan more independent from Egypt.

So when it comes to the Nile, the British in the Nile basin, we are talking about a kind of imperialism that both built and did not build. In other areas of the Nile basin they did not do that much for the same reasons. They put much more emphasis on development in northern Sudan and Egypt than they did on southern Sudan or present-day Uganda and present-day Kenya. Those areas should not use Nile waters. So they did not play that same crucial role in the whole British strategy.

It might be plausible to argue that the way the British developed Nile control increased the regional inequalities in the Nile basin. At the same time, it is also very important to acknowledge that the British were the first to really approach the whole Nile basin as one planning unit – as one hydrological unit …. Britain was an imperial power with imperial strategic concerns. They also played power politics in the Nile basin of course.