On August 2, 1990, the world was shocked by news that Iraqi tanks had blitzkrieged across the southern border and occupied oil-rich Kuwait.

The UN Security Council responded swiftly to the invasion and within hours passed Resolution 660 condemning the Iraqi action.

By August 9, the Council had passed Resolutions 661 and 662 which considered Saddam Hussein’s annexation of Kuwait “null and void”, and authorised the use of military force – later led by the US – to eject Iraq from its southern neighbour.

This put members of the Arab League at an impasse. On the one hand, they could not allow a member state to occupy another by force, yet they also feared the consequences of backing a foreign military force against an Arab country.

Many Middle East experts believe the invasion and occupation of an Arab state by another forever changed the geopolitical dynamics of the region and dealt severe blows to the controversial concept of unity.

The Arabs were now forced to choose sides.

On August 10, 20 Arab League countries at an emergency summit in Cairo drafted a final statement that condemned the Iraqi invasion of Kuwait and supported the UN resolutions.

Twelve Arab states supported the use of force while the remaining eight, including the Palestine Liberation Organisation (PLO), rejected a military solution to the Iraqi invasion.

For the PLO, this was a precarious gamble. Since its creation in 1969, the PLO had enjoyed considerable financial backing from both Iraq and Kuwait.

Yasser Arafat, the PLO leader, realised that it was impossible to satisfy his two backers; he believed he was left with no alternative but to support Baghdad.

“Our mission as Arab leaders is to find a solution that saves face for all of us. The solution [to Iraq’s invasion] must preserve our interests and Arab national security. It is our job today to find an Arab solution not an international one. If we go for the international solution, the map [of the region] will not stay the way it is now.”

Although Arafat did not condemn the use of force against Iraq, he nonetheless remained distressed by Saddam’s decision to invade a former ally and southern neighbour.

But the PLO leader’s regional diplomatic efforts to find a peaceful solution and his attempts to convince Iraq to withdraw its troops did not save him from Kuwaiti and Western anger.

Historians still debate why Saddam would undertake a military exercise which brought him global condemnation and forced his people to endure years of punitive, often deadly, sanctions.

Tensions with the West had been precipitating since early 1990, when Baghdad executed Farzad Bazoft, a British-Iranian journalist Iraqi authorities convicted of spying for Israel.

Iraq’s rapid industrialisation during the 1980-1988 war with Iran, the use of chemical weapons on the battlefield, and its battle-hardened military led some to believe that it had become a threat to Israel and other regional US allies.

There were also fears that an Iraqi strategic arsenal could pave the way for Saddam to exercise power over the Gulf, a vital transit for 40 per cent of the world’s oil supplies.

In March, Gerald Bull, a Canadian scientist working on Baghdad’s Babylon project to produce a “super gun” which could launch satellites into space, was assassinated in Brussels.

Later that month, British authorities claimed they had seized a shipment of nuclear components en route to Iraq and enforced an embargo on missile parts destined for Baghdad.

The PLO founder calculated that maintaining Iraq’s military power and rejecting a US military presence in the region were less costly scenarios in the long run than allowing Baghdad to annex Kuwait.During the 1980s, Iraq had helped supply the PLO with arms and it was Arafat’s belief at the time that a more militarised Iraq would support the struggle for Palestinian statehood.

He weighed the fact that Iraq had participated in force in all Arab-Israeli wars: 1948, 1967, 1968 and 1973, whereas Kuwait had no army it could afford to lose in the event of a future war with Israel.

But Arafat could not have been more wrong.

By the end of 1990, with a huge military force massing in Saudi Arabia, Iraq had become a pariah state. The Kuwaitis had financed a massive media campaign which called Arafat a traitor for supporting Saddam.

They considered PLO support for Iraq as treacherous ingratitude for years of support; the emirate had been home to hundreds of thousands of Palestinians since the 1970s.

UN mediators and an international contingent of diplomats tried to convince the Iraqi leader that he faced serious consequences if he did not withdraw by a UN-sanctioned January 15, 1991 deadline.

But Baghdad appeared to be digging its heels. Saddam declared that the army would leave Kuwait only if Israel withdrew from all Arab lands it occupied in Palestine, Syria and Lebanon.

In some circles, Saddam was seen as a hero of the Palestinian cause. But others believed that Saddam had miscalculated the Bush administration’s resolve in restoring Kuwaiti sovereignty.

On January 17, 1991 a US-led force of 33 countries attacked Iraqi installations in Kuwait. By the end of February the Iraqi army has been driven out, Baghdad had been massively bombed,  and its infrastructre rendered almost irrepairable.

The Iraqi army had suffered a near-fatal blow; with sanctions in place Baghdad could not import necessary equipment nor refit its spent arsenal. Iraq emerged from the Gulf War battered into submission with sanctions and reparations enforced under Chapter VII of the UN Charter.

The Kuwaiti emir returned to the country and his government was reinstated.

In the months following the war, some 400,000 Palestinians were expelled from Kuwait.

Kuwait, a founding member of the Gulf Co-operation Council (GCC) won support from the other members who promptly cut off ties with the PLO and withdrew financial backing.

From 1991 onward, Iraq’s role in the Middle East greatly diminished and it slipped into isolation.

Only one head of state, Hugo Chavez, the Venezuelan president, visited Iraq during this period.

Arab countries, such as Saudi Arabia and Egypt, emerged as influential peace-brokers.

Cairo, which signed a peace treaty with Tel Aviv in 1979, became a mediator of peace talks between Israel and Arab countries.

With Iraq removed from the arena and the Palestinian position during the Gulf War well-remembered, the PLO found itself isolated.

In 1997, Ahmed Qurei, a prominent Palestinian leader, told this writer that the PLO suffered considerably since Iraq’s defeat in the Gulf War.

Arafat found himself without recourse. His strong Iraqi backer had now been walled in by punitive sanctions, a failing economy, and a military without up-to-date hardware.

And the Gulf nations had grown very distrusting of the PLO and its leadership.

Arafat felt pressure mounting for him to make concessions and engage with Israel in a new Middle East peace initiative.

It was at this time that he coined the phrase “peace of the brave”. Only 10 months after Iraq’s defeat in the Gulf War, PLO negotiators were sitting in Madrid, Spain negotiating peace with Israel.

On September 13, 1993 Arafat and Yitzhak Rabin, the then-prime minister of Israel, signed a peace deal in Washington ending decades of hostility between the two parties.

Jordan signed a peace treaty in 1994, while Syrian-Lebanese negotiations with Israel remain in limbo.

More episodes from
PLO: History of a Revolution 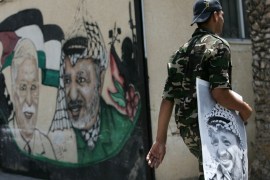 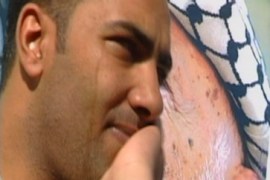 PLO, History of a Revolution: Intifada 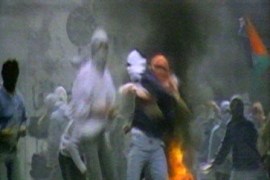 Timeline: History of a Revolution 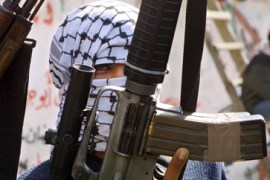 Show more
More episodes from
PLO: History of a Revolution

PLO, History of a Revolution: Intifada

Timeline: History of a Revolution