The world’s richest man, Jeff Bezos, is heading to space on his own spaceship on July 20th – though he’s already been upstaged by another billionaire space tour. Where the global space race was once decided by the wealth of nations, now its future is increasingly determined by ultra-wealthy individuals worth more than many countries. Their pursuit of space could put new resources in reach, and it’s reshaping the laws of outer space – at least, the ones made by humans. 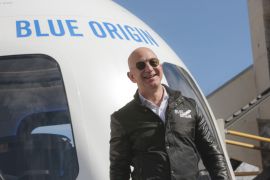 Blue Origin flight to rocket youngest person ever into space

Blue Origin said that Oliver Daemen will be launching with founder Jeff Bezos on Tuesday, rather than auction winner. 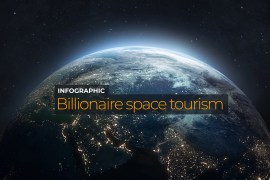 Space travel, once reserved for rival superpowers, is now available to anyone who can afford it. 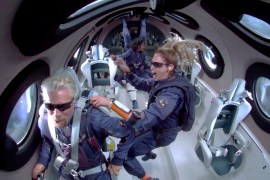 Virgin Galactic rocket ship touches down after soaring to space

Virgin Galactic launched a team of six including billionaire founder Richard Branson on a voyage to the edge of space. 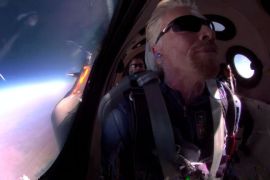 Billionaires and their spaceships: What next for space tourism?

Richard Branson beat rival Jeff Bezos into space by at least 9 days, marking the start of a new era in space tourism.