“Are you aware that you are ruining his life?”

It was a question put to me by a policeman in 2016 when I went to report the fact that I had been raped. Three years later, I heard it again.

But this time I was not in an interview room of a police station in Copenhagen. I was at a grand chamber in the United Nations building in Geneva. The question was not put to me by a policeman, but to a Danish government official by a UN expert. And it was framed in a very different way: “What are the steps you are taking to ensure that rape survivors don’t face questions like: ‘Are you aware that you are ruining his life’?” the expert asked.

This happened at the UN human rights review of Denmark last month which I attended as part of Amnesty International’s delegation. Although I was surrounded by friends and colleagues, hearing the question made my stomach turn and my mouth go dry. It was a question that has haunted me for years.

My experience of reporting my rape to the police was traumatising. I was 21 years old at the time. Before I got to the police station I felt torn by doubts. I feared that I would not be believed because the attack happened at my flat, because I knew my attacker and because no violence had been involved.

Unfortunately, I was right. The police were very dismissive. They did not think I had a strong case and my report never went to trial.

My experience made me acutely aware of how the flaws of the Danish justice system deter survivors from reporting and contribute to endemic impunity for rapists in Denmark. I also knew that as a middle-class white woman, I was not even seeing the worst of it. Our justice system treats women with less privileged backgrounds even more unfairly.

Experiences such as mine show how, despite Denmark’s reputation as a land of gender equality, women in this country do not get properly heard when it comes to gender violence. As an Amnesty International report recently revealed, its antiquated laws use a definition of rape based on whether physical violence, threat or coercion were involved or if the victim is found to have been unable to resist.

The situation is similar in other European countries. Shockingly, only nine countries in the European Economic Area (EEA) recognise that sex without consent is rape.

The government in Denmark is now committed to amending the law to recognise the simple fact that sex without consent is rape. If this finally happens, it would be a huge step forward – laws are what define our society and can play a major role in defining attitudes as to what rape is.

But laws alone will not eradicate rape.

A study from the European Commission found that more than a quarter of people in the EU believe that sexual intercourse without consent may be justified in certain circumstances, such as if the victim is drunk or under the influence of drugs, voluntarily going home with someone, wearing revealing clothes, not saying “no” clearly, or not fighting back.

We need the police officers, lawyers and courtrooms that handle these cases to be prepared and empathetic if we want the justice system to live up to its name. We need to end the gender stereotypes that reduce women to lying bundles of emotion and take seriously these brave testimonies so that no survivor’s life is ever seen as worth less than their perpetrators’.

And much more needs to be done in the area of prevention. In Denmark and elsewhere, we need better, age-appropriate and consent-focused sex education. The sex education I received growing up only taught me how to use a tampon and put a condom on a banana. There was no mention of consent and what it means.

That needs to change. We must teach ourselves and the younger generations about bodily autonomy and consent. No one has the right to anybody else’s body.

There is still a lot of work to be done when it comes to reducing sexual violence but we are not going to give up. Today, on the International Day for the Elimination of Violence against Women – and every day – we will continue fighting for our unequivocal right to autonomy over own bodies. 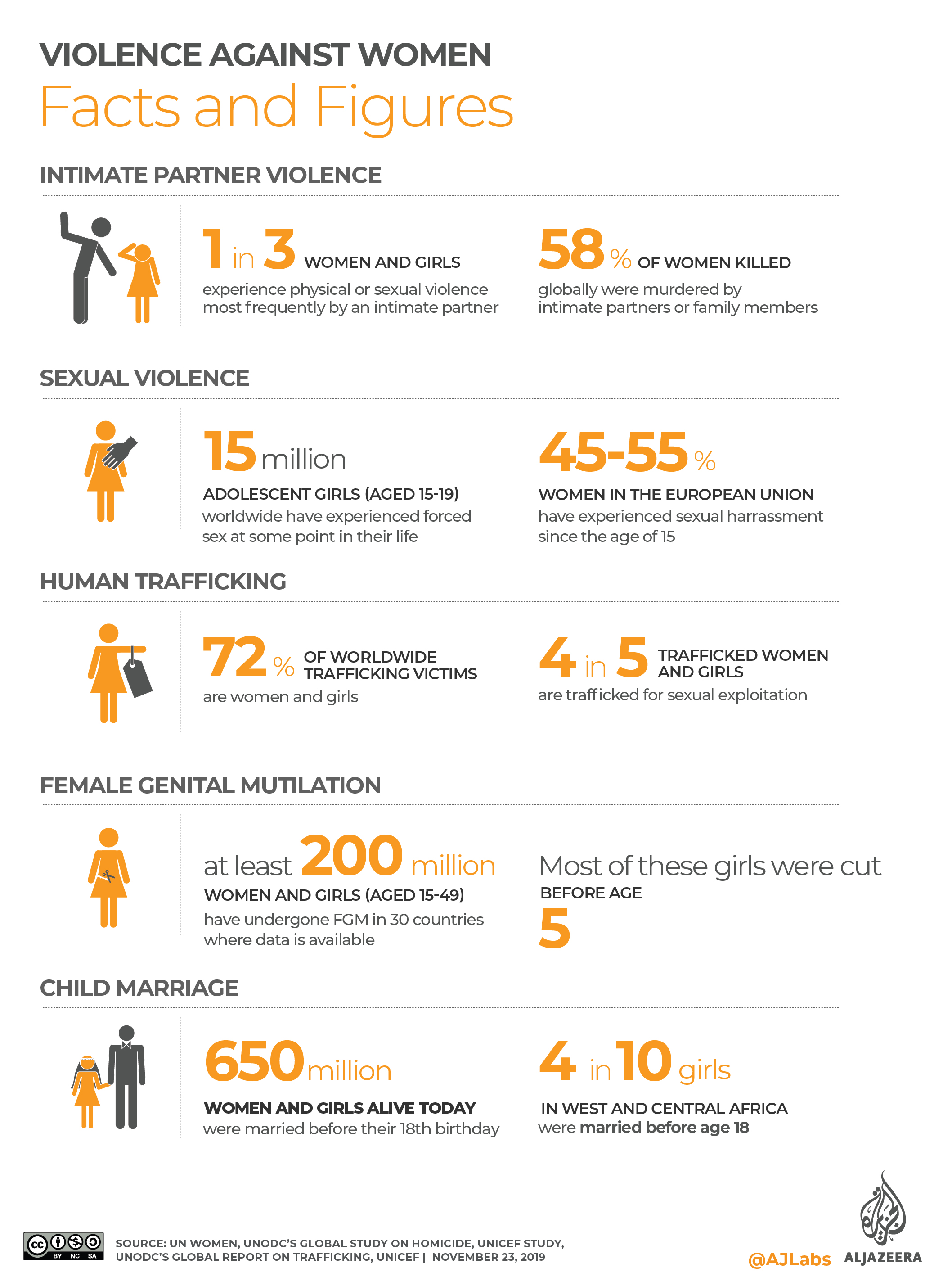