It sounds convincing, especially if one equates “the left” with “populism”, since left-wing leaders in Brazil, Argentina, Venezuela, Bolivia and Ecuador are losing ground as economies crumble and popular support for left-of-centre parties and policies gets feeble.

But what about the other side of the coin? How are Latin America’s right-of-centre politicians and parties performing lately, both in democratic elections and, afterwards, in office? Not so well, I’m afraid.

The Mexican and the Argentinian presidents have been directly elected, unlike their Brazilian counterpart. Temer, whose reformist agenda is tantamount to the one defeated in the ballot box in 2014 presidential elections. He came to office by way of a very controversial impeachment process – seen by many analysts as a “soft coup d’etat” – which ended up ousting Dilma Rousseff, Brazil’s first female president.

Even Nobel Prize recipient Juan Manuel Santos, a centre-right icon in Latin American politics, has been under harsh criticism in Colombia.

The peace agreement that his government had strenuously built along with the FARC has been rejected in a referendum. If it were not for a revised version, later approved by Congress, Santos’ diplomatic efforts would have been overruled by the Colombian people.

Now, think twice: If populism is loosely defined as the set of political practices whereby a leader connects with their citizens while disregarding institutional apparatuses, how is the rise of the right-wing parties and politicians, whose popularity is now far from brilliant, related to the supposed decline of populist leaders in Latin America? A link appears to be missing.

My hunch is that the alleged retreat of the left and centre-left in the region has little to do with the fading of populism.

A resolute commitment to sound political institutions and strong constitutions is not a feature of the current right and centre-right in Latin America. The situation is the other way around, it is possible to say..

Most if not all of these leftist governments have widely employed procedurally democratic techniques – such as popular consultations, referendums, plebiscites – to change the rules of the game to their own benefit, whenever they felt it feasible and potentially rewarding.

Even when the pursuit of change did not fully meet constitutional provisions, they have not bypassed political institutions. Instead, they used these institutions to reach their goals.

Breaking the rules is making the new rules – especially if the electorate stands on your side.

Let us now take a look at the way right-wing parties reached the presidency in Honduras in 2009, Paraguay in 2012 and Brazil in 2016. These three countries show how constitutional interpretation, not electoral performance, is the key to explaining recent changes of governments in Latin America.

After trying to pass a bill which, once approved, would have allowed numerous presidential re-elections, Zelaya of Honduras was abducted by armed forces and sent to neighbouring Costa Rica in his pyjamas, with a gun pointed to his head. His abduction was indirectly endorsed by the Honduran Supreme Court.

In Paraguay, Lugo was ousted after an impeachment trial led by Congress, with proceedings that took no longer than 24 hours.

Due process of law, according to the Paraguayan parliamentary opposition, had been fully observed. Again, the judiciary was taking sides with the legislative, so the move was considered lawful.

The Brazilian case should be seen as the height of institutional cynicism: on the grounds of having committed a “crime of responsibility” against the constitution, a president has been impeached only a year and a half after being re-elected with 54.5 million votes.

Rousseff was found guilty of undertaking fiscal manoeuvres which had been performed by each and every civil president of Brazil before her, not to mention federal state governors.

To say the very least, it was an unconventional, unprecedented and ad hoc legal interpretation that justified Rousseff’s removal from office. Brazil’s Supreme Court has overseen the process in its entirety.

Both the Economist and Foreign Affairs have fallen prey to their prejudices with regard to Latin America. I would go as far as to contend, with no sense of pride whatsoever, that we Latin Americans have been reinventing our political demons in the course of the past years. It is time to leave behind those frozen images from the early 20th century.

Latin America is not the land of old school populists any more. Institutional manipulation under democratic settings has reached new heights and become ever more sophisticated. What is more it is ambidextrous – not a monopoly of right or left.

Portraits in black and white should give way to blurry contours and multiple shades of grey. After all, politics in this part of the world may be harder to grasp than it seems at first impression. 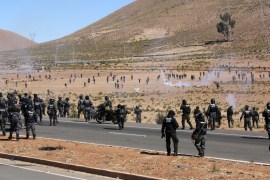 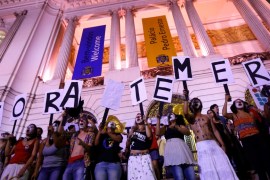