It's the deeper societal and cultural work, not the Assad conundrum, that's required to move Syria slowly, but surely, towards health.

What is happening in Aleppo is truly historic, as Assad said the other day. It is the spectacular tearing apart of a once united nation, to the point that its people can no longer agree on basic principles of humanity.

Declaring the Syrian revolution dead reduces it - and all the sacrifices Syrians have made - to a military conflict, and once again plays directly into the narratives of despots and dictators in the Arab world who treated the Arab Spring as their personal invitation to further destroy their own peoples.

The Spanish civil war spanned three years – why has the Syrian conflict endured so much longer?

Simply calling Assad evil and leaving it at that abrogates a responsibility to better investigate what powers and influence he does and doesn't hold and to reveal the political science that has kept his regime in power. 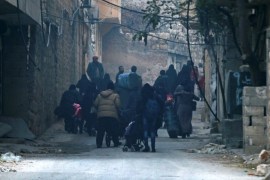 Six years on: The price of saying ‘no’ to Assad

Al Jazeera speaks to three Syrians whose lives have been forever changed since the 2011 uprising began. 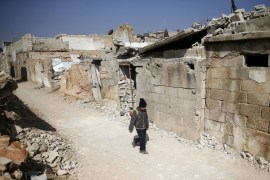 The ‘slow-motion slaughter’ of Syrian civilians