Last month the UK Prime Minister Theresa May reminded senior Republicans in Philadelphia of the power and importance of the relationship between Britain and the United States.

She argued that together we have won world wars and built the key global institutions on which the world relies: the United Nations, International Monetary Fund and the World Bank, all sharing a genesis in our cooperation, each reflecting our shared values.

Some of these institutions are currently under question in both our nations and perhaps require a “tune up”. Yet, that need not undermine May’s fundamental appeal for the US to stand with other world nations in addressing key challenges.

She said: “Because we know that so many of the threats we face today – global terrorism, climate change, and unprecedented movements of people – do not respect national borders. So we must turn towards those multinational institutions like the UN and NATO that encourage international cooperation and partnership.”

‘In Britain the debate is over’

The Paris Agreement created the framework for the shared global responsibility of arresting climate change.

It is not hyperbole to state that responding to climate change, as agreed in Paris, now sits at the heart of the relationship between the US, Britain and Europe.

Having served under Prime Minister David Cameron as Secretary of State for Energy and Climate Change, I have no doubt how fundamentally committed to climate action both Britain and the broader European community are.

In Britain the debate is over: tackling climate change has strong cross-party support. Senior ministers such as the Chancellor Philip Hammond, and the Business Secretary Greg Clark, get climate and if anything are sending even stronger messages of commitment to act on climate than the Cameron/Osborne Conservative majority government before.

I also had the privilege to work closely with the other 27 member states of the European Union, as we unanimously agreed on the 2030 legislative package to address climate change which outlines the ambitious commitments and strategy shared by European states.

Any withdrawal by the US from the Paris Agreement and its shared responsibilities will be viewed poorly across the capitals of Berlin, Paris, Warsaw and London. It will be seen as a negation of the leadership we expect from our ally across the Atlantic.

The meeting of the G20 this week in Germany provides a perfect opportunity for countries to stand together in the face of worsening crises and bolster prevention of future shocks. Climate change sits high in this agenda.

We look to the United States to join us, as they have over the last century, to lead the global community on the complex crises facing us all.

Working together to respond to climate change is in all of our national interests.

Providing support to developing nations dealing with the impacts of climate change protects us from the inevitable increased military and security threats created by instability caused by resource scarcity.

Having sat on the UK National Security Council, I know that climate change was treated as a key military risk at the highest levels of the UK government.

And by acting to help countries manage changes in the climate, we can help stem the unprecedented movement of people across the globe.

‘The US should take the lead’

Climate change stands at the centre of the world’s shared interests in managing instability. Rich countries must recognise their own self-interest in helping support the developing world with climate mitigation, if only because it manages risks closer to home.

Surely President Trump does not want to bear the costs of building a wall along the entire West Coast to keep the people of the Pacific from scrambling to higher ground?

We look to the US to join us, as they have over the last century, to lead the global community on the complex crises facing us all.

OPINION: Canada was first to try to muzzle scientists and fail

International collaboration and holistic responses are our best way forward. Inappropriate isolationism will serve no one. President Trump and his administration have not clarified how they will manage major international treaties and alliances, but their distrust of internationalism is clear.

Yet, such scepticism need not end in opposition. Challenging institutions need not mean rejection. Questioning how an agreement is implemented need not mean withdrawal.

So, when it comes to the Paris Agreement, the White House should reflect on how the US military have long regarded climate change – as a key threat multiplier: by reducing its impacts through the Paris Agreement, we can prevent conflict and the pressures behind mass movement of peoples.

Ed Davey is the former British Secretary of State for Energy and Climate Change. 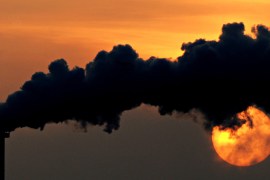 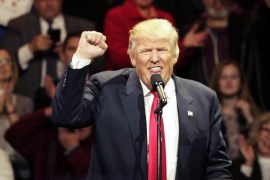