The Olympic Games are in full swing in Rio. Every time the world’s top athletes gather for the Games, people everywhere have the opportunity not just to root for their countries, but also to become engrossed by stories of sacrifice and success, of broken bones and broken records.

Beyond the incredible feats of athleticism are powerful triumphs of the spirit, such as that of the Syrian refugee swimmer Yusra Mardini, who less than a year ago jumped into the Mediterranean to help push her broken-down dinghy, containing 19 other refugees, to safety in Greece.

In this sense, the Olympic Games are as much about inspiration as they are about competition. But, thanks to the International Olympic Committee (IOC), the Games are also about something much darker.

In fact, the IOC – together with its national branches, as well as the associations representing particular sports – embodies some of the most prominent problems the world is facing today, from inequality to exploitation to sheer hypocrisy among our leaders.

Over the years, the IOC and its national branch organisations have been accused of everything from poor governance to corruption. Most recently, a Washington Post analysis damningly depicted the chasm between the earnings of the executives who run the show and the athletes who make it.

Many, if not most, athletes perform for little or no money. Sponsorships can provide funds, but they also include restrictive rules that limit athletes’ ability to raise more money for their training.

As the Olympic sailor Ben Barger noted, the money that the “Olympic Movement” produces “goes to executives first, then administrators, then coaches, and then athletes”.

The IOC has become a monument to some of humanity's worst tendencies - the greed, hypocrisy and exploitation that have led so many to distrust institutions.

So, for example, while IOC President Thomas Bach luxuriates rent-free in a lavish hotel suite in Switzerland, US Olympic medallist rower Megan Kalmoe lives close to the poverty line. Such extremes cast a pall of exploitation over the whole affair.

And the exploitation is not only financial. The IOC and its partners have a history of ignoring the perils that arise from the relationship between coaches and the young athletes they train – a relationship that has provided fertile ground for manipulation and abuse.

Coaches can use their position of authority to lead young athletes to start doping or to take advantage of them sexually.

As a recent Indianapolis Star report on US women’s gymnastics has revealed, such conduct is rampant, and the national federation overseeing the sport – an Olympic organisation – has consistently failed to address it.

What exactly it takes to win an Olympic bid is fuzzy, though gifts, junkets, and wining and dining clearly factor into it.

Whether Tokyo’s winning bid for the 2020 Olympics was aided by payments to a company linked to the son of the disgraced former world athletics chief Lamine Diack is currently under investigation.

The process may be murky, but the results are clear. In Rio, tens of thousands of Brazilians were displaced to make room for Olympic infrastructure, some of which has been criticised for posing safety hazards.

There is something deeply jarring about the glittering new projects that sit cheek by jowl with the poverty of the favelas and the juxtaposition of extravagant ceremony and the depth of the political and economic crises facing Brazil. The party goes on, while its host edges towards the abyss.

Clearly, the IOC’s priorities are badly skewed. Can the Olympic Movement be redeemed?

To answer that question, it is worth considering the experience of FIFA, another non-profit sports organisation beset by corruption.

The rule of ethics

In the two years since the truth about FIFA came to light, the rumblings of change can be heard, as what seemed to be an impenetrable system begins to crumble under the pressure of activists, sponsors, and football associations. This suggests that change is possible.

The first step is exposure. The good news is that, nowadays, it is harder than ever to keep such large-scale wrongdoing under wraps, not least because of the efforts of committed journalists and brave whistleblowers.

The testimony of the runner Yuliya Stepanova was the key to exposing Russia’s state-run doping programme. The bad news is that the IOC simply ignored the World Anti-Doping Agency’s report on Russia’s official scheme and stopped well short of banning its national team (PDF).

As FIFA’s experience showed, once sponsors become concerned about their reputations, their interests shift.

Now that they have been revealed, the enrichment schemes – which benefit, above all, the sponsors, executives, and a couple of superstar Olympians – are hurting profits. So, too, will continuing to turn a blind eye to powerful countries’ efforts to cheat.

Sponsors must show themselves to be responsive and responsible, saving face by recalling the Olympic spirit. The rule of law and ethics, built into the fabric of corporate governance, must now take centre stage.

The Olympic Games reflect not just who we are, but also who we hope to be. The system that underpins them has widened the gap between the two.

The IOC has become a monument to some of humanity’s worst tendencies – the greed, hypocrisy, and exploitation that have led so many to distrust institutions.

One hopes that the example of FIFA will help to mark a path to redemption for the IOC, and that the Olympic Movement’s governing body embarks upon it before the flame of what is worthy and inspiring about the games is snuffed out.

Lucy P Marcus, founder and CEO of Marcus Venture Consulting, is professor of leadership and governance at IE Business School. 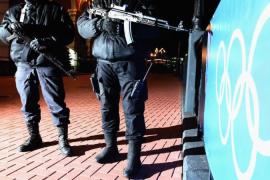 Why did the Sochi Olympics draw so much criticism?

Was Russia unfairly criticised compared to other Olympic hosts?