Last year as a group of academics, we made a presentation to a conference in Rutgers University, in New Brunswick, in the United States, about the changes in Turkey’s Kilis province following the influx of refugees from Syria.

Our remark on the fact that the number of refugees in Kilis exceeded the number of local residents within a few years drew more attention than we had expected, and raised numerous questions from participants.

Three months later, the mayor of Kilis announced that the province had been nominated for the Nobel Peace Prize “for accepting more Syrian refugees than there are local residents living there”.

Now, Kilis is once again at the top of news agenda on account of the loss of civilians by cross-border rocket attacks from Syria.

German Chancellor Angela Merkel’s visit to Kilis in April was postponed due to security concerns because of the increasing number of rocket fires.

From a border town to a buffer city

Since the armed conflict in Syria forced millions to flee, its northern neighbour Turkey has become the country hosting the highest number of refugees, with nearly three million.

Turkey’s repeated proposals to establish a “safe zone” on the Syrian side of the border has never materialised, thus Kilis – the closest city to the Syrian border – has begun to function as a safe zone and buffer city.

Located on the verge of the conflict in Syria, Kilis saw a dramatic social, economic, cultural and spatial change after having received more than 120,000 Syrian refugees over the past five years.

The city has always been a transition zone from the ancient times to modern day. However, the sudden influx of refugees has changed the pattern of urban life in the city to a great extent.

New dwellers of the old town

The historic core of Kilis is the “upstream” of all tangible and intangible cultural heritages with a bunch of monuments, stone houses, narrow streets, cul-de-sacs, squares, folklore and traditions.

Most of the residents, however, moved into modern apartments over time in the quest of more luxurious living conditions, leaving many houses in the historic core abandoned. Lately, Syrian refugees have taken shelter in these houses and become the new dwellers of the old town.

Cities are places of interaction. The de facto interaction between the old town of Kilis and its new dwellers has led to some interesting socio-spatial outcomes.

The rockets that hit the town are not only an attack on Kilis, but they are also a threat to disrupt the experience of living together, achieving multicultural engagement, and ensuring a robust integration.

There seems to be a cultural transition in the habits of both groups. Before refugees came to Kilis, there were stark differences between the two cultures, as hours of work and rest, clothing, cuisine, wedding and condolence traditions were different. However, as a result of the increased interaction, the traditions of the two cultures are changing to resemble each other.

The interaction has occurred not only with locals but also with space. Syrians refugees had to adapt the space by transferring some of their cultural codes in order to feel more “comfortable”.

They painted the walls with the same colours and techniques used in Syria. They rearranged interior spaces by dividing or merging cells. Some of them replaced the wood flooring with stone or tiles since they are used to washing the floor. In other words, a multicultural space is currently evolving in the city centre of Kilis.

Many Syrian refugees acknowledge that the conflict may last for many years and they could remain in Turkey for decades. Therefore, the more skilled and educated refugees try to adapt to the local community and organise themselves to increase their resilience.

A Syrian-run women’s community centre in Turkey, which brings together 260 Syrian students – both children and adults – and 18 Syrian teachers, is an excellent example of social engagement.

The students of the centre are taught sewing and hairdressing, and they produce various handicrafts. The centre also has a kindergarten and provides the opportunity to learn Turkish for women.

Between conflict and integration

Rinus Penninx, at the University of Amsterdam, defines integration as “the process of becoming an accepted part of society”.

The process occurs in two phases: In the first phase, refugees demand basic requirements such as shelter, food, medicine etc, in order to survive.

In the second phase – if they cannot head back to their hometown – they look for employment opportunities or set up businesses to live in better conditions, to enable their children to receive education, to get better medical care, and finally to become involved in society.

We can confidently suggest that the first phase is already over. Now, when the time has come to talk about medium and long-term policy – which should be designed by national and local authorities to ensure a smooth transition to the second phase – Turkey’s Kilis is under attack.

The rockets that hit the town are not only an attack on Kilis, but they are also a threat to disrupt the experience of living together, achieving multicultural engagement, and ensuring a robust integration.

Muhammed Ziya Pakoz is an urban planner and researcher at the University of Abdullah Gul, Faculty of Architecture, Turkey. 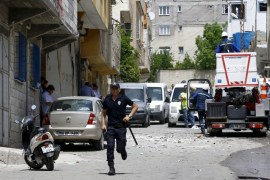 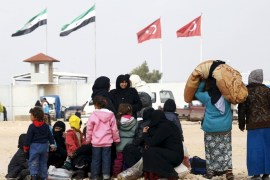 Kilis, a few miles from Syria border, nominated by Turkish politician for accepting and integrating 120,000 refugees.

Picking up the pieces: The path to Gulf reconciliation