Many of these controversies may seem as laughable as Bieber’s locks. What they reveal, however, is how degraded have become contemporary campaigns for social justice.

Cultural appropriation is, in the words of Susan Scafidi, professor of law at Fordham University, and author of Who Owns Culture? Appropriation and Authenticity in American Law, “Taking intellectual property, traditional knowledge, cultural expressions, or artifacts from someone else’s culture without permission”. This can include the “unauthorised use of another culture’s dance, dress, music, language, folklore, cuisine, traditional medicine, religious symbols, etc.”

But what is it for knowledge or an object to “belong” to a culture? And who gives permission for someone from another culture to use such knowledge or forms?

The idea that the world could be divided into distinct cultures, and that every culture belonged to a particular people, has its roots in late 18th-century Europe.

The Romantic movement, which developed in part in opposition to the rationalism of the Enlightenment, celebrated cultural differences and insisted on the importance of “authentic” ways of being.

For Johann Gottfried Herder, the German philosopher who best articulated the Romantic notion of culture, what made each people – or “volk” – unique was its particular language, history and modes of living. The unique nature of each volk was expressed through its “volksgeist” – the unchanging spirit of a people refined through history.

Herder was no reactionary – he was an important champion of equality – but his ideas about culture were adopted by reactionary thinkers. Those ideas became central to racial thinking – the notion of the volksgeist was transformed into the concept of racial make-up – and fuelled the belief that non-Western societies were “backward” because of their “backward” cultures.

Radicals challenging racism and colonialism rejected the Romantic view of culture, adopting instead a universalist perspective. From the struggle against slavery to the anti-colonial movements, the aim not to protect one’s own special culture but to create a more universal culture in which all could participate on equal terms.

In recent decades, however, the universalist viewpoint has eroded, largely as many of the social movements that embodied that viewpoint have disintegrated. The social space vacated by that disintegration became filled by identity politics.

As the broader struggles for social transformation have faded, people have tended to retreat into their particular faiths or cultures, and to embrace more parochial forms of identity. In this process, the old cultural arguments of the racists have returned, but now rebranded as “antiracist”.

The campaign against cultural appropriation is, in other words, part of the broader attempt to police communities and cultures. Those who most suffer from such policing are minority communities themselves, and in particular progressive voices within those communities.

But how does creating gated cultures, and preventing others from trespassing upon one’s culture without permission, challenge racism or promote social justice?

Campaigners against cultural appropriation argue that when “privileged” cultures adopt the styles of “less privileged” ones they help create stereotypes of what such cultures are like, and assert racial power.

“By dressing up as a fake Indian”, one Native American told white students, “you are asserting your power over us, and continuing to oppress us.”

The trouble is that in making the case against cultural appropriation, campaigners equally perpetuate stereotypes.

After all, to suggest that it is “authentic” for blacks to wear locks, or for Native Americans to wear a headdress, but not for whites to do so, is itself to stereotype those cultures.

Nor does preventing whites from wearing locks or practising yoga challenge racism in any meaningful way.

What the campaigns against cultural appropriation reveal is the disintegration of the meaning of “anti-racism”. Once it meant to struggle for equal treatment for all.

Now it means defining the correct etiquette for a plural society. The campaign against cultural appropriation is about policing manners rather than transforming society.

Who is the authority?

This takes us to the second question: who does the policing? Who gives permission for people of other cultures to use particular cultural forms? Who acts as the gatekeepers to gated cultures?

Most black people could probably not care less what Justin Beiber does to his hair. Inevitably, the gatekeepers are those who are outraged by Bieber’s locks.

The Stream: When traditions become trends

The very fact of being outraged makes one the arbiter of what is outrageous. The gatekeepers, in other words, define themselves, because they are ones who want to put up the gates.

The debates around Justin Bieber’s hair or Beyonce’s Bollywood outfit are relatively trivial. But, in other contexts, the creation of gatekeepers has proved highly problematic.

In many European nations, minority groups have come to be seen as distinct communities, each with their own interests, needs and desires, and each with certain so-called “community leaders” acting as their representatives.

Such leaders are frequently religious, often conservative, and rarely representative of their communities. But they wield great power as mediators between their communities and wider society. In effect, they act as gatekeepers to those communities.

Their role as gatekeepers is particularly problematic when it comes to policing not fashion styles or cuisine but ideas. Community leaders often help define what is acceptable to say about particular communities, and what is “offensive”.

And notions of “offence” are often used to police not just what outsiders may say about a particular community, but to shut down debate within those communities – think of the fatwa against Salman Rushdie or the shutting down by Sikh activists of Sikh playwright Gurpreet Kaur Bhatti’s play Behzti, which explored the role of women within Sikh communities.

The campaign against cultural appropriation is, in other words, part of the broader attempt to police communities and cultures. Those who most suffer from such policing are minority communities themselves, and in particular progressive voices within those communities.

The real fight against injustice begins with ridding ourselves of our self-appointed gatekeepers. 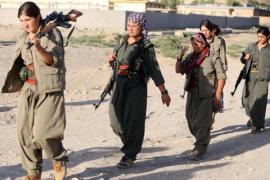 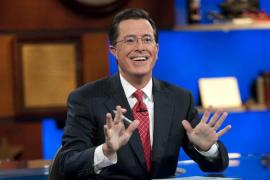