In the 15th century, the Ottoman Empire, drawing inspiration from Persian and Islamic precedents, created what was known as the “millet” (nation or community) system which granted each recognised religion or sect a great deal of autonomy in managing its own affairs, from setting laws to collecting and distributing taxes.

In its heyday, the millet system – which was progressive by the standards of the time – enabled the Ottomans to prosper as a patchwork of languages and cultures.

However, under strain from imperial decline and growing nationalism, the millet system was creaking and seriously showing its age by the 19th century, prompting a series of reforms, known as “tanzimat”, aimed at creating a uniform and equal Ottoman citizenship.

Across the region today – even in Israel – personal status and family laws are partially based on or inspired by the millet system. This means that, in the Middle East, we are destined – or doomed, depending on your perspective – to be born into a pre-determined religion or sect, regardless of what an individual actually believes.

With the exception of Tunisia, where identity papers do not mention religion, this accident of birth shapes the most intimate aspects of our lives, including marriage, divorce, inheritance and death.

If you happily belong to your designated community and are satisfied to live by its religious laws, then your life will be a contented one.

However, if you reject some of the traditional tenets of your faith, such as Christians who believe in divorce or Muslims who believe in equal inheritance rights for men and women, then life may prove difficult.

Women, who are discriminated against by pretty much every religion and sect, are particularly vulnerable when disputes arise, such as Christian women battling husbands who have converted to Islam for custody of their children.

In addition, if you belong to an unrecognised religious minority, such as Hindus or Buddhists, then you may have trouble practising your faith.

Now if you don’t believe in God, you are still stuck with the religious label attached to you at birth, and face the risk of prosecution or even persecution in some countries.

Fortunately, in Egypt, there is no law against atheism and atheists are coming out of the closet, despite piecemeal attempts at repression. Syria once allowed complete freedom of belief, including atheism, though it severely restricted political expression.

One curious effect of the millet system was that three neighbours and friends – for example, a Muslim, a Christian and a Jew – living in, say, Cairo might share the same language, culture and social reference points, yet officially belong to different “nations”.

Conversely, Christians, Muslims and Jews from opposing ends of the empire, who would not be able to comprehend each other’s speech and even culture, would be members of the same “nation”.

The modern manifestation of the millet system also encourages institutionalised discrimination against minorities, by blocking minorities from the upper echelons of politics in many countries and enabling unscrupulous civil servants and security officials to mistreat those who are different.

In its early days, this system was workable in a vast and diverse empire confident in its variety, but in the contemporary, embattled nation-states of the region the modern vestiges of the millet system have proved an obstacle to forging a common national identity.

No matter how much nationalists insist that God is for the individual and the nation is for everyone, the confessional courts, even if they only deal with personal and family law, suggest otherwise, particularly in the minds of religious conservatives and radicals.

I would hazard to say that the religious and sectarian strife we are witnessing in the Middle East is, in part, down to these divisions. This is because defining a person’s religion and sect from birth, and providing them with differential treatment because of it, leads to social rigidity, identity politics and the difficulty in forming hybrid identities.

A classic example of this is Lebanon, where religion and sect do not just govern issues of personal status, but define the country’s political landscape, with its strict laws on which political positions go to which community. This perpetuates the small nation’s divisions.

OPINION: The ghost of conflicts past, present and future

The modern manifestation of the millet system also encourages institutionalised discrimination against minorities, by blocking minorities from the upper echelons of politics in many countries and enabling unscrupulous civil servants and security officials to mistreat those who are different.

In extreme cases, it even facilitates persecution. For example, the religion field on Iraqi identity cards has been misused by the Islamic State of Iraq and the Levant (ISIL, also known as ISIS) and other militias to target citizens who belong to other religions and sects.

Fortunately, there are reformers who are striving for change, and they have scored a number of recent successes. This includes the introduction of civil marriages in Lebanon and the removal of the religion field from Turkish ID cards.

It is time for Middle Eastern countries to remove all mention of religious and sectarian affiliation from official documents, and to abolish religious family courts.

This would not only be good for the freedom of belief – not to mention love and the equality of citizens – it would also reinforce a sense of common national identity among communities within a country, promoting a sense of unity in diversity. 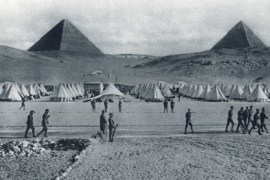 One hundred years after the inception of Sykes-Picot, world powers are back fighting over the same spit of land. 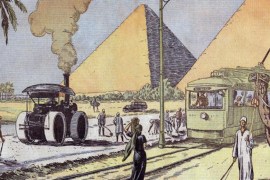 In the Middle East, the way we were

It seems harmless enough to be curious about a Middle East long gone, but it’s an overplayed theme.