On February 26, US Marine Lieutenant-General Vincent Stewart, director of the Defense Intelligence Agency (DIA), told the US Senate Armed Services Committee that Mosul would probably not be recaptured by the Iraqi security forces (ISF) in 2016.

Stewart’s comments are unsurprising. Military planners are by their nature pessimistic. But, as a result, the one scenario that military planners often overlook is that of unexpectedly rapid success.

In the case of Mosul, the least studied scenario – and potentially the most dangerous – is what might be termed “catastrophic success”: the collapse of the Islamic State of Iraq and the Levant (ISIL) group’s control in the city before stabilising forces and plans are in place to fill the vacuum.

Planners should spend time on this scenario because it is slowly moving from the improbable to the plausible.

On-the-ground progress towards the liberation of Mosul is moving faster than expected. Elements of four Iraqi army brigades are positioned around 40km southeast of Mosul and another two are on their way.

At least two US-equipped Kurdish Peshmerga brigades will be available by mid-March to support an assault on Mosul, and a range of other Peshmerga forces are already ringing the city’s northern and eastern arc.

US-backed special forces raids are beginning on the edges of the ISIL defences around Mosul. On February 13, US forces backed by Apache gunships smashed ISIL defensive positions at Kisik and Badush, northwest of Mosul, and seized the movement’s chief chemical weapons specialist.

US-backed special forces raids are beginning on the edges of the ISIL defences around Mosul.

Intelligence-backed air strikes on Mosul are also accelerating. Mosul city has replaced Ramadi as the most struck location in Iraq or Syria. Kurdish intelligence networks within the city provide a rich tapestry of information on ISIL.

There are even signs of localised resistance in the forms of a regular drumbeat of assassinations and attacks on ISIL forces in Mosul. Such resistance is likely to grow as liberating forces draw closer and their activities become more visible to the residents.

The long 80km perimeter of Mosul city poses a major security challenge to ISIL because residents, spies, and anti-ISIL resistance fighters will be able to sneak in and out with increasing regularity as a liberation operation becomes imminent.

As in Fallujah and a range of smaller cities where ISIL has been forced to brutally suppress dissent, there is strong potential for anti-ISIL uprisings in Mosul. In fact, the very size of Mosul – a factor often cited as an obstacle to its liberation – poses a severe challenge for ISIL.

Figuring that there are perhaps 7,000 committed ISIL fighters inside Mosul, the movement is outnumbered at least 50 to one by local military-age males.

The make-up of Mosul’s population poses a challenge for the liberators, too.

In prior years, there were estimated to be over 7,000 former military officers in the city, plus 103,000 other former soldiers in circulation in Mosul. There is at least one AK-47 for all of the city’s 450,000 or so military-age males and probably very many more, plus heavy weapons hidden away from ISIL.

Prior to 2014, Mosul was the most active insurgent hub in Iraq. A patchwork of Sunni militant groups ran the large-scale organised crime networks in the city, dominating real estate and profiting from mobile phone networks and trade. These networks are currently submerged and not entirely under the control of ISIL.

This all points to the question: If an anti-ISIL uprising began in Mosul, who would be the rebels? Would they be as immoderate as many of the “moderate Syrian opposition” fighters in Syria? Would the new leadership of Mosul include the old al-Qaeda in Iraq elements who refused to join ISIL – in effect, the Iraqi version of al-Nusra Front?

ALSO READ: Playing politics with boots on the ground

The problem is not necessarily that Iraq, the United States, and other Coalition allies would lack the ability to identify these armed elements that would inherit Mosul “the day after” an ISIL collapse.

As one US diplomat told me, “We know everyone,” – a statement I can well believe having been in Mosul in the occupation days and having seen the endless link analysis and network mapping materials prepared on the Mosul factions.

The problem would be de-conflicting the actions of the ISF, Kurdish forces, Shia militias, anti-ISIL Sunni militants, police, armed civilians and possibly even Turkish and Iranian forces in the hectic period after the ISIL defence collapses.

This kind of follow-on conflict might just be avoided if Iraqi and coalition military planners craft political agreements and carefully manage a gradual neighbourhood-by-neighbourhood liberation of Mosul that slowly unfolds over the next 12 months.

But what if ISIL control collapsed much sooner – before intracoalition agreements are in place and before the ISF and other troops are ready to enter?

What if the self-liberators of Mosul try to militarily prevent the Iraqi government and Kurdish forces from entering the city? The destruction of Syrian cities like Aleppo and Homs – and decades before, the fate of Beirut – show just how bad such interfactional fighting can become.

Michael Knights is the Lafer Fellow with The Washington Institute for Near East Policy. He has worked in every Iraqi province and most of the country’s hundred districts. 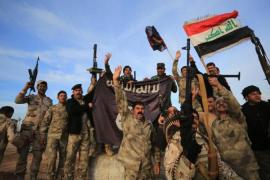 Patiently rebuilding the Iraqi Security Forces is key to defeating terrorism and cutting militias back down to size. 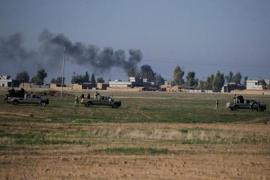