After concluding negotiations last autumn, the Trans-Pacific Partnership regional trade agreement was finally signed by its 12 Pacific Rim members on February 4. The United States-led trade pact, which would only go into force after all members ratify the agreement, would bring together 12 states and would cover a combined GDP of $28bn – nearly 40 percent of the world’s gross domestic product (PDF).

Aside from the US, the deal includes Canada, Mexico, Australia, New Zealand, Peru and Chile. Five of the current member states are in East Asia – Japan, Vietnam, Malaysia, Brunei and Singapore. Other regional players such as South Korea, Taiwan and the Philippines have also shown interest in joining the TPP, assuming it is ratified first by its inaugural members.

In the US, the TPP has been heralded by the Obama administration as a strategic agreement that underpins its policy of “rebalancing” to the Asia-Pacific. In fact, Barack Obama has even framed the TPPas an effort to ensure that China cannot “write the rules” on regional economic issues.

Simply put, Washington opposes any attempt to change the economic and security rules-based system in the region. While it is unlikely that The TPP will be ratified before Obama’s term is up, it remains the economic pillar of his “rebalance” which has been complemented by – up until this point – more successful initiatives on the defence and security side.

The benefits of Japan

Aside from ensuring Washington’s economic and strategic interests in the region, the TPP would provide a much-needed shot in the arm for the Asian states party to it. Japan, the world’s third largest economy, may have the most to gain from a finalised pact.

Tokyo also faces the most significant challenges as a result of pockets of domestic resistance to the deal and the challenging implementation of significant reforms needed if it is to be put into force. The TPP members represent nearly a third of Japan’s total trade – a number that exceeds its trade with China by a significant margin.

The TPP represents a binding strategic link between the US and the region - a much needed corollary to back up Washington's insistence that it intends to elevate and more importantly sustain its role in the Asia-Pacific.

Tokyo already has a web of bilateral free-trade agreements in the TPP region (with eight of the 11 member countries), but the real benefit is market access to the US. Sweetening the pot is the inclusion of Canada and New Zealand – two other members with which Japan currently has no FTA with.

A study by Japan’s Cabinet Office last December said that the country’s GDP is expected to grow by $140bn or 2.6 percent as a result of the trade agreement. In addition to increased trade flows, the deal will open the door for significant increases of foreign direct investment in the member states’ markets.

From a sector-specific lens, the TPP would boost Japan’s carmakers through much greater – and cheaper – market access to the US, its top source for car exports.

The downside is on agricultural products where Tokyo was forced to make painful concessions on its traditionally high tariffs for imports of products from abroad such as beef, pork and dairy. Before ratification, the TPP agreement will undergo heavy scrutiny in the Japanese Diet.

There are powerful special interests in Japan – especially farming groups who are concerned that the TPP will destroy their market share considering the lifting of traditional tariff and non-tariff barriers that protected their industries.

Benefits of other signatories

But Japan is not the only country in East Asia which stands to benefit from the TPP. Vietnam, Singapore, Malaysia and Brunei all secure a stronger regional foothold through their inclusion in the deal.

Indeed, Hanoi may be the prime beneficiary of the deal, with the Eurasia Group indicating that Vietnam’s GDP could grow by 11 percent as result of a finalised TPP (PDF). The same report concludes that Malaysia could achieve six percent GDP growth, with Singapore and Brunei gaining two and one percent respectively from the pact.

Malaysia and Vietnam are set to make big gains in the textiles and clothing sector, while Singapore would gain traction in hi-tech and electronic sectors.

But aside from the economic gains, finalising the TPP would be a geopolitical win for the trading bloc members in East Asia. The TPP represents a binding strategic link between the US and the region – a much-needed corollary to back up Washington’s insistence that it intends to elevate and more importantly sustain its role in the Asia-Pacific.

This reassurance is desperately needed as many states in East Asia grapple with the rise of China and are concerned about its assertiveness – especially in the maritime domain in the East and South China Seas.

Leadership on ratification of the TPP – alongside proactive engagement with China – would provide a shot in the arm to the economies of many states in East Asia.

Perhaps more importantly though, it would help to reassure Washington’s network of alliances and key partnerships in the region that the US intends to maintain a dynamic and multifaceted strategy of engaging in Asia for the long-term. 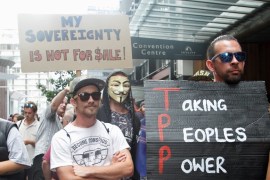 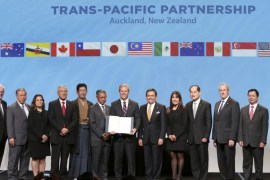 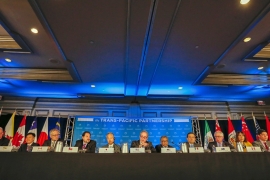