Masoud Barzani, president of the Kurdistan Region of Iraq (KRG) and leader of the Kurdistan Democratic Party (KDP) of Iraq, made a renewed call for a referendum on independence for Iraq’s Kurds this week.

While Kurdish independence has been a latent desire for this veteran Kurdish politician, what explains this recent, sudden announcement? The answer lies somewhere in between Barzani’s own domestic legitimacy crisis, falling international oil prices, and the fulfillment of ending a traumatic relationship between Iraq’s Kurds and the rest of Iraq.

While my family hails from the Arab south of Iraq, my first trip to Iraq as an adult was to Iraqi Kurdistan in 2003. Nevertheless, I was already familiar with the geography of this region before my arrival. I had conducted research on the Anfal Campaign, a military offensive launched by Saddam Hussein’s government in the final years of the Iran-Iraq War to quell the Kurdish uprising, where the Iraqi state employed chemical bombardments, depopulation campaigns, and mass executions against its own citizens in the north.

When I passed through the village of Koy Sanjaq, for example, it was difficult for me to appreciate its natural beauty. As a doctoral student I had spent hours reading captured Iraqi intelligence files during the Iran-Iraq War on this village.

At times, entire families from Koy Sanjaq were killed off, meticulously documented in a single piece of paper. Such documents are evidence of the traumatic relationship between the central government in Baghdad and Iraq’s Kurds.

However, despite the traumatic history, Barzani’s recent announcement may have to do with more Machiavellian strategies for his political survival in the future, rather than escaping the horrors visited upon Iraqi Kurdistan in the past.

In the summer of 2014 the Islamic State of Iraq and the Levant (ISIL) had captured a large swaths of Iraqi territory. Iraq’s future as an intact nation remained in doubt as ISIL seized Mosul and cities along the Tigris and Euphrates.

In order to pre-empt ISIL’s advance, Kurdish forces seized the city of Kirkuk, which lay outside of the KRG’s jurisdiction but had been long coveted as an integral part of Iraqi Kurdistan.

At that juncture, the KRG emerged in a position of strength relative to the central government in Baghdad, whose military had all but collapsed in the face of the ISIL offensive. In July 2014 Barzani articulated the possibility of a Kurdish declaration of independence.

However, as ISIL’s forces came dangerously close to the KRG capital of Irbil in August 2014, the Kurdish leadership realised it would have to rely on US support, particularly its air power, and subsequently deferred to Washington’s long-standing policy that Iraq’s territorial integrity remain intact.

Barzani’s most recent call for a vote on independence emerges at a time when he needs to seek legitimacy among his domestic constituency.

Barzani's most recent call for a vote on independence emerges at a time when he needs to seek legitimacy among his domestic constituency.

In October of 2015 protests erupted over his extension of the term limit as president of the KRG, including in his traditional bastion of support, the city of Erbil. Media blackouts were imposed and Kurdish security forces were deployed to break up the protests.

Not only did Barzani face this crisis, the KRG has also suffered from decreasing oil prices, its primary source of revenue, resulting in unpaid salaries for its civil servants and soldiers. Advocating independence for the Kurds now serves as a convenient ploy to deflect domestic criticism over Barzani’s indefinite rule and economic crisis, and allowing him to gain the support of his own base, as well as constituencies loyal to the KRG’s other political parties, such as the Patriotic Union of Kurdistan and the opposition party Gorran (“Change”).

In his recent announcement Barzani declared: “The same way that Scotland, Catalonia and Quebec and other places have the right to express their opinions about their destiny, Kurdistan too has the right, and it’s non-negotiable.”

His attempt to situate Kurdish aspirations with that of Catalonia’s highlights another motivation behind Barzani’s strategy. Not only does a call for independence appeal to Kurdish constituents, it serves as a tool to empower the KRG vis-a-vis the central government in Baghdad.

A recent “Foreign Affairs” article on Catalonia’s future highlights the manoeuvring behind the politicians in Barcelona and the Spanish capital, Madrid. What this article reveals – and my own experiences in the summer of 2015 travelling to Catalan cities such as Girona, and Iraqi Kurdish cities such as Erbil – is that while both populaces might have aspirations for independence, these dreams are manipulated by their political elites, who want to carve out more power for themselves.

While these elites might make promises of independence to their constituents, these calls serve as a means of pressuring their respective central governments to devolve power and grant more autonomy to the regional politicians, particularly in terms of controlling the local finances of the KRG or Catalonia.

Thus, Barzani’s recent announcement might be a tactic of brinkmanship, forcing the government of Baghdad to recognise a fait accompli, Kurdish control over Kirkuk, and even greater Kurdish control of petroleum resources.

When I visited Iraqi Kurdistan in the summer of 2003, a member of the KDP told me that what unites Iraqis across all ethnicities and faiths are “dumu’ mushtarika“ or “shared tears”. In other words Iraq as a nation suffered continuous trauma, whether it be three wars during Saddam Hussein’s tenure, or state-sponsored violence which targeted Kurds, Arabs Sunnis and Shia alike.

In saying that, I believe this Kurdish politician was trying to articulate our shared commonality and a hope that moving beyond that traumatic period in the future would bring Iraqis together.

However his hope failed to materialise. Even with a new Iraqi government in Baghdad, tensions persist between the KRG and the central government, between Kurd and Arab.

Barzani has called for a non-binding vote on independence. It is meant to make a point, rather than an act of immediate secession. Nevertheless, I fear that the results of such a vote would only further polarise an already polarised Iraq.

After that trip in 2003 to Iraqi Kurdistan, I eventually toured the entire nation, from Dohuk in the north to Umm Qasr in the very south. Having seen the nation in its entirety, as an Iraqi I now realise what independence would mean for Iraq.

If I found redemption for the Iraqi nation, it was in Iraqi Kurdistan. It was only in Iraqi Kurdistan that I felt optimism for the future, that if this one part of Iraq could flourish and succeed, perhaps the centre and the south could imitate its success.

Independence will fulfill a Kurdish dream. What that would mean for Iraq is most likely only more violent conflict with a future Kurdistan over borders, perpetuating the Iraqi nightmare. 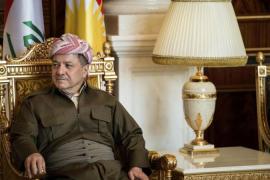 Is Barzani’s plan to hold a referendum on independence ill-timed or a long time coming? 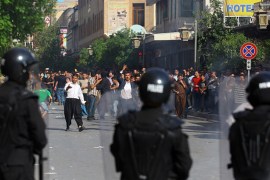 The big picture behind the violent mass protests in Sulaimania and Halabja.