TURK ASSASSINATES A RUSSIAN CONSUL […] Macedonian Insurgents’ Position Strengthened – Peace or War Seems to Depend on Prince Ferdinand of Bulgaria.

This New York Times dispatch is from 1903, from the Macedonian town of Bitola, where the Russian consul-general was assassinated by an Albanian member of the Ottoman army.

Macedonia’s ethnic heterogeneity between Slavs, Greeks and Albanians had fallen victim to growing nationalism, enveloped between an assertive Russia and a declining Ottoman Empire.

By the early 1900s, assassinations of ambassadors and consuls based in the Ottoman Balkans became a substantial source of concern for the imperial administration, as the loyalties of the multi-ethnic and multi-religious Ottoman military and police forces wavered along with the changing power dynamics in the Balkans.

The Balkans’ transition between two imperial powers had led to a rise of successive rebellions, which would eventually culminate with the Balkan Wars of 1912-13.

Yet, the 1903 assassination of the Russian consul-general endangered an earlier Balkan War, which would be postponed for a decade, after much political manoeuvring and diplomacy by Sultan Abdulhamid II.

Reminiscent of great power games of the past

Andrey Karlov, the Russian Ambassador to Turkey who was killed on December 19 is the first assassinated ambassador in Turkey since the foundation of the republic in 1923.

Having been assigned to Ankara in 2013, Karlov took over an increasingly difficult job with a tense portfolio, and presided over one of the most difficult episodes in Turkey-Russia relations in recent history, playing a key role in the improvement of relations since the Turkish shooting-down of the Russian jet in November 2015.

As another chapter of the Syrian civil war is being carried out brutally in eastern Aleppo, the flammable combination of great power interests and local, non-state, armed groups’ willingness to go on fighting, isn’t too far off from the conditions of 1903-1913.

While the World War I or Archduke Franz Ferdinand of Austria analogies that spread across the social media following the assassination of Ambassador Karlov may seem interesting initially, they ultimately forget the fact that Turko-Russian geopolitical competition goes far back to the 18th century.

Despite Russia's support for the Turkish government in the aftermath the failed coup attempt in July and both parties' emerging cooperation in Syria, there is little Russia and Turkey can do for each other beyond Syria and ongoing energy, tourism and trade partnership.

Even further, the current state of affairs between Russia and Turkey resemble more to 1903 than 1914, and Syria of today, looks more like the Macedonia of a century ago – similar powers, interests and peripheral reactions.

The 1903 assassination had led to a wider range of Ottoman concessions to Russia, partly to do with the diplomatic embarrassment over the incident and mostly to do with the piling Russian navy in the Black Sea.

Sultan Abdulhamid II even followed the trial of the Albanian soldier closely, making sure that he received the death penalty. Despite that, Turks entered the World War I when the Ottoman-German navies bombarded Sevastopol, the primary Russian naval port in the Black Sea.

No need for alarmism

Alarmism over “a new World War III” is largely unfounded, at least with regards to Turkey, Russia or Syria.

Although Syria is the high school reunion of the belligerents of World War I, the dynamics at play in Syria and Iraq (or Aleppo and Mosul) are more local (sectarian-historical) than international.

If anything, the assassination of Karlov will have a similar impact to the downing of the Russian jet in November 2015 – bringing Moscow and Ankara closer (or render Ankara more dependent on Moscow in security affairs).

After the 1903 killing, the amount of ethnic tension within the Ottoman army and local security forces had alarmed other embassies in Constantinople, who feared similar attacks and called upon their respective navies to dock their warships on the Bosphorus to protect their personnel.

Eventually, the rift within the Ottoman military, threat on foreign heads of mission and the European view that the empire could no longer afford a slow decline, resulted in a direct German command and training influence by 1909, uniting the Ottoman ranks enough to fight one last time in World War I.

Today, however, it is unlikely and difficult for Russia to exert a similar influence over the Turkish military. Despite Russia’s support for the Turkish government in the aftermath the failed coup attempt in July and both parties’ emerging cooperation in Syria, there is little Russia and Turkey can do for each other beyond Syria and ongoing energy, tourism and trade partnership.

Turkey has long used its improving relations with Russia as a lever towards attaining better negotiating terms with the European Union and strengthening its position in NATO. Turkey’s real focus has always been these two institutions, regardless of what Turkish officials say in heated public rallies.

Although this assassination is a significant second blow to Turkish-Russian relations after the downing of the Russian jet, it is unlikely to impair these relations. Assessments of a World War III or analogies of Archduke Franz Ferdinand are also quite out of proportion.

If anything, it will increase intelligence and security partnership between the two countries. Yet, the incident impairs Ankara’s ability to diplomatically pressure Russia either on the Aleppo evacuation, or its aftermath, or the role of Iran in post-war Syria.

And finally, it opens up more extensive pressuring channels for Moscow to force Ankara to end any and all proxy relations in Syria, effectively cutting off Ankara from Aleppo or its aftermath.

Akin Unver is an assistant professor of international relations at Kadir Has University, Istanbul. 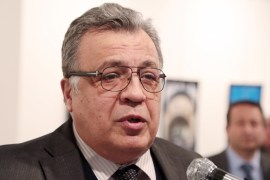 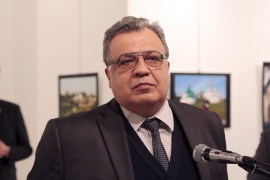