The recent publication of Ayaan Hirsi Ali‘s Heretic: Why The Muslim World Needs a Reformation and Sam Harris’ and Maajid Nawaz‘s Islam and The Future of Tolerance: A Dialogue, has seen all three authors appearing on the talk show and book tour circuit. Both books and writers seem to cement promising new dialogue, meant to showcase mutual respect and understanding between Muslim activists and commentators hostile to Islam. Yet, the Islamophobia industry still preys on the painful experiences of Muslims in order to further its own cynical agenda.

Islamophobia formally came into being after the events of September 11, 2001. The attacks threw order into disarray, and people sought answers for the hostility from some Muslims towards the West. The soul-searching soon turned into a blistering racism and bigotry against Muslims in the United Kingdom, South Asia, or the Middle East. Prominent scholars like Karen Armstrong, Tariq Ramadan and Reza Aslan have all commented on how Islamophobia has been deliberately nurtured to further political aims.

Like other forms of racism, Islamophobia's targets are not specific to any geographical area.

That bigotry was quickly and ruthlessly monetised in what Nathan Lean calls “The Islamophobia Industry”, a well-established and powerful machine that seeks to enshrine prejudice and bigotry as part of a discussion about Islam. Like other forms of racism, its targets are not specific to any geographical area. Its aim rests on ordinary people, and divides communities, cultures and countries.Through propaganda and prejudice, validated and legitimised by right-wing pundits, politicians, bloggers and scholars, an intolerant narrative leaks into view through the media, both mainstream and social.

The Islam-hostile industry, now nearly 15 years old, has recently taken on a new incarnation, one without which it could not survive: the addition of Muslim activists who have forged links with the commentators, scholars, think-tanks and media organisations most prejudiced against Islam.

Related: Knowing Islamophobia when we see it

These Muslim activists are all deeply concerned about the future of Islam if left in the ownership of its most extreme adherents. In aligning themselves with supporters of the Islam-hostile industry, as part of a high-risk attempt to enact change in how Islam is practised and perceived, they have earned the rancour and distrust of the majority of Muslims. They place themselves at risk, too, whether or not they are equipped with the narrative that the industry needs so badly to survive.

Muslim activists who have been embraced by this industry have often suffered trauma and violence in Muslim countries and communities. Their personal histories of form the backbone of their zeal to see reform and change in Muslim societies. Ayaan Hirsi Ali‘s history of suffering female genital mutilation as a young girl in Somalia, her escape from an abusive marriage, and her eventual migration to the United States is well-known. Asra Nomani suffered the murder of her friend Daniel Pearl in Pakistan; Irshad Manji dealt with dangerous homophobia as a lesbian in the Muslim community. Maajid Nawaz joined Hizb-ul-Tahrir as an impressionable teenager. He was jailed and tortured in Egypt before leaving the group and co-founding Quilliam in the UK.

The Islamophobia industry takes advantage of the painful experiences of their Muslim colleagues with little regard for their ordeal. Individuality is sidelined in favour of repetition for public consumption. When Muslims become personalities in the Islamophobia industry, they are praised for their courage and honesty. Yet, Muslims who could potentially benefit from their message the most become too anatomised to listen.

Great strength comes from overcoming trauma to help others. Narrative is how we make sense of our lives and the lives of others. There is power in the stories of both Muslims and ex-Muslims; they can provide stark warnings about extremism, with its accompanying patriarchy and violence. Many of these figures have been inspirational and their personal bravery is immense and undeniable.

But the cognitive dissonance of becoming part of a million-dollar industry that trades on prejudice should not be dismissed lightly. Equally painful is the toll of being ridiculed, mistrusted or regarded suspiciously by other Muslims, who see them as traitors. Even if this position comes out of a desire to foster changes, it is often impossible to be complicit with the Islam-hostile industry and escape unscathed.

Most of the Muslim activists who are associated with the Islamophobia industry feel that the sincerity of their mission will protect them. But they should ask themselves whether they are contributing anything constructive to what too often descends into a media circus. In the end, the embrace of the Islamophobia industry is an untrustworthy one. Muslim activists who hope to create meaningful dialogue will find their experiences exploited by a system that, in truth, cares little for meaningful dialogue. 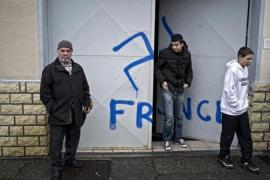 The rise of the counter-jihad movement threatens communal harmony as much as so-called ‘militant Islam’, says author. 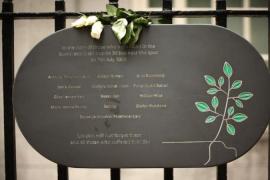