Nepal’s constitution drafting process stretches back to 2008, and most of the public is desperate to see the job finished. Especially after April’s devastating earthquake, the country urgently needs to move on, and one might think that any progress is a good thing.

Tragically, the country’s political elite – which has cynically misruled the country for decades – is now attempting to ram through an illiberal draft in a “super-fast-track” process, which will reverse many of the rights that Nepali people have gained in recent years.

To pull this off, the leaders are taking advantage of the earthquake’s aftermath, when many people are less able or willing to object. The political parties’ new-found sense of purpose is grounded in their desire to share access to the billions of dollars of reconstruction aid the country has been promised.

Meanwhile – to “nip any trouble in the bud”, as they might suppose – the government has equipped itself with vague emergency powers, and passed an ordinance to give the paramilitary police new powers of arrest, and “discretion” to open fire with impunity.

Nepalis were first promised a democratic constitution drafted by an elected constituent assembly (CA) in 1951, but it did not happen back then. The current process is the cornerstone of a peace deal signed with Maoist insurgents in 2006.

The country has long been governed by a relatively few men from two high caste communities, which taken together constitute only about 30 percent of the population (or 15 percent, not counting the women).

In 2006, all major parties agreed that the causes of the conflict, and Nepal’s deep and longstanding economic and political problems in general, could be partly addressed through a new constitution which would “restructure the state” and attempt to salve the injustices of class, caste, gender and regional discrimination, making politics more accountable and democratic.

Around the same time, a number of sometimes chaotic or violent protest movements demanded redress for mostly ethnic and identity-based grievances. The government concluded agreements, promising to address their concerns. A book containing 47 separate peace agreements signed between 2005 and 2010 lies on my desk, mostly meaningless now.

The Congress and UML are widely perceived to be 'reluctant federalists'.

The first CA was elected in 2008 with a majority for the “new forces”, including the Maoist former rebels (UML) and regional parties. However, they were unable to reach an agreement with the “establishment parties”, the Nepali Congress and the UML. The particular sticking point was federalism, and to what extent the new federal units should reflect the “identity” of various marginalised ethnic groups.

A second CA was elected at the end of 2013, this time with a large majority for the Congress and UML, but the Maoists and others stuck to their federal demands, and the deadlock continued.

After all of that, this

The first draft of the constitution emerged out of an agreement reached by four major political parties on June 8.

In certain respects this deal was encouraging – reaching compromise for example on a parliamentary system of government. However, it also contained provisions to promulgate the constitution and conduct much needed local elections, while postponing the delineation of federal provinces.

This was objectionable to those who believe that federalism is essential to end the neglect by the capital of the provinces, and to empower marginalised social groups. All major parties have repeatedly pledged to establish federalism for these very reasons, and felt obliged to include federalism in their election manifestos.

Nevertheless, the Congress and UML are widely perceived to be “reluctant federalists”. Proponents understandably suspected a plot to postpone federalism indefinitely. After all, they have enough bitter experience by now of how the top leaders evade change.

The Supreme Court ruled this provision of the agreement unconstitutional, because the Interim Constitution clearly states that the CA must complete all aspects of the constitution, including federalism. The leaders are pressing on, in defiance of the Court.

Heads I win, tails you lose

Nepal’s political establishment is fond of preaching democracy and the rule of law, yet in their hands it’s a game of “heads I win, tails you lose”.

The second CA was committed by a binding motion to carry over provisions agreed by the first. Yet the draft constitution has thrown out many of these. There is no space here to detail all the regressive measures that have been inserted: diminishing women’s citizenship rights, property rights and reproductive rights; diluting measures supposed to give inclusion to marginalised ethnic and caste groups; offering an opaque electoral system and uneven distribution of parliamentary constituencies; and threatening the freedom of the press. Landlords are served by the abolition of tenants’ right against forced eviction.

A Supreme Court advocate has written that one article (number 51), which is supposed to guarantee citizens’ right to legal remedy, is “the weakest constitutional provision ever made in Nepal’s history”.

Or, according to a political scientist, “a close study of the draft reveals stipulated rights being neutralised in other sections by clever word-plays in which Nepali officialdom excels”.

Previous agreements, election commitments, and the results of over five years of CA discussions, have been discarded. The draft constitution grants fewer and weaker rights than the Interim Constitution, which has applied during the peace process. It is more or less what one would expect to emerge, when a group of party bosses crowds around a keyboard to hammer out the stitch-up of their dreams.

Nevertheless, after the 2013 election victory of the Congress and UML, there is no doubt that current balance of power favours this settlement. The Maoists and regional parties have lost the game. They are discredited, ground down and defeated. Politicians of all parties are eyeing their share in the coming earthquake reconstruction bonanza. There is little public appetite for these issues. And among Kathmandu’s influential bourgeoisie, many are backing the draft.

After two weeks of scheduled public consultations, the government wants to promulgate the charter on August 5.

Can a settlement which wilfully rejects the demands for change that have rocked the country for two decades bring peace, stability and prosperity? That will depend upon which side of Nepal’s fundamental political polarisation has the correct analysis: those who believe that progressive reform is necessary to move forward, or those who believe that it is only a few people demanding change which is the country’s main problem. 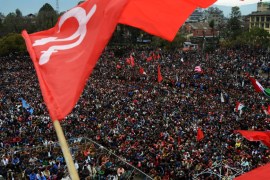 Police fire teargas and water cannon as about 35,000 protesters throng Kathmandu calling for constitution by consensus. 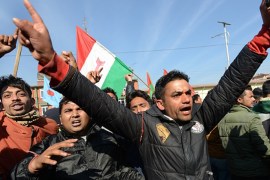 The vague agreement on Nepal’s constitution offers some encouragement, but the risk of disappointment is high. 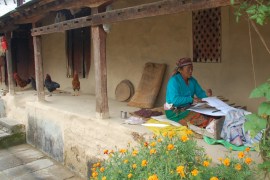 Nepal is one of the best examples of failed development aid – so why do the donors keep pumping more money in?