Seconds after a pro-Palestine article appears in a respected media outlet, a swarm of opposing comments immediately respond to the piece on various websites. The frequency and pervasiveness of these comments has a desensitising effect, but are they genuine? Do they come from individuals who regularly visit these particular media outlets, and are they truly moved one way or another by what’s written there to formulate a fair and informed response? A quick survey proves the negative.

Many commentators are not traceable to any real individual because they use pseudonyms. On Twitter, where there is much debate surrounding the Israeli-Palestinian conflict, some anti-Palestine comments or reactions come from pages with 25 followers and little activity; one begins to doubt whether these are genuine Twitter users.

Indeed, these commentators are paid individuals, often university students, who are hired by the office of the prime minister of Israel to respond quickly and fiercely to anyone daring to criticise the state of Israel and its actions.

While these efforts, called “hasbara” in Hebrew, are not illegal, they certainly raise questions over the ethics of the practice. Some would argue that this is simply an act of public relations, and that Israel has the right to defend itself the same way that companies and individuals have the right to hire PR companies to improve their image.

Throw in the false accusation that attacks on Israel are all part of a worldwide anti-Semitism campaign, and you can sleep easily at night. These paid students become brave soldiers fighting on the front-lines of a defence campaign against pro-Palestinian anti-Semites.

One would hope and expect that media outlets would introduce certain mechanisms to protect readers from paid commentators who are little more than political propaganda mercenaries. But in the absence of such a mechanism, should Palestinians and their supporters do the same thing? Should someone with deep pockets pay university students or others in major world capitals to respond to articles supporting Israel? Can this be done in the name of setting the record straight and, ultimately, does the end justify the means?

The case for Palestine is an easy one to defend. Millions of Palestinians are living under a foreign military occupation and a colonial settlement regime in defiance of UN resolutions. All one needs to do is point out the facts and relate the human stories. No need to fabricate issues or dig up outdated information to justify what is unjustifiable.

To call attention to such injustice, it is important to have a unified Palestinian strategy for liberation, in which media and public awareness play important roles.

At present, there is no official media strategy among those who wish to support Palestine. Many would argue that the current situation is better because it produces genuine reports and passionate commentary rather than paid propaganda.

Another problem that makes the idea of an anti-hasbara campaign difficult is the absence of an agreed upon national strategy. Should a media campaign focus on the two-state solution or the one-state possibility? Should it defend boycotting the settlements only or boycotting the state of Israel? Will such a strategy take its talking points from any particular group or will it be simply beholden to those who pay for it?

At present, the Palestinian reality does not welcome any serious media effort to counter hasbara efforts. Around the world, individuals who are genuine supporters of the Palestinian cause will continue to be the best defenders of Palestine.

Rather than respond with their own methods of paying for comments, supporters of Palestine must instead focus their attention on making sure the media is a fair and unbiased space for all.

A number of individuals and groups have already been successful in reaching out to major media outlets to both place articles and hold media accountable to standards of objectivity. Could a more well-planned effort improve the situation? Of course. Is more effort needed? Absolutely. 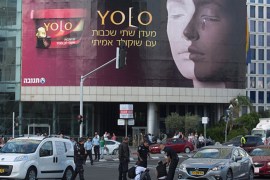 Israel is increasingly isolated and adrift, cast away on a wave of its own delusion. 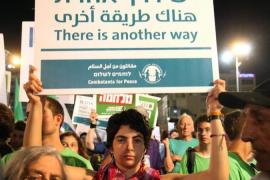 The grand failure of Israeli hasbara