On an ordinary Wednesday afternoon last week in Beirut, a dispute between two drivers ended in a brutal murder in broad daylight.

After the assailant, Tarek Yatim, rammed George al-Reef’s car, the latter chased Yatim in order to take his car plate number and report him.

Yatim led his victim, a father of four, to a secluded street where he assaulted him, stabbing him around 15 times and leaving him fatally wounded. Reef died two days later.

The murder sent shockwaves throughout Lebanese society, not because this kind of incident had never happened before, but because for the first time it was fully documented on video.

The whole incident was caught on surveillance cameras, and the footage spread on social media and made headline news on television.

The incident was a painful reminder that in a country in which the justice system lacks transparency and accountability, one can literally get away with murder – Yatim was well known for having had previous legal transgressions that went unpunished by the law.

Many believe the lack of formal accountability was due to Yatim being the personal bodyguard of a wealthy and powerful businessman with “connections”. But despite this background, and the social and broadcast media’s outrage, only one meagre protest was organised about the incident.

Perhaps the even more painful reminder generated by the murder of Reef is that Lebanese society seems to have accepted being subordinate to the political and economic elite as the social status quo.

In this status quo, the patronage of an economically powerful political figure or party becomes a goal to be pursued, because it is a way to achieve impunity from the law.

Yatim is but one example of an individual who had committed felonies and who was also accused of a previous murder but who never had to face the consequences of his actions.

There are numerous stories in Lebanon similar to that of Reef’s.

At the height of the Lebanese civil war in 1982, Hassib Rida was killed by a street thug who proceeded to throw the body in a waste bin; more than three decades later, Rida’s family still has not gotten justice for the murder.

It would therefore not be surprising if he had felt a sense of being untouchable that led him to go as far as committing murder over a trivial dispute. There are many “Yatims” in Lebanon.

The days after the murder witnessed a deluge of angry Facebook statuses, tweets, and blog posts expressing disgust towards what happened.

Were the social media circles to be taken as a measure of social action, one would have imagined that riots were about to break out in Lebanon.

Yet all the digital outrage and anger translated into was one small protest organised by the victim’s family and a few members of the political party to which he had belonged.

What was noticeable and tragically ironic is that a lot of the social media posts were criticisms of the bystanders who filmed the murder on their mobile phones but did not interfere to help Reef.

What was disappointingly absent was any offline social action by civil society.

Although the Minister of Justice called for an investigation of the murder to begin immediately, the police proceeded by blocking the demonstration led by the victim’s family.

This speaks volumes about ordinary Lebanese citizens’ feelings of helplessness in a society in which corruption becomes something to aspire to because it is seen as the only means to survive.

Privileged and immune from the law

In this kind of status quo, citizens do not try to change the system but rather seek to gain a foothold into the category of the privileged and the immune from the law. This shifts their priority from fighting injustice to trying to be one of the lucky few who benefit from it.

A recent report by the International Crisis Group concluded that most Lebanese “have relinquished any notion of holding their political class accountable, seeking instead to maximise individual gains and protect private interests.

Many have embraced and interiorised the game’s informal rules, according to which personal networks, patronage and corruption are the dominant operating mode and basic survival principles.”

If such a barbaric murder did not mobilise the Lebanese people into a full-fledged civil protest or at least a serious demand for the implementation of justice in general, and not just in the limited case of the murder of George al-Reef, then one wonders what would?

This incident highlights the lack of a sense of shared social responsibility in Lebanon.

Blaming others for inaction while passively waiting for someone else to engage in action on one’s behalf is a social plague.

Our fellow Lebanese citizens need to recognise that it is our society that is responsible for the murder of George al-Reef before anything or anyone else.

Bassem Deaibess is a women’s rights and environmental activist in Lebanon. He was the head of the Education GreenTeam Department at Greenpeace Mediterranean’s Lebanon outpost.

Lina Khatib is the director of Carnegie Middle East Center in Beirut. She was the co-founding head of the Program on Arab Reform and Democracy at Stanford University’s Center on Democracy, Development, and the Rule of Law. 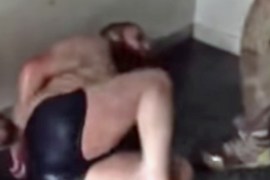 Videos of abuse at Roumieh jail similar to what Al Jazeera uncovered using videos and pictures provided by prisoners.