International efforts to counter Israeli policies and practises in the occupied territories, including the labelling of products from the illegal settlements as being made in Israel, are facing yet another underhanded Israeli trick.

The latest twist in Tel Aviv’s efforts to legitimise the illegal settlement enterprise is an initiative proposed by Prime Minister Benjamin Netanyahu, which appears – on the surface – to favour the peace process. But as the EU and other Western countries increase pressure on Israel, its latest deception simply circumvents global demands for an end to its 48-year occupation of Palestinian territory.

Netanyahu, who has tricked his way into winning elections and to forming a narrow coalition government, is now turning his conniving expertise on the Europeans – telling Federica Mogherini, the European Union’s foreign policy chief, that he was ready to discuss the borders of the settlement blocs that Israel would retain in any future peace agreement.

Initially, this appears to be a signal of readiness to begin unravelling the complicated “peace process”, but in reality, the Israeli aim is clear: to annex yet more Palestinian territory, without making any commitments to end the occupation.

The Israeli idea is a distortion of a concept agreed by late former Palestinian President Yasser Arafat during the failed 2000 Camp David summit.

Palestinian negotiators accepted then that the two-state solution might require land swaps, but have repeatedly insisted that these must be small, and equal in size and quality.

What the Israeli leader wants to do is reach an agreement – with the Europeans, apparently – on the settlements, and totally ignore the context and spirit of the original agreement on land swaps.

Ever since the most recent stalemate in the peace talks began, Palestinians have insisted that they would only return to the table if Israel were to suspend settlement building and agree to a two-year timetable to end the occupation of Palestinian lands.

All major parties in Israel have consistently rejected any concessions on East Jerusalem, unilaterally annexed to Israel as Israel conquered Palestinian and Arab territories in 1967. Netanyahu has also insisted that Israel would keep security forces throughout the Jordan Valley.

Palestinian President Mahmoud Abbas has meanwhile agreed to a third-party military presence, such as NATO troops, for a limited period after the end of the occupation.

What Netanyahu’s idea aims to accomplish is relief from the international community’s demands regarding the illegal settlements, without any concession to Palestinians in terms of ending its occupation.

The initiative is said to have impressed the European leader, who, according to Israeli media, used the term “two states for two people” – a reference to Israel’s demands for a “Jewish state”. Palestinians reject this exclusivity, as 20 percent of Israeli citizens are Palestinians, who are not of the Jewish faith.

Pressure on Israel has been mounting since the April 1 acceptance of Palestine as a full member of the International Criminal Court. The Palestine delegation will be seeking to charge Israel with committing war crimes in the occupied territories, where a de facto policy of apartheid reigns.

Jewish settlers living illegally, according to international law, in the occupied territories have full legal and political privileges in Israel, as well as subsidised housing and utility support denied to the Palestinian majority.

According to the Fourth Geneva Convention, Israel’s transfer of its people into occupied territories and confiscation of Palestinian lands is forbidden.

Israel is also facing international censure over its policies towards the Palestinian Football Association.

Not only is Israel restricting the movement of Palestinian players, but it has added five
clubs from illegal Jewish-only settlements on occupied Palestinian land to the Israeli league. Such violations prompted the PFA to call for the expulsion of Israel from football’s world governing body, FIFA.

A vote, held on May 29, required a 75 percent majority of FIFA’s 209 member countries to expel Israel. As the bribery and corruption scandal surrounding FIFA broke this week, representatives of several of Israel’s key allies were hauled in for questioning by police – but, after much lobbying and media bluster, the Palestinian delegation withdrew its motion minutes before it was due to be voted upon.

A deal had been reached, it was announced, that would see the Israeli Football Association sit with the Palestinian Football Association and representatives from FIFA – that bastion of transparency and democracy – to work out their issues, without the expulsion of Israel from the global game.

Israeli attempts to mitigate this global focus on settlements must not be allowed to divert attention from the goal of ending the occupation.

Israel can’t act on its own on these issues – and the European Union should be careful not to allow such political trickery to distract European lawmakers from their clear stance against the settlements.

Netanyahu’s initiative is a clear sign that Israel is finally starting to understand that the global community can no longer tolerate its shenanigans. International pressure on Israel must continue unabated, making the cost of occupation and settlement so high that Israelis will finally understand that they need to give up both if they want to be considered part of the world community.

Any attempts at obfuscation and delay along the way must not be allowed to distract us from pursuing an end to the occupation of Palestine. 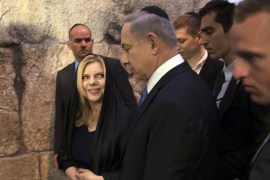 The Israeli-Palestinian conflict is not going to be resolved by a simple play on words. 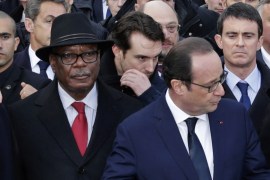 Who wins if Washington loses in the Middle East?

With Washington’s support for Israel now shaken, Palestinians may yet benefit from Europe’s growing influence.