Afghanistan is experiencing an unprecedented level of increased violence and armed conflict by the Taliban and foreign fighters, further deteriorating the already fragile stability and security of the country.

Atmar also said that the Islamic State of Iraq and the Levant (ISIL) is seeking to “get access to the drugs market in Afghanistan” to finance its activities and infiltrate Central Asia.

The sharp degradation of the security situation and the current state and nature of armed conflict in Afghanistan is no doubt preparing the ground for the US to continue its military presence and its unfinished war in the country beyond 2017.

From Kabul’s perspective, US financial support to the Afghan national security forces and the increasing insecurity and level of threats from “foreign terrorist groups” such as ISIL are the main factors behind the need for a prolonged US military presence in Afghanistan.

Since the establishment of the new government in Afghanistan, President Ashraf Ghani and other senior officials have repeatedly expressed their wish to Washington to have more “flexibility” regarding the withdrawal of US troops from Afghanistan.

Atmar recently said that “Afghanistan is satisfied with the security pact” signed with the US. The bestselling argument in defence of the Bilateral Security Agreement – as this senior Afghan official puts it – is that “the US provides $12m to the Afghan security forces on a daily basis”, that’s an annual aid of $4bn.

However, it creates a complete state of dependency. The US has intentionally failed to equip Afghan national security forces with modern weapons.

The Afghan president and his national security adviser have both stuck to their narrative about the growing threat of “international terrorism”, in particular, the presence of ISIL in Afghanistan.

But in Afghanistan, is ISIL a myth or reality?

Ghani has stated on a number of occasions both to a domestic audience and on the international stage that ISIL is worse than al-Qaeda and poses a serious threat to Afghanistan.

In his recent address to a gathering of the country’s political and religious leaders, Ghani said “international terrorism wants to deny Afghanistan a stable future, and is attempting to disrupt the state system in the region, and the world”.

Such statements on the escalation of insecurity in the country from the leadership of the National Unity Government are alarming for public opinion, both inside Afghanistan and also in the West.

On the other hand, despite the US administration’s statements about the end of its combat mission in Afghanistan, US forces have continued to carry out regular missions against the Taliban and other terrorist groups said to be threatening US troops and the Afghan government.

US jets and bombers are supporting Afghan national security forces in their combat missions. The ongoing military operations in Kunduz province of Afghanistan are a good example.

Since January, there have also been more drone and air strikes as well as operations by special forces as part of the US-led counterterrorism mission named “Freedom Sentinel” in Afghanistan.

Furthermore, the US and its NATO allies have not decided on a plausible end date for their ongoing mission in Afghanistan. The wide-ranging goals for the US-led foreign military presence in Afghanistan, as declared, include “stability, fighting terrorism, training Afghan National Security Forces, protecting the population and the country from outside attacks”, etc.

None of the above US-NATO goals in Afghanistan seem to be achievable with the current military strategy.

With around 9,800 US troops and tens of thousands of military contractors, the US military mission in Afghanistan is going to be an open-ended war for years to come. It is actually much broader and well beyond the scope and nature of what was agreed in the Bilateral Security Agreement between Kabul and Washington.

The rapid deterioration of the security situation caused by new and old brands of terrorists groups in Afghanistan and the alarming political messages of the current Afghan leadership are making the ground smoother for the US determination to stay in Afghanistan for its own geopolitical interests.

But the National Unity government of Afghanistan must attain a countrywide consensus in this regard.

Afghan MPs have already started a series of heated debates in parliament and on TV talk-shows criticising the security agreement with the US and demanding Afghan government “reconsider and review” the pact. They stress that ISIL is not an indigenous force in Afghanistan but “an intelligence project”.

If the US administration foresees a longer stay, it must find ways to end the growing suspicion about its objectives in Afghanistan among Afghans. Afghans would not oppose an extended US military presence in Afghanistan but only so long as it brings them peace and stability. 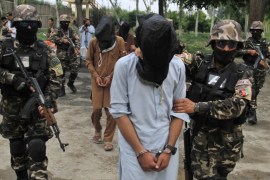 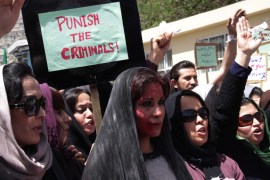