The Turkish authorities have reacted strongly to the two most recent condemnations of the “genocide” of Armenians a century ago.

First, on April 12, Pope Francis described the mass killings of Ottoman Armenians in 1915-1916 as the first genocide of the 20th century.

The pope had just performed a public memorial liturgy at Rome’s St Peter’s Basilica in the presence of Armenian President Serzh Sargsyan.

A few days later, the European Parliament reiterated its previous calls for Turkey to recognise the Armenian “genocide”, so as to pave way for genuine reconciliation with Armenia. The parliament also commended the statement by Pope Francis marking the centenary of the slaughter.

But Ankara has been readying itself for the centenary, which centres on April 24, Armenian Remembrance Day.

In a rather clumsy way, and for this year only, Turkish officials have brought forward Anzac Day commemorations marking the World War I battle at Gallipoli from April 25 – the day Allied forces landed on the Ottoman-held territory – to April 24, in what can only be seen as a bid to try to overshadow the centenary commemorations. Concomitantly, the lobbying of foreign decision-makers continues unabated to make sure that the G-word will not be uttered at any official or non-official centenary-related events.

Almost every year at around this time, Turkish legislators travel to Washington DC to lobby US officials against using the word “genocide” to describe the historic mass killings of 1.5 million Armenians. But this year, the lobbying delegation will be led directly by Foreign Minister Mevlut Cavusoglu – who is heading there this week.

A chorus of rejection

Top Turkish officials – without exception – have lashed out with undiplomatic insults against both the pope and European lawmakers. Ankara, in a fit of ire, even recalled its ambassador from the Holy See.

He went on to laud his own generosity in “not deporting” Armenian citizens of Turkey, worryingly conflating the number with the highly exaggerated figure of 100,000 Armenians believed to be working, mostly illegally, in Turkey.

The speaker of the Grand National Assembly of Turkey, Cemil Cicek, accused Rome of targeting Islam: “It is unacceptable for someone occupying that seat to cast such slander. What the pope has done is slander, defamation and discrimination. Hate speech is something we complain most about today; racism, hate speech, anti-Islamism.”

Prime Minister Ahmet Davutoglu was next to chime in.

“The European Parliament should not take decisions that would result in hatred towards a certain religion or ethnic group if it wants to contribute to peace,” he said. “This issue is now beyond the Turkish-­Armenian issue. It’s a new reflection of the racism in Europe… I am addressing the Pope: Those who escaped the genocide carried out by the Catholic world in Spain via the Inquisition found peace and safety in our just system.”

He added: “We are ready to look into everything, but we will not let our nation be insulted over its history. We will not allow Turkey to be blackmailed through historical debates.”

But it was Turkey’s EU Minister Volkan Bozkir who had the harshest words. He first called the European Parliament, an institution with which he works on a daily basis “a circus“.

“The role of parliaments, and in particular that of the European Parliament, which represents millions of Europeans, is not to write history but to provide realistic and lasting solutions to the challenges that we face today in Europe,” he said.

Bozkir then turned his fire on the pope, saying his stance on “the G-word” was due to the pontiff being from Argentina, “which welcomed Nazis, who were the lead performers of the Jewish Holocaust”.

Finally, Emrullah Isler, a former deputy prime minister, declared that if one should talk “genocide” then it should be about the genocide the Armenians “organised” against Turks.

But the harsh anti-western rhetoric is not limited to ruling party officials. With the notable exception of Kurdish politicians, all other political parties have decried both the pope and the European Parliament with equal vehemence. Alongside the ruling party, the opposition CHP and MHP have co-sponsored a joint declaration, slamming the European Parliament’s statement.

And religious leaders are also becoming embroiled in the controversy.

Mehmet Gormez, head of religious affairs, declared that foreigners should not get involved in the issue.

“It is upsetting that political lobbies and PR firms around the world have extended their activities to religious institutions’ rites and prayers,” he said.

The mufti of Ankara, Mefail Hizli, commented that the pope’s statement had “reflected a modern colour of the crusader wars launched in these lands for centuries”.

“These lands have long been the standard-bearer of the Muslim world, meaning many enemies, both from inside and outside of the country, have been launching attacks with different methods,” he said. “Frankly, I believe that the pope’s remarks will only accelerate the process for Hagia Sophia to be reopened for [Muslim] worship.”

The mufti’s comments comes as voices grow louder in governmental circles, calling for Hagia Sophia to be opened as a mosque on the anniversary of the conquest of Istanbul on May 29 – just nine days ahead of general elections. It is predictably being seen as a bid to lure devout voters.

The governor of Kars province, which borders Armenia, Gunay Ozdemir has, meanwhile, invited the pope to convert to Islam to seek enlightenment.

A senior columnist, Mehmet Barlas, writing in the daily Sabah, which has very close ties with the Erdogan family, has gone as far as suggesting that members of the Armenian diaspora in the United States had donated $25bn to the Vatican’s Institute for the Works of Religion in exchange for “the G-word” being mentioned by the pope.

A challenge to the state

This “holy alliance” is no surprise. The genocide of Armenians is the major component of the religious-ethnic cleansing and the massive spoliation of wealth targeting all non-Muslim groups of the late Ottoman Empire. This purge led to the invention of a religiously homogeneous Turkish nation-state.

Thus the genocide, like the Muslim-Orthodox exchange of population between Greece and Turkey, is at the very foundation of the Turkish Republic. In fact, the religious-ethnic cleansing continued unabated during the republican years. Non-Muslim religious monuments were mostly destroyed in the present era. So any formal – or even informal – recognition of past violence would challenge the very foundation of the state.

This state has not been militarily beaten into recognising its crimes, as Nazi Germany was. Yet, the Turkish establishment cannot deliver more than the ruling party’s recent meagre openings towards non-Muslim minorities.

Quite to the contrary, it needs, in the final analysis, not only to deny but to indirectly justify the genocide in order to reaffirm its very existence.

The one remaining unique flicker of hope in the persistent darkness are the works of memory undertaken by citizens at an ever-increasing pace. Such works of commemoration in Turkey challenge the mother of all taboos. 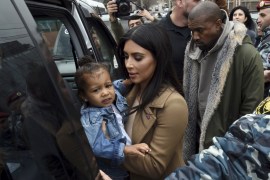 The Kardashian factor and the G-word

A PR battle rages between Turkey and Armenians 100 years after the mass killings. 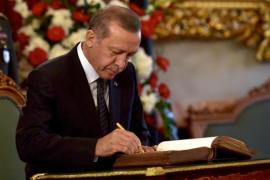 Rewriting history according to one’s own religious beliefs is a highly controversial and perilous enterprise. 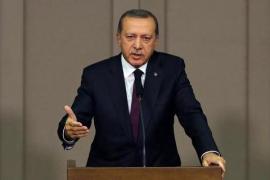