So, despite all advice, Israeli Prime Minister Benjamin Netanyahu went ahead with his controversial speech at the US Congress arguing why the US should not sign what he regards as “a very bad deal” with Iran.  In a speech lasting over 40 minutes and including over 50 punchlines, he tried to persuade the US Congress to block the deal or at the very least push for “a much better one”.

Otherwise, Israel would be “much safer without a deal”, he said, forgetting that the break-up of the nuclear talks would strengthen hardliners in Iran thereby increasing the danger to Israel. The failure of the talks would also immediately lead to the hardline majority in the Iranian parliament pushing for higher grade uranium enrichment.

Netanyahu’s play on words about what makes a good deal or a bad deal, or who is and who isn’t an enemy sounded more like a word game, trying to rhyme sentences, exaggerating threats and manipulating fears, illustrating that little serious thinking had gone into finding a real solution. He seemed to know little about the content of the agreement and his suggestions were too often totally one-sided, ironically resembling official speeches in Iran.

The hardliners in Iran, who have been clenching their fists already over the past few months, are pushing for a bill to increase Iran’s enrichment capacity to 60 percent. They would most likely have the bill approved if the P5+1 agreement fails. Then Iran’s spiritual leader, Ayatollah Ali Khamenei, is likely to withdraw his unprecedented support from the talks and from President Hassan Rouhani’s reform policies.

Instead, he would rely increasingly on the Revolutionary Guards, who boast of new strategic weapons and drones built in Iran, claiming there is no need for any other force “in the Strait of Hormuz and the Persian Gulf”.

But has Netanyahu said anything new? Not really. Just like Iranian hardliners, Netanyahu’s often dogmatic words, reflecting a hawkish response, have been heard several times over. Granted, Iran has been using unacceptable language threatening Israel with words of “destruction” and “annihilation”, but this has been going on for over 36 years, and if Israel hasn’t found a way of stopping it by now, Netanyahu is unlikely to do so when Iran is at the height of its international relations with the West.

Granted also that Iran has been creating far more influence in the region by its presence in countries in the vicinity of Israel, such as Syria, Iraq and Lebanon. Yet Iran is not alone in meddling in other countries. Israel and most Arab states are also heavily involved in funding their own militia groups and creating instability in the Middle East and Africa, each playing their own games with their own sets of friends and foe.

Israel has been in a full scale war with Palestinians in Gaza and Netanyahu’s premiership has been tainted with serious allegations of lapses in international humanitarian law and the killing of hundreds of civilians in Gaza. Rouhani claimed Tel Aviv was not competent to speak about peace.

“The claims against Iran are raised by a regime which invades its neighbouring countries time and again in a year and slaughters innocent people, and a regime that shoots down children in Gaza,” Rouhani said.

We can see the speech has already hyped the rhetoric in Iran when it would have made more sense for Netanyahu to reduce the tension, perhaps by trying to suggest smarter regional policy lines.

He cannot, for example, be serious in demanding a full freeze on Iran’s nuclear activity when he is sitting on a reportedly huge nuclear arsenal without even declaring it to the world or attempting to become a signatory to the Non-Proliferation Treaty (NPT).

“If these negotiations are meant to deprive the Iranian nation of its inalienable right of progress in science and technology, Iran will naturally not accept such an understanding and agreement,” Rouhani said.

Referring to Netanyahu’s speech, the hardline speaker of Iran’s parliament, Ali Larijani, warned that the Islamic Republic’s armed forces would “give an annihilating response to any type of aggression”. The Commander of Iran’s Basij Force, General Mohammad Reza Naqdi said: “The enemies should know that the Iranian nation will not accept any imposed deal which questions its honour and dignity and doesn’t remove all sanctions.”

Israel is seen as being just as much of a threat to Iran, especially with the kind of heated rhetoric that has been associated with Netanyahu. Iran believes that Israel has tried to thwart its nuclear programme, attempted drone strikes against its nuclear installations, and accuses Israel of being behind the assassinations of its nuclear scientists. Israel has rejected all the allegations.

Like Israel, Iran is also surrounded by mayhem. Several neighbouring countries are housing US troops, and some, such as Afghanistan and Iraq, are riddled with terrorism, factionalism and war, mostly as a direct consequence of failed international policies.

Netanyahu is making a mistake in attempting the break-up of what could be regarded as a historical nuclear agreement with Iran. At the very least he would be judged as a leader who, in pursuit of his own agenda, destroyed the chance of an agreement to keep Iran’s nuclear activity under the watchful eye of the International Atomic Energy Agency.

Netanyahu’s aim was to impress the US Congress and the Israeli voters just two weeks prior to Israel’s elections. He may well have achieved both. It is doubtful, however, whether he has created more peace and security for Israelis or managed to persuade the P5+1 and Iran from moving towards a viable agreement.

Dr Massoumeh Torfeh is the former director of strategic communication at the UN Assistance Mission for Afghanistan and is currently a research associate at the London School of Economics and Political Science, specialising in Iran, Afghanistan and Central Asia. 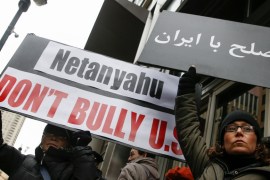 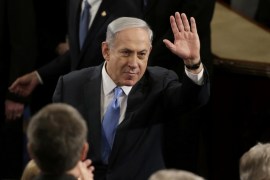 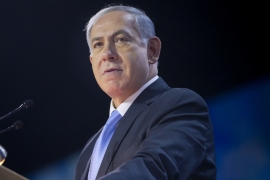