For years, Israel lobby groups have slammed the Palestinians’ call for a boycott of Israeli universities as an attack on “academic freedom”. Now the mask has well and truly slipped.

Next month, the University of Southampton in the UK will hold a conference on Israel and international law to bring together “scholars from law, politics, philosophy, theology, anthropology, cultural studies history and other connected disciplines”.

However, in an unashamed attack on free speech, the university has come under increasing pressure to cancel the gathering.

Late last year, the Board of Deputies of British Jews, the Jewish Leadership Council, and the Union of Jewish Students wrote to the head of Southampton’s Law School, claiming that the conference would “surpass the acceptable”.

In February, the organisations met with umbrella group Universities UK, where they complained that “freedom of speech” was preventing universities from “considering valid representations on behalf of the Jewish community”. Strangely, British ambassador to Israel Matthew Gould was also present.

In recent weeks, a steady stream of attacks on the University of Southampton has even included the suggestion that the conference would make the university “complicit in furthering the rising and harrowing tide of anti-Semitism in Europe”.

Disturbingly, Communities minister Eric Pickles has also intervened, and made himself the arbiter of what lies outside the bounds of “legitimate academic debate”.

For their part, the university has emphasised its legal obligations to protect free speech. A spokesperson said that the university “is committed to academic freedom, free speech and opportunities for staff and students to engage with a wide range of opinions and perspectives”.

Meanwhile, hundreds of academics have signed a statement in support of academic freedom. Professors from Oxford, Cambridge, LSE, Harvard, MIT, the University of California and more, have condemned “partisan attempts” being made to “silence dissenting analyses of the topic in question”.

The whole episode is instructive about the way in which Israel advocacy groups seek to hypocritically and disingenuously shut down critical discussion.

First, opponents of an academic boycott of Israel present themselves as defenders of “academic freedom” – even though Boycott Divestment Sanctions (BDS) is a campaign based on the institutional complicity of Israeli universities in occupation and war crimes.

The meaning of free speech is revised so as to mean a discussion that won't disturb Israel's die-hard defenders.

Yet the same Israel lobbyists who incorrectly say BDS is an attack on academic freedom now want to shut down a conference simply because they don’t like the ideas that will be discussed. Indeed, in a strikingly McCarthyite gesture, one anti-BDS umbrella group went through 56 conference speakers and labelled 45 of them “anti-Israel“.

Second, the initial strategy – first in private, then in public – was to insinuate that the conference would somehow harm “community relations”, a transparent attempt to tap into fears about “extremism” and antisemitism.

University officials were told by those seeking to censor that the conference was causing “great concern and distress” and would have “damaging consequences for student welfare and community relations on campus”. Jewish Leadership Council chief executive Simon Johnson claimed that the conference would “have a detrimental impact on cohesiveness”.

This kind of discourse is a growing trend. The Board of Deputies, for example, has cited “community cohesion” when opposing local councils who fly Palestinian flags in a gesture of support for an occupied people.

Third, the meaning of free speech is revised so as to mean a discussion that won’t disturb Israel’s die-hard defenders. Board of Deputies’ vice-president Jonathan Arkush demanded that unless the university “re-structured” the conference, it “should be cancelled”. This wasn’t censorship, he said, “merely” asking for “a balanced debate”.

The Board’s “insistence” on so-called even-handedness is ironic, given that the organisation’s outgoing treasurer has spoken of his inability to criticise Israel while in office. According to Laurence Brass, those who speak out “are subjected to very harsh and sometimes quite abusive personal criticism”. Indeed, Arkush himself requested that Brass keep quiet.

The double standards are beyond parody. The Henry Jackson Society’s Douglas Murray declared that the conference is not protected by free speech because it is “one-sided” – just days after penning an article that claimed “Britain is a country which now has trouble with free speech”.

MP Caroline Nokes, meanwhile, described “academic freedom” as “sacrosanct” before, with a lack of self-awareness, immediately qualifying the inviolable principle in the case of this “apparently one-sided” conference.

“This isn’t about academic freedom,” said the Zionist Federation in their petition. They protest too much. But it is not only a matter of standing firm against an attack on academic freedom masquerading as concern about “bias” or “community relations”.

It is also about the bigger picture, a continuation of efforts to silence critical debate and points of view, especially the Palestinian perspective, at a time when the voice of the expelled and occupied is being heard louder than ever. Efforts to censor are not a sign of strength, but of weakness. 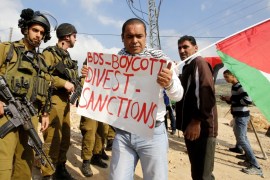 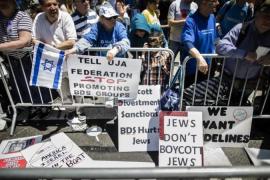