At face value, Kazakhstan has little in common with Qatar. The vast distance between us alone highlights our differences. Yet, look closer and similarities emerge and connections become clear.

Although blessed with considerable natural resources, our countries are focusing on “life after fossil fuels”. Qatar has Vision 2030, an ambitious initiative to innovate green energy, mirroring Kazakhstan’s Future Energy programme at Expo 2017 and our plans to make our economy 50 percent green by 2050. The initiatives are based on the premise that our future depends upon harnessing our resources in a sustainable way.

The rapid economic development Kazakhstan and Qatar have enjoyed in recent years means we have been able to harness the enormous natural resources we have in our lands. It also means we have learned from experiences of others and are implementing diversification programmes to move the countries away from a reliance on fossil fuel exports.

Diversifying our economies will be essential if we are to continue our development in the face of rising financial challenges. As Kazakh President Nursultan Nazarbayev has made clear, we all are facing a global economic slowdown on a scale of events larger in magnitude than those of 2008. Working together and boosting mutual investment is essential if we are to weather the coming problems.

Kazakhstan and Qatar already have a strong foundation on which to build: We have long-term agreements to boost cooperation in mining and investment treaties in a range of sectors, from agriculture to banking.

Qatar’s Central Bank and Financial Centre have agreed on a long-term agreement to collaborate with the Astana International Financial Centre, which aims to transform Kazakhstan’s capital into the financial hub of Central Asia. President Nazarbayev’s visit to Doha on October 25-26 will build on this progress and promises to bring with it a flurry of cooperation agreements that will benefit both countries.

Kazakhstan is ready to play its part, working closely with our international partners like Qatar.

We are facing regional challenges, too. The conflict in Syria remains the greatest challenge to the resolve of the international community. A political settlement in Syria is the only way to stop the violence. Kazakhstan is ready to play its part, working closely with our international partners like Qatar.

The chaos of the conflict has also proved to be a fertile environment for the growth of extremism. which is twisting and perverting the Islamic faith and damaging it in the eyes of many in the international community.

It is not a problem with Islam, but a problem born of political and economic instability coupled with hate. Working with Qatar and other international partners to overcome extremism and poisonous proponents is a priority for Kazakhstan.

For governments, there are ways to tackle the problem. We must work together to take down offensive online material, like the recent videos of ISIL murdering hostages. We must develop universal, anti-terror legal instruments, such as the recent UN Security Council Resolution on Foreign Terrorist Fighters, cosponsored by Kazakhstan.

As Nazarbayev proposed in his speech at the UN in September 2015, we should create a Global Anti-Terrorist Coalition to defeat this threat to us all. We must develop a stronger commitment and better tools to fight money laundering and the financing of terrorism. And we must increase our efforts to prevent terrorist access to weapons of mass destruction and arms.

Despite the recent – and welcomed – reductions in the number of warheads, those that remain could destroy humanity many times over. So we were deeply proud when Kazakhstan signed an historic agreement in August 2015 to establish the International Atomic Energy Agency’s Low Enriched Uranium Bank in Kazakhstan.

Alongside the Bank, Kazakhstan was proud to play our part in working with the P5+1 to secure a nuclear agreement with Iran. Both agreements will have a far-reaching impact and underlines our strong commitment to peace and the Non-Proliferation Treaty.

Our people know first-hand the catastrophic impact of nuclear weapons. The radioactive fall-out from nearly 500 Soviet nuclear tests at Semipalatinsk caused illness and death on a sickening scale. Hundreds of thousands of people were ravaged by radiation, and the tests left huge areas of our land contaminated, even today.

So, it is a mark of our friendship that Kazakhstan and Qatar are jointly implementing a project to build a rehabilitation centre for those victims in the city of Semey, Kazakhstan.

Whether in boosting economic ties, promoting a political solution to Syria, or pushing for stronger nuclear non-proliferation, Kazakhstan’s relationship with Qatar is continuing to flourish.

Erlan Idrissov is the foreign minister of Kazakhstan. 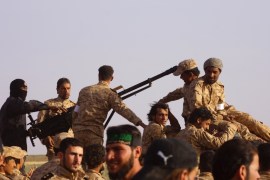 Syria’s chaos casts a deep shadow over our future

Kazakhstan’s foreign minister on the rise of ISIL and the need for better international cooperation to curb the threat. 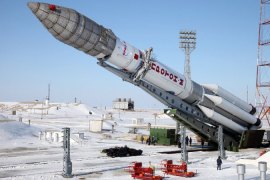 Kazakhstan: The model of nuclear disarmament

The central Asian nation has been working on reducing international nuclear tensions for the past twenty years.