Barcelona, Spain – I just returned from the sixth International Forum of Philosophy in Maracaibo, Venezuela, where philosophers from four continents were invited to discuss “State, Revolution and the Construction of Hegemony”. The event was inaugurated by the vice-presidents of Venezuela and Bolivia, televised by several channels, and on the last day, a prize of $150,000 was awarded to the best book presented within the Libertador Award for Critical Thinking of 2011.

Similar to the World Social Forum of Brazil, both the prize and forum aim to reflect not only upon the social progress that characterises these nations, but also the progress taking place in rest of the world; this is why only thinkers whose position is essentially leftist are invited, that is, those in the service of the weak, marginalised, and oppressed sectors of society.

Regardless of how effective the conference’s statement is on the governors that read it, what is interesting for us – European academics – is the institutional significance that is given to philosophy in the region. Is there a philosophy conference or forum in the United States or EU where vice-presidents take time to inaugurate a similar event?

The attendees might have all been progressive socialists (or even Marxists in some cases) and therefore have found from the start a certain sympathy from these democratically elected politicians (in Latin America, only Honduras does not have a democratically elected government), but our Western neoliberal governors do not promote similar conferences for their preferred intellectuals. We can only dream that the vice-presidents of Italy or Canada would finance a similar conference for 50 philosophers to reflect upon their policies. Perhaps the day will come, but in the meantime, we must ask ourselves what this Latin American forum tells us about the relation between philosophy and government.

Before exploring this relation, it is necessary to remember that most Latin American countries today are governed by socialist governments whose main objective is to elevate from poverty those citizens that were discarded by the neoliberal (and in some cases dictatorial) states that ruled the region in the past. This is why for more than a decade now, such renowned progressive intellectuals as Noam Chomsky, and many others have been endorsing Chavez, Morales, and other democratically elected presidents for their social programmes and economic independence from the IMF.

But despite the social progress (since 2003, extreme poverty has been reduced by 72 per cent in Venezuela), ecological initiatives (Morales has been declared the “World Hero of Mother Earth” by the president of the United Nations General Assembly), and economic efficiency (unlike the EU, Latin American economies will grow by 4.7 per cent in 2012) of these governments, a campaign of hatred and disinformation has been taking place throughout our Western media in order to discredit these achievements.

Perhaps, as Oliver Stone pointed out in his brilliant documentary South of the Border, this campaign is a symptom of fear that citizens in the West might also begin to demand similar policies. After all, while in Europe we are cutting social services following the European Central Bank demands, Latin American states are increasing them, just as so many western protesters (“indignados”, Occupy Wall Street, and other courageous movements) demand.

These Latin American countries are not calling philosophers to obtain from them rational justifications or hoping that some of us write propaganda articles for their policies. Rather, they are showing their awareness that history has not ended. I’m referring here to Francis Fukuyama’s famous theory of “the end of history” (“liberal democracy is the only legitimate form of government broadly accepted”), which has now been assimilated, if not completely incorporated, by our capitalist culture.

But history in Latin America has neither ended nor started anew. It’s simply proceeding as an alternate to our capitalist logic of economic enrichment, technological progress and cultural superiority. The Latin American countries do not aim to dominate others, but simply to evoke those whom Walter Benjamin called the “losers of history”, that is, the ones who have not succeeded within our neoliberal democratic system. These unsuccessful “shareholders” are represented not only by underprivileged citizens, but also by underdeveloped nations and continents. In this condition, philosophy is called upon to think historically – that is, to maintain living history. But how?

As an interpretative discipline determined to question the (cultural, scientific or political) foundations of thought, philosophy is obligated to remain unsatisfied, that is, to always search for alternative models, possibilities and histories. These alternatives are what keep history alive, that is, maintain the possibilities of greater freedom, wider democracy and alternative systems. In order to achieve this, the organisers of the forum decided to follow the hermeneutic principle of dialogue, that is, the conversation where truth becomes a constant exchange of different views: In a sincere dialogue, none of the interlocutors know beforehand the definitive truth or where the discussion will lead; instead, they are led by the conversation.

Thus, the 50 participants of the forum were divided into separate groups, and the different themes of the conference were discussed openly from each philosophical position. A statement resulted from each group, and these are now been delivered to the governors of Venezuela in order to encourage them to continue and improve the social progress they’ve already achieved. I’m sure not all our propositions and analysis will be welcome or applied, but the fact that national political leaders requested such gatherings for over a decade now indicates the significance they attribute to philosophy for the well-being of the state.

Despite the fact we were all invited to this forum because of our sympathies for contemporary Latin American policies, the organisers knew very well that our different philosophical positions would enrich rather than damage the discussion. In sum, Latin America calls philosophers, as the late Richard Rorty used to say, “to continue the conversation” because its politicians are honest enough to recognise that history has not ended with their socialist democratic form of government.

Santiago Zabala is ICREA Research Professor at the University of Barcelona. His books include The Hermeneutic Nature of Analytic Philosophy (2008), The Remains of Being (2009), and most recently, Hermeneutic Communism (2011, co-authored with Gianni Vattimo), all published by Columbia University Press. His webpage is www.santiagozabala.com. 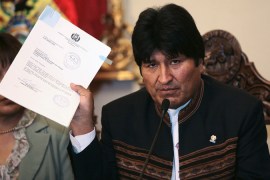 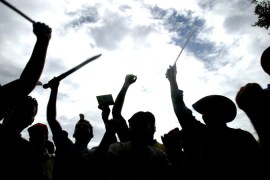 Hundreds of Chavez supporters have been assassinated by wealthy landowners for implementing new land policies. 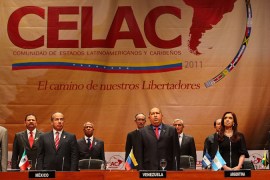