Before and shortly after the snap general election in Latvia held on September 17, international headlines characterised the election as a vote against oligarchy and as a victory for a pro-Russia party.

Indeed, these two characterisations reveal the most important issues of last Saturday’s election. However, a few days after the vote, it’s not yet clear what changes will take place in the politics of this small North European country, an EU member-state bordering Russia with a large minority of Russian speakers. Ethnic Latvians constitute 70 per cent of the country’s citizens, but just about 60 per cent of all residents.

For the first time in the history of Latvia, the party receiving the most votes was a party that draws most of its support and members from non-ethnic Latvians, Harmony Centre. This is a historic and symbolic event; however, Harmony Centre’s winning 31 of 100 parliament seats does not represent a convincing victory.

Harmony Centre won because the four other parties winning seats in parliament – parties traditionally favoured by Latvian-speaking citizens – split the remaining vote in approximately equal shares. Just a year ago, a general election was won by the Unity bloc led by Prime Minister Valdis Dombrovskis, winning 33 seats in parliament, while Harmony Centre came in second with 29 seats.

Some of Harmony Centre’s success can be attributed to low voter turnout. According to several studies, Harmony Centre enjoys constant and strong backing by ethnic Russian voters who form the majority of its support.

Of course, it’s not all due to the ethnic factor. For example, Harmony Centre’s representatives constantly emphasise their social-democratic ideology, and to a certain extent, this is represented in the party’s programme. However, countless experts have noted that in Latvian politics, the distinction between right-wing and left-wing parties is blurry, and the scene is dominated by ethnic issues. When it comes to foreign policy, Harmony Centre takes a pro-Russia stance.

Another political force that can be considered victorious is the new Zatlers’ Reform Party, headed by former Latvian President Valdis Zatlers. Despite being formed just a couple of months ago, this party got 22 seats in parliament – more than Unity, which won 20.

The dominant theme in Zatlers’ Reform Party’s campaign was the struggle against the oligarchs. In May 2011, then-President Zatlers initiated a referendum on the dissolution of the parliament and called for a new general election. A plebiscite took place in July and 94 per cent of participants supported the proposal.

Zatlers’ decision came a few days after parliament declined to authorise a search of the home of Ainars Šlesers, leader of the opposition party LPP/LC and a former Minister of Transport. The search request was made by a Latvian anti-corruption bureau that was investigating the so-called “oligarch case”. Two other politicians and alleged oligarchs who made their fortunes while holding government posts in 1990s are also linked to this case: former Prime Minister and Popular Party leader Andris Škele and Aivars Lembergs, leader of the Union of Greens and Farmers party and the mayor of Ventspils. Both have been engulfed in several corruption cases and privatisation scandals.

Zatlers openly called these three politicians “oligarchs”. Zatlers’ predecessor as president, Vaira Vike-Freiberga, touched upon this subject in an interview this summer, pointing out that there are many oligarchs or wealthy people with disproportional political influence in Latvia, and that not all of them are ethnic Latvians. This illustrates the situation quite well – corruption is a chronic problem that affects a wide range of political and governmental institutions and businesses in Latvia.

The snap election changes the situation somewhat by weakening the position of the Union of Greens and Farmers in the parliament. LPP/LC, which won just 2.4 per cent of votes, failed to reach the five percent necessary to win any parliamentary seats, and Popular Party leader Škele has announced his retirement from politics. But these developments will not instantly resolve problems caused by corruption and the influence of money in politics.

In retrospect, Zatlers’ decision to call a referendum may be criticised for being as much motivated by a concern for the public good as by an interest in furthering his own political career (his decision was announced a week before Zatlers lost to Andris Berzinš in the presidential elections). For now, some questions remain to be answered: What reforms will be made? Will the new parliament will succeed in reducing economic inequality? Will the country become more competitive, and will the standard of living improve?

Even before the election, Zatlers’ Reform Party and the Unity alliance, both describing themselves as centrist or centre-right, announced their willingness to cooperate, thus creating the basis for a possible government coalition. A struggle against the oligarchs will now lose its prominent position in the political agenda. But to form a majority government, a third ally is necessary, and the available options would make the creation of a moderate “golden mean” coalition impossible. Depending on the choice made, Latvia would have to take a distinctly different course, both in home affairs and in foreign policy.

There are two potential candidates for this third partner: Harmony Centre, which should be involved to respect the will of a significant number of voters, as well as to bring different ethnic communities closer; and the National Alliance (also known as “All for Latvia/For Fatherland and Freedom”), which won 14 seats in parliament.

The fifth party to win seats in parliament, the Union of Greens and Farmers, has been dubbed the “oligarch party” by Zatlers and, at least for now, cooperation with it is out of the question.

Like many EU states, Latvia did not avoid a financial and economic crisis in 2008 and 2009 that saw Latvian GDP drop by more than 20 per cent. Latvia had to request a loan package from the EU, IMF and the World Bank. Since then, the Latvian government has followed the terms of the loan agreement, which demands budget consolidation, tax raises, and spending cuts.

Valdis Dombrovskis, the Latvian Prime Minister since early 2009 and one of the potential candidates for this post in the new government, personifies this austerity policy. He has stated that joining the eurozone in 2014 is the next goal of Latvian economic policy.

While Harmony Centre does not directly oppose Latvian membership in the EU and NATO, they do disagree with current government policies: Their election programme has criticised Latvian budget plans and Dombrovskis’ commitment to joining the eurozone.

However, shortly after the election Harmony Centre stated that they are willing to compromise on several issues.

Previously, Harmony Centre has supported only those government initiatives that were aimed at improving relations with Russia, from the ratification of the border treaty between the two countries a few years ago, to last year’s visit to Moscow taken by the Latvian president and high-ranking Latvian officials and businessmen.

Yet it is still an open question to what extent Russian interests in Latvia correspond to Latvia’s own interests. A case in point: Latvia is dependent on Russian gas and, according to analysts, during the abovementioned visit to Moscow, Russian tried to recruit the support of Latvian officials for a nuclear power plant in Russia’s Kaliningrad region, instead of joining Lithuania in developing the EU-supported project of building a nuclear plant in the Lithuanian city of Visaginas.

The National Alliance, along with other nationalistic-minded politicians, doubt whether the possible gains from increasing cooperation with Russia would outweigh the risks related to Russian neo-imperial ambitions. They are especially critical of a cooperation agreement in place between Harmony Centre and Russian political party United Russia, as well as Harmony Centre’s ambiguous stance in recognising Latvia’s occupation by the Soviet Union in 1940. This question is related to recognising the continuity of the Latvian state and has caused rifts between Latvia and Russia.

As is the case with Harmony Centre, National Alliance’s inclusion in the government may draw some criticism, both local and international. There wouldn’t be too many problems as far as economic policies go, as the Alliance has no major objections to the course adopted by the current government, although there are some differences of course. For example, the National Alliance supports the introduction of a progressive income tax, a measure also advocated by Harmony Centre.

However, some segments of the National Alliance are known for openly declaring their far right-wing views, which was especially was the case before party gained seats in parliament. Some party members have participated in commemorative events honouring former Latvian Waffen SS Legion servicemen. Also, they are prone to various intolerant statements and they demand privileges for ethnic Latvians. “All means should be used to increase the number of Latvians in their own country,” states the National Alliance’s election program.

In the near future, Latvia has to resolve some fundamental problems: parallel usage of Latvian and Russian language during the past few decades has led to the development of two distinct communities with different cultures and worldviews; immigration issues may soon become more important due to negative demographic trends and emigration; and the aftermath of the economic crisis necessitates finding new ways to make Latvia more prosperous and competitive.

It’s impossible to assess which of these two potential coalition governments – with Harmony Centre or with National Alliance – would be better. However, the parties have few coalition alternatives available.

Janis Domburs is a Latvian journalist and the host of television programme “What is Happening in Latvia?” 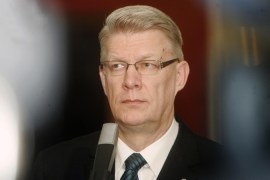 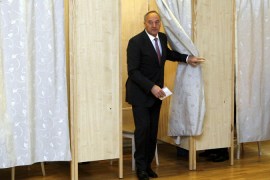