For years, the plight of prisoners of conscience (POC) in Saudi Arabia has been escalating. In the absence of balances and checks, it is not surprising that the legal system fails repeatedly in delivering protection or justice. The system remained immune to reform despite the passing of two major legal codes by a royal decree several years ago: the Criminal Procedures Code and the Sharia’a Hearings Code.

The ministry of interior and its special investigation department exercise absolute power in arrests, detention, and the passing of sentences. This is further complicated by the lack of written penal code and the use of arbitrary and subjective sanctions.

Trying to incite the public against the government and the allegiance with foreign entities are usually the ready-made charges against political dissidents. Such serious charges are usually stretched to encompass acts like raising funds for charities, requesting a peaceful demonstration for a local or international cause, raising petitions for social and political reforms, organizing private meetings or assembly, contacting foreign media, or even defending POC.

Apparently, the peaceful political dissidents were equaled with terrorists and traitors. To date, an estimate of about 9,000 POC are being held by the government without trials or legitimate charges. The society of Civil and Political Rights (ACPRA) is the only local group working to protect POC. They work independently, collecting testimonies from the prisoners’ families and supporting them with legal aid.

Yet, little can be offered; the society is not recognized officially as a non-government or civil society organization. The official investigation and prosecution bureau is responsible for prosecuting and following violations committed by the governmental entities. Reports suggest that the department has repeatedly ignored the cases of POC. Moreover, the department’s direct involvement in the prisoners’ entrapment is documented.

ACPRA has been releasing multiple statements on each case, causing their website to be continuously blocked in Saudi. The debate on the cases thrives, though, on social networks. A hashtag is devoted to Jeddah’s sixteen prisoners, or “#16men”, drew much attention.

The prominent nature of the prisoners and their struggle for years without trial has generated passionate followers. Currently, the sixteen men are being tried in a private court with charges of disobedience and incitement against the king. Atrocities of the proceedings are being leaked to the press, while their lawyer is struggling to represent his clients fairly. The case details were highlighted along similar ones in a recent report for human rights watch, calling for the Saudi government to stop recycling prisoners demanding a democratic change.

Even for those POC who survived the arrests, travel ban and prevention from resuming careers are common strategies. This has happened to writers and critics such as Dr. Mohammad Abdulkarim, Abdullah Al-Hamid, Dr. Matrook Al-Faleh, and Ali Al-Dumaini. It takes some years for the travel ban to be lifted and more for the censorship to be lightened.

In an unusual approach, a letter published on the Al-Asr website from a prisoner’s mother spread like fire. It was addressed to “the prince,” possibly referring to the head of the ministry of interior. The letter presented a typical case of a young man, Fahad Al-Saeed, who was arrested nine years ago on suspicion without trial or charges. His mother, withering in agony over his uncertain fate, vowed vengeance from the prince and asked him to remember her son. The articulate language and heart-breaking details invoked a response for the first time from the ministry of interior. They issued a statement denying the arrest, while asking anyone with information about Fahad to step forward. The letter’s sender email was not active later to confirm the statement, however, other letters started to appear online of similar stories of other families.

Yusuf Al-Ahmad, a hardliner scholar with a controversial status in Saudi, has been active in supporting POC cases. For the third time on a Youtube video, Yusuf Al-Ahmad recently addressed the government about the illegal arrests. He was particularly offended when women demonstrating to free family members were arrested too, in an unprecedented approach by the government. He questioned the legitimacy of the system which hacks families in need. He asked the king, the minister of interior, and his deputy to observe the call for justice and to dedicate the same amount of time for the cases as they do for a football game.

Soon after the video, he too was arrested. This didn’t go unnoticed by scholars. Ibn Hamid, the top official scholar in the Saudi Justice, assured Al-Ahmad’s followers that the case is receiving his personal attention. The hashtag, “#e3teqal” or arrest in Arabic, received the highest hits on Twitter on that day. Yet, the same support is lacking for less popular prisoners. Khaled Al-Jehani, the lonely protestor who showed up on Riyadh streets on the 11th of March, will soon complete six months in jail without trial.  Reports from his family indicate signs of torture and hallucinations, possibly due to solitary detention.

The long governmental silence on such cases against local and international pressure has recently ended with an unexpected outcome, the anti-terror law. The proposed law was leaked to Amnesty International, with clauses that give the ministry of interior superior powers to detain suspects incommunicado for up to 120 days amendable to indefinite extension. It defines terror crimes as any action endangering national unity; a vague definition which can extends easily to peaceful activism.

Criticizing the king or the crown prince is now a national unity crime that is added to the criticism to officials or government policies, according to the recently released law of electronic publication. It seems from the active release of punitive laws in Saudi, which restrict the freedom of expression or assembly, that the government is not realizing the impact of the situation. The national committee of the human rights in Saudi is objecting to the proposed law in a desperate attempt to limit the repercussions. The case of POC, if not alleviated, may actually signal the new direction for the wind of change in the region. 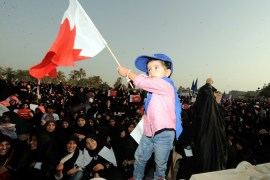 The US and the new Middle East: The Gulf

Fault Lines travels to Bahrain and asks why the US backs democracy in one Arab country, but not another. 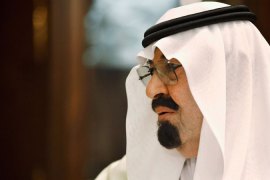 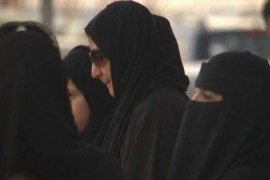 Several women drive around in kingdom in open defiance of rule that prohibits them from driving.