Recent legislation passed in the Israeli Knesset, which many people call the “Anti-BDS” bill, has raised a number of questions about a rising tide of “fascism” in Israel. This language is not only used by Palestinian critics, who have long borne the brunt of Israel’s undemocratic policies. Now, many Israeli and Jewish-American writers can no longer ignore the trend.

If something good has come out of the passage of this legislation, it is two things: First, a growing number of people are recognising that the Zionist aim – the  imposition of an ethnocentric majority by force in a territory where the majority of the native inhabitants are disenfranchised – is fundamentally and inherently undemocratic. Second, the passage of this bill has brought discussion of the Boycott, Divestment and Sanctions (BDS) movement to the foreground.

While increased discussion about BDS will only strengthen the movement, a troubling trend has become apparent in some of the commentaries on BDS written in response to the passage of the “Anti-BDS” bill. This is the assertion that boycotting colonies or settlement goods is acceptable, while boycotting the Israeli state or Israeli products outside of the occupied territories is somehow unacceptable.

For many, this argument may be made with consideration for political strategy and not based on moral underpinnings or clarity. There is undoubtedly a hesitation among some who have embraced BDS as a strategy to extend BDS activities beyond products produced in the colonies and settlements.

This attitude is particularly prevalent among Zionists who recognise the danger the occupation poses for Israel, but do not want to be seen as targeting Israel itself. The BDS tent is growing nonetheless, regardless of what part of the occupation system is targeted. This is clearly threatening to Israel. The greatest evidence of the threat this poses is that the state felt threatened enough by the BDS movement to attempt to stop it through legislative repression.

But while varied approaches to BDS enlarge the tent, they also can be misleading and dangerous. The idea that colonies are legitimate BDS targets while the state of Israel is not creates the illusion that somehow these colonies exist in a vacuum without tacit and direct support from the Israeli state.

In fact, the settlement enterprise is a state-driven enterprise which requires various state-led efforts at multiple levels. These include the creation of economic incentives through the Israeli legislature to encourage population transfer into the occupied territories, the allotment of resources for the defence and development of these colonies, facilitating land purchases, granting mortgages and incentives to encourage private investment and developing infrastructure to serve these localities.

Half of Ariel’s population emigrated to Israel from the former Soviet Union and arrived only in the last two decades. To deal with the post-1990 influx of Soviet Jews (which increased Israel’s population by 12 per cent), the Israeli state created specific absorption policies which included rental support of up to $10,000 per family for the first year and mortgage subsidies of 50 per cent. With the mass influx into Israel, property prices skyrocketed and the new immigrants found some of the most affordable living opportunities further away from the coastal plain where the Israeli metropolis of Tel Aviv thrived: in illegal colonies in the occupied West Bank.

Ariel, which was established in 1978, grew from a local council to a municipality after these state policies enabled mass population growth. To ensure that the settlers could live in an area they could afford and still be connected to the Tel Aviv area where most worked, the state undertook the massive expansion of a road network in the 1990s which became Highway 5, also known as the “Trans-Samarian” highway.

Unsurprisingly, in the 2009 elections in Israel, Ariel gave 45 per cent of its vote to Likud and another 30 per cent to Foreign Minister Avigdor Lieberman’s Yisrael Beiteinu party. Both parties are dedicated to the strengthening and development of the illegal colonies, and are the largest parties in the current right-wing Israeli government.

So, while there may be individual settlers or small groups who build tents or place trailers on Palestinian hilltops in the West Bank, mass population transfer into occupied territory cannot happen without direct state involvement. Treating the colonies as entities separate from the state which makes them thrive is not only uninformed and unrealistic, but also creates the dangerous illusion that the state is innocent and the settler movement is not. Both regularly defy international law, but without state support the settlement movements would not be able to ossify the occupation.

This is why BDS’ targeting of the Israeli state is as justified as targeting the colonies and their products. It would be ludicrous to have argued that boycotting products from plantations in America’s Civil War-era South was legitimate while action against the Confederate government was not. While slavery and occupation are two very distinct things, they are both state-supported systems that violate human rights. Until we accept the reality that pressure must be placed on the Israeli state to change its behavior, we will likely see the continuation of occupation and colonisation.

Thankfully, more and more people are waking up to this reality every day. Ironically, it is the rising tide of fascism in Israel that is the catalyst behind many of these recent epiphanies.

Yousef Munayyer is a writer and political analyst based in Washington, DC. He is currently the Executive Director of the The Jerusalem Fund for Education and Community Development. 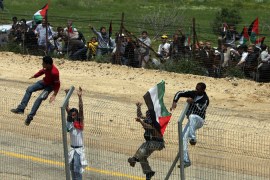 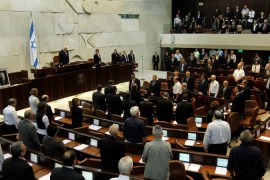 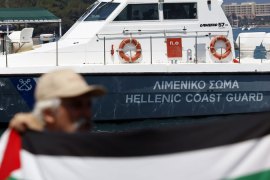