Ignorance is the root of all evil, according to Plato, who also famously gave us a still-current definition of its opposite: knowledge. For Plato, knowledge is “justified true belief”. That definition is worthy of consideration as we reflect on the perils of ignorance in the twenty-first century.

Plato thought that three conditions must be met in order for us to “know” something: the notion in question must actually be true; we must believe it (because if we do not believe something that is true, we can hardly claim that we know it); and, most subtly, it must be justifiable – there must be reasons why we believe the notion to be true.

Consider something that we all think we know: the earth is (approximately) round. This is as true as astronomical facts get, particularly because we have sent artificial satellites into orbit and seen that our planet is indeed roundish. Most of us (except for a lunatic fringe of flat-earthers) also believe this to be the case.

What about the justification of that belief? How would you answer if someone asked you why you believe that the earth is round?

The obvious place to begin would be to point to the aforementioned satellite images, but then our skeptical interlocutor could reasonably ask if you know how those images were obtained. Unless you are an expert on space engineering and imaging software, you may have some trouble at that point.

Of course, you could fall back on more traditional reasons to believe in a round earth, like the fact that our planet projects a round-looking shadow on the moon during eclipses. Naturally, you would have to be in a position to explain – if challenged – what an eclipse is and how you know that. You see where this could easily go: if we push far enough, most of us do not actually know, in the Platonic sense, much of anything. In other words, we are far more ignorant than we realize.

Socrates, Plato’s teacher, famously goaded the Athenian authorities by maintaining that he was wiser than the Oracle at Delphi, who claimed to be the wisest, because he, unlike most people (including the Athenian authorities), knew that he did not know anything. Whether Socrates’ humility was sincere or a secret joke at the expense of the powers that be (before said powers put him to death after tiring of his irreverence), the point is that the beginning of wisdom lies in the recognition of how little we really know.

Which brings me to the paradox of ignorance in our era: on the one hand, we are constantly bombarded by expert opinion, by all sorts of people – with or without Ph.D. after their name – who tell us exactly what to think (though rarely why we should think it). On the other hand, most of us are woefully inadequate to practice the venerable and vital art of baloney detection (or, more politely, critical thinking), which is so necessary in modern society.

You can think of the paradox in another way: we live in an era when knowledge – in the sense of information – is constantly available in real time through computers, smart phones, electronic tablets, and book readers. And yet we still lack the basic skills of reflecting on such information, of sifting through the dirt to find the worthy nuggets. We are ignorant masses awash in information.

Of course, it may be that humanity has always been short on critical thinking. That’s why we keep allowing ourselves to be talked into supporting unjust wars (not to mention actually dying in them), or voting for people whose main job seems to be to amass as much wealth for the rich as they can get away with. It is also why so many people are duped by exceedingly costly sugar pills sold to them by homeopathic “doctors”, and why we follow the advice of celebrities (rather than real doctors) about whether to vaccinate our kids.

But the need for critical thinking has never been as pressing as in the Internet era. At least in developed countries – but increasingly in underdeveloped ones as well – the problem is no longer one of access to information, but of the lack of ability to process and make sense of that information.

Unfortunately, colleges, high schools, and even elementary schools are unlikely to mandate introductory courses in critical thinking on their own. Education has increasingly been transformed into a commodity system, in which the “customers” (formerly students) are kept happy with personalized curricula while being prepared for the job market (rather than being prepared to be responsible human beings and citizens).

This can and must change, but it requires a grassroots movement that uses blogs, online magazines and newspapers, book clubs and meet-up clubs, and anything else that might work to promote educational opportunities to develop critical-thinking skills. After all, we do know that it is our future.

Massimo Pigliucci is Professor of Philosophy at the Graduate Center of the City University of New York. 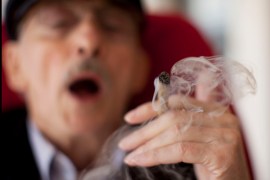 Does anything really matter?

A new book tries to explain how it may be possible to view moral judgements as objective truths.