Like a long dormant volcano that suddenly erupts, the revolutions that have swept across North Africa – against a backdrop of strong economic performance – took all by surprise.

Prior to the explosion, average annual GDP growth in the region had been humming along at 4.6 per cent for a decade, with strong improvement in human development indicators.

But this growth was in some ways deceptive, for it masked problems that had long simmered beneath the surface: burgeoning unemployment, especially among the region’s youth, and political repression – the issues that eventually brought things to a boil.

In Tunisia, whose revolution ignited the wildfire of change that quickly spread across the region, young people account for 70 per cent of total unemployment. The statistics are similar in Egypt and Libya.

The common denominator across the region is that, while its economies were growing, they were unable to generate enough jobs. This has created a generation of disaffected, under- and unemployed young people, including large numbers of recent university graduates.

Ultimately, all levels of society, catalysed by the actions of restive and disenfranchised youth, came together to demand change and reform. Throughout North Africa, populations have spoken resoundingly with their feet – and continue to do so.

There is a lot of goodwill to ensure a democratic dividend for these countries, while of course managing expectations. But how, exactly, should the region’s policymakers respond?

What the North African situation has taught us is that we must humbly accept that we may not always have had the right responses in the past. We must acknowledge the complexity of the economic issues before us and listen more in designing the necessary and appropriate responses.

The lesson from the North African uprisings is clear: this was a revolution not about ideology, but about freedom, social inclusion, political voice, and government accountability.

To some extent, what North African countries are experiencing, it could be argued, is the classic middle-income-country trap, with economic performance constrained and undermined by limited economic transformation towards higher value-added production and insufficient political, social, and economic inclusion.

The events of recent months have exacted a heavy short-term economic toll, but they have potentially far-reaching long-term implications. The region’s economies have contracted, owing to a sharp drop in tourism revenues and disruptions of production and trade. Foreign and domestic investments could decline further as a result of uncertainty, and the region’s financial sectors and stock markets could come under even more stress. All of this could have a significant impact on poor and vulnerable segments of the population, compounded by possible hikes in food prices and a further rise in unemployment.

On the other hand, we can be confident that the longer-term gains of social and political change will be positive, as the drag of predatory corruption and limitations on individual and economic liberties are eliminated.

As Africa’s leading development-finance institution, the African Development Bank (AfDB) will support our North African members, enhancing governance and institutions, strengthening social safety nets, and laying the basis for a strong economic recovery. As we finance infrastructure and other projects in the region, we will seek to integrate disenfranchised regions and rural areas.

We are broadening our consultations with governments and other actors, and we are collaborating more closely with national and regional civil-society groups and the media, as well as with academic institutions, think tanks, labour unions, and industrial and sectoral associations.

With the emerging democratic dispensation, we have partners with whom we can engage on governance issues.

No country or region can truly aspire to full, broad-based economic growth without pulling along all segments of its population and without giving a voice to all. But North Africa must also work on regional economic integration in order to boost the effectiveness of national policies. More and more countries are doing so through private sector development.

In 2008 for instance, the Maghreb Private Equity Fund received investments of nearly €20million (US$28million) from the AfDB; which strengthened selected small and medium enterprises in Morocco, Algeria, Tunisia, and Libya – transforming them into stronger regional players. In 2010, the AfDB also approved an equity investment of roughly €14m ($20m) in an infrastructure fund operating primarily in North Africa.

If the nations of North Africa are to succeed in meeting the needs and expectations of their peoples, policymakers must draw the appropriate lessons from the past – and aim to get it right this time around.

Economic creativity must be the next step in North Africa’s spring.

Donald Kaberuka is president of the African Development Bank.

A version of this article first appeared on Project Syndicate . 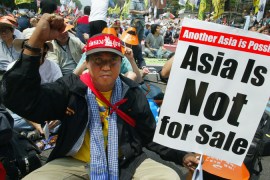 The crucial role of democracy in economics

The free-market needs regulation, so the world is safe for democracy, not just business. 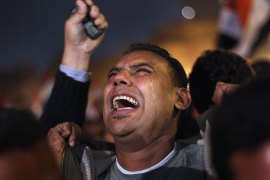 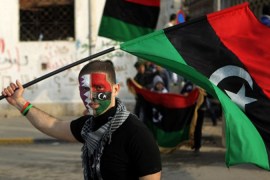 Gulf state also confirms it has marketed one million barrels of Libyan crude oil on behalf of rebels. 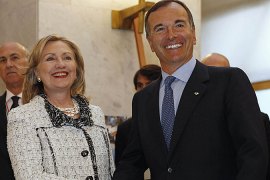