As was announced recently by UK prime minister David Cameron, Britain, Germany, France and the US have begun talks to support Libya’s transition away from a violent dictatorship and to help create the conditions where the people of Libya can choose their own future.

It seems that after being caught off guard by the Tunisian and Egyptian revolutions, American and European powers decided to be proactive.

The reasoning behind the military intervention in Libya reminds me of a statement at the Berlin Conference of 1885, where the colonial powers of the time agreed to:

When it comes to Middle East policies, nothing seems to have changed that much!

At a moment of frustration, I was tempted to read back Kipling’s “Oh, East is East, and West is West, and never the twain shall meet” in search of solace and to explain why American and European powers so passionately and hastily launched military operations.

But Occidentalism, that is “Kipling read-back”, is a generalisation as false as its sister “East is East” and a gross misrepresentation of the part of the world conventionally called the West.

So the root cause of the problem is not the “West”; rather it is a particular political-economic-military machine, an empire, that seeks sovereignty rather than legitimacy around the globe by all means necessary despite its people’s will, who are almost as vulnerable to and victimised by the policies of it as any other people in the world.

Watching American and European policies unfold in numerous forms in the region with the spontaneous, self-invited, and unwelcome intervention in Libya, I have some questions about political morality.

What is it that makes the military intervention, for the American and European actors, desirable, palatable, and familiar despite its crude, insanely pragmatic and selfish, patronising, and disrespectful nature?

Why do the governments arrogate to themselves the power prerogative to launch military attacks despite the fact that their action lacks legitimate popular support domestically and obvious demand from the Libyan people?

Is there anything in recent history that would shed some light on the mode of thinking of the policy makers in the corridors of the American and European powers?

We know the immediate answer. I am going to rule out humanitarian and altruistic justifications. They just do not add up.

American and European powers have some mundane, concrete, and pragmatic national interests in the region. They consider the region simply too important to be left alone.

This is apparent in how the wielders of power at NATO strive to secure an honourable share in the removal of Gaddafi, embed themselves in Libya for the eventual distribution of contracts, set a precedent for a possible intervention in Syria and Iran, design and channel the waves of change in the Middle East, and inject Europe into world politics with a big bang.

It can only help that the language of international politics values nation-state interests as the currency of the international space where ultimately brute force and/or balance of power rules. But I leave this subject to more able analysts than I to elaborate on it.

Here is a more subtle but ubiquitous – and therefore dangerous – undercurrent, a particular attitude and a mindset visible in the coalition’s intervention in Libya: the mentality of the Berlin Conference participants.

I am specifically referring to the discourse of mission civilisatrice, which I think is deep-seated in the European statecraft’s culture since the nineteenth century.

This discourse has helped to justify colonial policies, and also alleviate the moral and cognitive dissonance caused by the brutality of the colonial enterprise.

Either articulated openly or implied, mission civilisatrice has always come handy as a modality to write the history and reshape the identity, culture, and socio-economic and political structure of the colonised in such a way that it becomes understandable and useful to the coloniser.

What is being attempted in Libya right now (and has been in Iraq and Afghanistan) is a similar colonial procedure.

Through the modality of guardianship, American and European powers announce to protect the Libyan people from the dictator (I note, but am not going to discuss, the double standard here when it comes to other dictators) and set up a friendly government that will not pose a risk to their interests in the region.

Thus, the military intervention in Libya signals a return to the discourse of the “half-devil, half-child” mentality, which infantilises the colonised: Arabs cannot represent themselves, they need to be represented; they cannot solve their problems, the civilised nations need to do it for them.

It is with this fatherly care, patronage, and therefore coercion and punishment when necessary, they aim at nurturing the Arabs (and Muslims) step-by-step so that they could overcome the burden of their culture (in the singular) and underdevelopment.

This is a mentality that must be confronted. It promises an unhealthy prospect in American- and European-Middle Eastern relations precisely because it is simply offencive, selfish, and arrogant.

In the short run, it has deprived the revolutionaries their moral high ground, weakened the credibility of their cause, and emboldened the dictator to fall back on national, tribal, and xenophobic narratives to rally support around himself.

In the long run, it opens the door to new forms of colonialism and dependency and propagates a false sense of innocence even pride among the citizens of the American and European powers by misrepresenting the intervention and its outcome.

There are therefore several possible readings of the intervention. One can read it altruistically that it is genuinely intended to help the revolutionaries. One can also read it pragmatically that the intervention aimed at protecting the vital interests of the American and European powers in Libya and in the region.

While both of these readings are plausible, they nevertheless allude to and echo another long-standing narrative.

I thus tend to read the intervention dialogically. One cannot understand the military intervention and the discourse being formed around it outside its corresponding history, which is the colonial civilising mission – the White Man’s burden.

I do not see another viable alternative reading of the military intervention that is analytically aware of this context.

Whether humanitarian or pragmatic, the policies in Libya and the region are going to take shape within the discourse of mission civilisatrice until and unless, the policy-makers make a plausible case that they have gone through, dealt with, and left behind this colonial legacy.

Seeing wolf in sheep’s clothing, one almost misses the good old crusade mentality, which despite its irksome savagery, had enough chivalric courage and honesty to call its enemy, enemy. 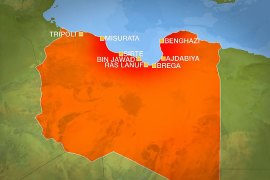 A look at where most of the fighting between Gaddafi forces and pro-democracy fighters have occurred. 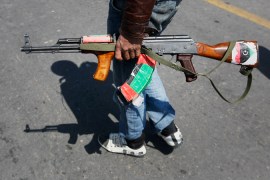 Libya after the NATO invasion

There can be no quick fix for a Libya caught between a loose-cannon despot and an opportunistic Western intervention. 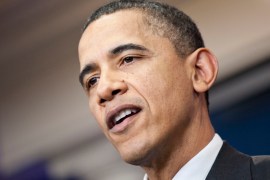 Arab youth are optimistic with America’s stance towards the region, but some negative sentiments remain. 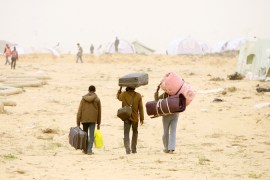 Migrants forced to fight for Gaddafi

‘They said we must stay to fight when the Americans come,’ a Ghanaian worker tells Al Jazeera from a refugee camp.