Prague, Czech Republic – Long before Czechoslovakia’s communist regime collapsed in 1989, Václav Havel was one of the most remarkable figures in Czech history – already a successful playwright when he became the unofficial leader of the opposition movement. Though he hoped to return to writing, the revolution catapulted him to the presidency of Czechoslovakia, and, after the country split in 1993, he was elected President of the new Czech Republic, serving until 2003.

A political career rooted in historical coincidence made Havel an unusual politician. Not only did he bring to post-1989 politics a certain distrust of political parties; as a former dissident, he considered it essential to emphasise the moral dimension of politics – a stance that steered him onto a collision course with the pragmatists and technologists of power, whose main representative, Václav Klaus, succeeded him as president.

Havel’s public life could be divided into three distinct periods: artist (1956-1969), dissident (1969-1989), and politician (1989-2003) – except that he always combined all three sensibilities in his public activities. As a promising playwright in the 1960s, he was certainly very “political”, focusing on the absurdity of the regime. He was also one of the most vocal critics of censorship and other human-rights violations, which made him a dissident even during the liberal “Prague Spring” of 1968.

Havel was blacklisted and openly persecuted after the Soviet-led invasion of Czechoslovakia in August of that year, but he continued to write anti-totalitarian plays. In 1977, he and more than 200 other dissidents founded the human-rights movement Charter 77, which quickly established itself as a leading opposition force. Havel was one of the movement’s first three spokesmen.

The following year, he wrote a seminal essay, “The Power of the Powerless”, in which he described Czechoslovakia’s post-1968 “normalisation” regime as a morally bankrupt system based on all-pervasive lying. In 1979, he was sentenced to a five-year prison term for his activities in the Committee of the Unjustly Prosecuted, an offshoot of Charter 77 that monitored human-rights abuses and persecution in Czechoslovakia. He was released near the end of his term after contracting pneumonia (a source of serious health problems for the rest of his life). His Letters to Olga, philosophical essays written from prison and addressed to his wife, quickly became a classic of anti-totalitarian literature.

As President of Czechoslovakia, Havel continued to combine his political, dissident and artistic sensibilities. He insisted on writing his own speeches, conceiving many of them as philosophical and literary works, in which he not only criticised the dehumanised technology of modern politics, but also repeatedly appealed to Czechs not to fall prey to consumerism and mindless party politics.

His was a conception of democracy based on a strong civil society and morality. That distinguished him from Klaus, the other leading figure of the post-communist transformation, who advocated a quick transition, stripped, if possible, of inconvenient moral scruples and impediments posed by the rule of law. Their conflict came to a head in 1997, when the Klaus-led government fell after a series of scandals. Havel described the economic system created by Klaus’s post-communist reforms as “mafioso capitalism”.

Although Klaus never returned as prime minister, his “pragmatic” approach gained the upper hand in Czech politics, especially after Havel’s departure from presidency in 2003. Indeed, Havel’s greatest defeat may be that most Czechs now view their country as a place where political parties serve as agents of powerful economic groups (many of them created by the often-corrupt privatisation process overseen by Klaus).

In the last years of his presidency, Havel’s political opponents ridiculed him as a naïve moralist. Many ordinary Czechs, on the other hand, had come to dislike him not only for what seemed like relentless moralising, but also because he reflected back to them their own lack of courage during the communist regime. While he continued to enjoy respect and admiration abroad, if only for continuing his fight against human-right abuses around the world, his popularity at home was shaken.

But not anymore. Czechs, given their growing dissatisfaction with the current political system’s omnipresent corruption and other failings, have increasingly come to appreciate the importance of Havel’s moral appeals. In fact, now, after his death, he is well on the way to being lionised as someone who foresaw many current problems, and not only at home: While still President, he repeatedly called attention to the self-destructive forces of industrial civilisation and global capitalism.

Many will ask what made Havel exceptional. The answer is simple: decency. He was a decent, principled man. He did not fight against communism because of some hidden personal agenda, but simply because it was, in his view, an indecent, immoral system. When, as president, he supported the bombing of Yugoslavia in 1999 or the coming invasion of Iraq in 2003, he did not talk about geo-political or strategic objectives but about the need to stop human-rights abuses by brutal dictators.

Acting on such beliefs in his political career made him a politician of the kind that the contemporary world no longer sees. Perhaps that is why, as the world – and Europe in particular – faces a period of profound crisis, the clarity and courageous language that would bring about meaningful change is missing.

The death of Havel, a great believer in European integration, is thus highly symbolic: He was one of the last of a now-extinct breed of politicians who could lead effectively in extraordinary times, because their first commitment was to common decency and the common good, not to holding power. If the world is to make it through its various crises successfully, his legacy must remain alive.

Jirí Pehe was Vaclav Havel’s political adviser from September 1997 to May 1999. He is currently Director of New York University in Prague. 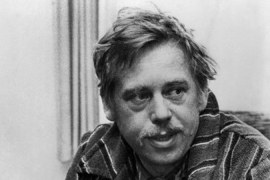 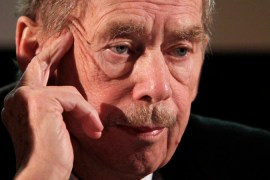