When former Prime Minister Thein Sein was elected president of Myanmar earlier this year, observers saw him as a puppet of the old regime. They considered the November elections to be nothing more than window dressing and predicted that the military, which had been in the driving seat for over four decades, would still be pulling the strings and running the country in much the same old way as before – out of step with the times and its own people.

Six months into his presidency however, the new president is beginning to prove his critics wrong. Myanmar appears to be moving away from the discredited policies of the past and adopting more open policies. Recent press reports indicate growing signs of palpable change in the country.

Expectations and hopes that real change may be on the horizon have been heightened by the statements of senior European Union and United States officials who visited the country recently. The EU’s humanitarian aid commissioner Kristalina Georgieva said she was encouraged by official pledges of greater access to troubled areas.

Derek Mitchell, US Special Representative and Policy Coordinator for Myanmar, stated following his five-day visit that the US recognised and welcomed recent gestures from Nay Pyi Taw – such as President Thein Sein’s meeting with Aung San Suu Kyi, the establishment of a national human rights commission, public emphasis on dialogue with ethnic groups and easing of media censorship.

The rising optimism in the country stems mainly from the fact that new president appears to be genuinely committed to reforms. He has not only made policy statements calling for political reconciliation, strengthening of democratic practices and economic reforms, but also followed them up with action.

He has taken the extraordinary step of meeting with Ms Suu Kyi and inviting her to dinner in the new presidential residence. Observers agree that the photograph that appeared in Myanmar papers, of President Thein Sein standing with Ms Suu Kyi  in front of  the official portrait of General Aung San, her father and a national hero, sends a positive signal.

Ms Suu Kyi herself has confirmed that there is a sense of spring in the air. In her speech marking the International Day of Democracy, she told her audience: “I believe we have reached a point where there is opportunity for change.”  She also told AFP the new government appeared genuine in its desire for democratic reform, and that an Arab-style uprising was not the answer to the country’s problems.

“There have been changes, but I don’t think we’re all free or completely free yet. There’s still quite a way to go, but I think there have been positive developments,” she said.

Derek Tonkin, the former British Ambassador to Thailand and Vietnam and current CEO of  non-profit Network Myanmar, sums up the situation when he says: “The government has gone further than many thought likely in term of its declarations of intent, and has demonstrated a keen sense of purpose on social welfare and economic issues.”

Still, unsurprisingly, there are doubting Thomases who are not convinced the changes go beyond the cosmetic. Mr Mitchell alluded to this: “I think everybody who follows this country knows that there have been stops and starts, that expectations have been dashed, that things only go so far, and then they stop or they reverse themselves. And I really urged the leadership to prove the skeptics wrong.”

Myanmar’s economy too is beginning to stir from the deep slumber of decades of stagnation brought about first by General Ne Win’s misguided policies and his experiment with “The Burmese Way to Socialism” and subsequently the sanctions imposed by the US and EU.

According to reports in Xinhua and the BBC, Myanmar received a record US $20bn in foreign investment in the past year alone: $10.2bn was in the oil and gas sector, $8.2bn in electric power, $1.4bn in mining and $66.32m in manufacturing.

The statistics are a reflection of the fact that Myanmar is a resource-rich country and that it can attract investors despite Western sanctions, which have clearly been a failure on all fronts. A pro-business approach could have provided the West an opportunity to promote more political, civil and economic freedom in Myanmar.

With the West staying away, China’s hand has been strengthened. A number of Chinese corporations are involved in huge hydropower, mining  and oil and gas projects across the country. The projects include construction of dams as well as a major pipeline and rail projects across Myanmar aimed at transporting gas and oil to China’s landlocked western provinces.

China has also started work on a deepwater seaport and oil terminal on Ramree Island on the west coast of Myanmar. Once completed, oil from the Middle East and Africa will be off-loaded there and transported to Kunming via a 1,100km-long pipeline, which would eliminate the need for tankers to pass through the  Malacca Strait.

Myanmar’s other large neighbours, India and Thailand, have jumped on the bandwagon to benefit from the opening up of the country. The $110m Kaladan project will connect Myanmar’s western coast with India’s land-locked northeast states, giving the latter access to the sea and an opportunity to develop greater economic linkages with South-east Asia. The project involves upgrading the Sittwe port and developing a 225km-long waterway between Sittwe and Setpyitpyin in Myanmar along the Kaladan River. It also includes construction of a 62km road from Setpyitpyin to Lawngtlai in Mizoram, where it will merge with India’s national highway 54.

Myanmar and Thailand have signed a framework agreement on building a massive deep seaport in Dawei in the south of Myanmar coupled with a road and rail link to Bangkok. The project, which includes a special economic zone, is estimated to cost $13bn.

The gigantic infrastructure projects will connect Myanmar to its neighbours and create openings like never before. Other South-east Asian countries like Thailand, Indonesia and Vietnam that have experienced similar situations have been able to leap-frog to greater prosperity.

As the world watches with anticipation the evolving situation in Myanmar, it would be in the interest of the international community to see that the reform process does not go awry.

The international community should ensure that President Thein Sein’s tentative steps at reforms will grow into larger strides. One way might be for ASEAN to accede to Myanmar’s request to assume the chairmanship of the organisation in 2014.

The fact that Myanmar is actively seeking to chair ASEAN’s Standing Committee shows that it has come a long way from the time it decided to forgo its turn to chair ASEAN in 2006. It reflects the increasing confidence the new Myanmar government has in its ability to set its house in order and its readiness to undertake the steps necessary to earn the approbation of fellow ASEAN members and dialogue partners.

Under the circumstances, ASEAN may be in the best position to promote more freedoms and openness in Myanmar.

Thaung Tun, a Visiting Senior Research Fellow at ISEAS, is a former Ambassador of Myanmar to the Philippines. He also served in Brussels as Ambassador to Belgium, the Netherlands and the EU. A version of this article was previously published by www.todayonline.com 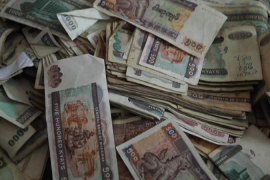 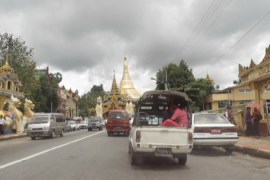 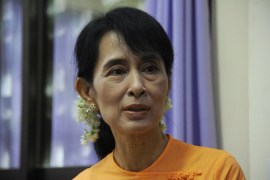 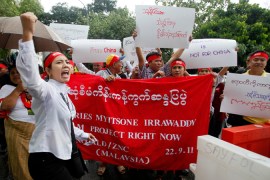