The brutality with which the Syrian regime has been repressing demonstrations in the country since March has made other dictatorships in the region seem pale by comparison. The regime’s brutality has not managed, however, it to win the battle of communications. The government’s frustration with the way its violence is being exposed and shared worldwide has made officials heighten their campaign against social media as a whole, and against video content and platforms in particular. Within this trend criminalising the medium, YouTube has become the Assads’ main enemy and number one target.

Almost three decades ago, the town of Hama suffered a historic massacre that ended with the death of 20.000 people in only a few weeks. There is virtually no record, no pictures, no footage of the tragic events of February 1982. No international journalists were allowed in the country back then. No journalists are allowed in the country now either, in 2011, but thanks to the work of citizens, the information flow from within the country makes worldwide covers and draws international attention to human rights abuses. This contrast between the lack of footage only 30 years ago and the unstoppable amount of footage we are receiving during this “Year of the Revolutions” gives a hint of the impact the Internet and citizen empowerment through technology have had within repressive contexts.

Media silence over Syria has been the Assad´s most important ally in order to project an image of legitimacy, but that silence is simply not possible any more. The Syrian regime, just like the rest of the governments of the region, is trapped in its own official narrative through its old traditional channels, regardless of the questioning entailed by citizen voices through new tools and media.

It was through YouTube that what has now become the anthem of the Syrian revolution was heard worldwide: “Irhal ya Bashar” [“Bashar, get out”]. The song, popularised by the voice of Ibrahim Kashoush, encouraged the Syrian president to leave with ironic lyrics and a catchy dabke beat. The government first tried to stop it by silencing the singer. In a symbolic and macabre response to Kashoush’s chanting, the singer appeared dead on July 5, his throat cut and his vocal cords ripped out – a message to anyone willing to speak up. Kashoush was killed but his voice was not silenced. The song became even more popular, with demonstrators singing it, not only in Syria but abroad. It ignited reaction to repression and it drew even more international media attention to repression in the country.

Since silencing the singer did not serve the government’s purpose, criminalising the medium has become a growing trend. YouTube was blocked in the country for years, but the ban was lifted in February 2011, in an attempt by the government to prove its will to open up. It was later blocked again, in order to prevent internet users from accessing and sharing viseo during the peak of the demonstrations.

The video platform became the subject of unprecedented attacks as the demonstrations escalated to an uprising in March 2011. On September 2, Hama’s Attorney General, Adnan Bakkur, was recorded announcing his resignation, sharing details of the atrocities he had witnessed and pointing at the authorities responsible for the crimes. The video was uploaded to YouTube, widely shared, commented on and re-published worldwide. The regime’s response was to accuse the opposition of having kidnapped Bakkur and forced the statements out of him. It also accused international media of fabricating the content and claimed YouTube was the epitome of “the West’s moral bankruptcy and cooperation with terrorism”.

Although the benefits of visibility are indisputable, activists are aware that the publicity garnered can be a double-edged sword. It helps them gain media attention but it also exposes them. Through crowdsourcing of identification of people appearing in the videos, the Syrian regime has been able to track people participating in demonstrations and has carried out raids on neighbourhoods – where they threatened, imprisoned or killed those who were geatured in the online clips. Syrian activist Alexander Page told Al Jazeera: “We have realised that the Syrian regime was, although annoyed at what was happening, very fond of the information these videos provided, and used mukhabarat [intelligence service operatives] to help them identify the faces.”

While criminalising the medium, the regime has also created videos of their own which they air on state-owned channels and then upload to YouTube, mostly purporting to show people who have participated in demonstrations confessing their regret for getting involved in alleged terrorist acts. One example is this clip of Omran Abdel Razaq al-Aqra, who appears surrounded by rifles. The expression of fear and tension on the faces of these detainees is easily recognised – and these confessions have fallen short of convincing the public, both within and outside of the country, of their guilt of “terrorism”.

Aware that the government´s attention increasingly focuses on citizen communications through video and mobile technology, activists are investing time and energy in concealing their identities on videos and pictures. Syrian citizens have had time to learn from the work of Tunisians, Egyptians and other activists on the region and they have developed quite efficient ways to protect their identities, which can be seen in the increasing number of videos that are recorded from behind the crowd to avoid showing people´s faces. According to Page, “If a face is clear it must be blurred. We have a video center, which is basically a team outside the country we send the video to, who clean up any possible threats, upload it to Youtube and then send us the link for us to share.”

There are also projects that focus on creating technology to serve this purpose, such as the “SecureSmartCam” software that human-rights organization WITNESS is developing with the Guardian Project. This software is built on the Android operating system and could be used to protect people by blurring, pixelating or removing faces that unintentionally appeared in a photo or video filmed on a mobile phone. It is also designed to be used to protect the visual anonymity of people who deliberately speak out in repressive situations or bear witness to human rights violations. Program Director of WITNESS Sam Gregory told Aljazeera: “We are extremely concerned about the way freedom of speech, and many other rights, are repressed in Syria. As more and more people use video to communicate to the world around human rights violations, we hope that Syrian activists will find this software we are working on useful as a tool to protect those who courageously stand up against injustice.”

While solidarity with the Syrian people increases, the Assads seem to have lost the legitimacy that silence had provided them with for decades. By attempting to silence peaceful protesters through the use of force and through blaming technology, they have shown their true colors to those who were not familiar with the Assad´s practices or who had until now chosen to turn a blind eye on them. 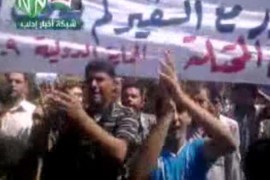 Deaths reported in security crackdown as protests against Assad’s government erupt in cities across the country. 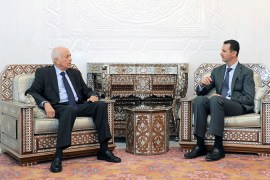 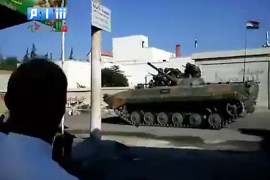 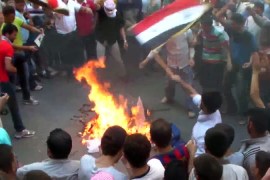 ‘Yes we camp’ in Madrid