In the last two weeks, two pioneers of our information age have come and gone. I would bet you can name one, but not both. The one you likely cannot name is Dennis Ritchie, known to his peers as “dmr”, his computer login name. Ritchie created the C programming language, and together with Ken Thompson, designed the UNIX operating system without either of which you wouldn’t be able to name that other charismatic pioneer so much in the news lately.

The difference in their legacies is instructive. One of them created a brand, a way of life, and a slick, safe and intuitive experience sold to millions of people. The other created an infrastructure through which generations of engineers, programmers, hackers and entrepreneurs have come to understand what computers are capable of doing. Both were revered by those in the IT industry and they both created great things. But only one is being lionised in the public eye as an “American inventor”. We might want to rethink that.

In the 1980s, the board of Apple fired Jobs, and he went out and started another visionary and creative company called NeXT. NeXT was a UNIX company and it failed. It was only one of dozens of UNIX companies in the 1980s. They all failed – some more spectacularly than others. Surely, you are thinking, this must be a clear sign of UNIX’s inferiority – but this would be a mistake. Even if the company never took off, the idea, the artifact and the technology behind UNIX succeeded in ways that most people in business and economics cannot account for. UNIX became a lingua franca for computer aficionados, tinkerers and technology makers across the world. All the early development for the Internet was done on UNIX machines – indeed, the World Wide Web created by Tim Berners-Lee was made on a NeXT machine.

Consider this: If you ask any programmer or software engineer in the world to tell you the principles of a modern operating system for a computer, they will more than likely describe something like UNIX to you. Or, if you ask them to tell you what a modern programming language should look like, they will more than likely refer you to some version of C. If you ask a programmer to go inside your iPhone, you won’t see 1s and 0s, but you will see C.

UNIX and C are technical artifacts, but they have secured a vibrant public sphere: something every software engineer or programmer can talk and argue about, love or hate, configure and even remake, without ever having to buy anything or relinquish any rights. One can even tell jokes with UNIX commands, its very name is a humorous reference to its birth (UNIX was a castrated version of an early operating system called Multics).

Why is this? UNIX and C succeeded for a reason that may seem, at first, to be counterintuitive: they succeeded because they were prevented from being commercialised. In the 1970s, when Dennis Ritchie and Ken Thompson worked for AT&T’s Bell Labs in New Jersey, the company was under an anti-monopoly consent decree from 1956 that forbade AT&T from entering any market other than that of the telephone. For market-loving liberals and conservatives alike, this will undoubtedly seem like a classic form of government intervention – but its effect was that UNIX spread like wildfire.

With the help of an innovative and creative cadre of engineers in corporations and universities, UNIX was shared and improved, without ever being sold, to the point where it became ubiquitous. For the generation that included Steve Jobs, it became the very definition of a modern operating system. In 1984, when AT&T was deregulated, the company was finally allowed to market its intellectual property. Disaster followed. By the late 1980s, there were so many different versions of UNIX that literally, every computer company in the market was vying to sell it’s own version – the chaos was only quelled by a different, and no less destructive monopoly: Microsoft.

But strangely, UNIX lived on and on. Today, there are hundreds of flavours of UNIX. Its hold on university curricula was such that in 1991, a young Finnish computer science undergrad named Linus Torvalds could copy it – without penalty – and create another generation: the Linux operating system. Linux itself is now so ubiquitous that you are probably using it right now without knowing it – it runs on an overwhelming number of the servers that make up the Internet. Indeed, you might be looking at a softly glowing apple-shaped logo, but underneath it is a UNIX-based operating system.

The story of heroic invention we tell about Steve Jobs is not the one we can tell about Ritchie. Ritchie invented C – but generations of students, programmers, entrepreneurs, engineers and hackers made it, what it is through their collective work, their ethic of sharing and a suspicion that not everything good must be made by one big corporation. In an age when children are learning to compute by pinching and swiping across a slick iPad, we might want to reconsider what invention, freedom and “thinking different” actually means. For it is people like Dennis Ritchie and Ken Thompson who give us some of our freedom today. Rather than merely touching the icon on the surface, we might need to “grep” a bit deeper, as a UNIX engineer might say it, to understand this lesson.

Christopher Kelty is a professor at UCLA in the Department of Anthropology and author of Two Bits: The Cultural Significance of Free Software.

Gabriella Coleman is a professor in the Department of Media, Culture, and Communication at New York University. 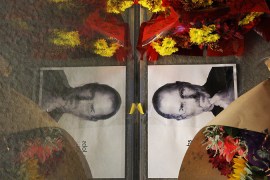 Apple’s legendary co-founder was known as “best of the best” – charismatic, visionary, perfectionist and ruthless. 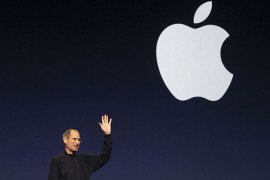 What is the legacy of Steve Jobs?

Can Apple’s resounding success be attributed to a pure marketing ploy or its co-founder’s genuine belief in the product? 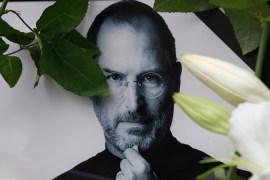 Steve Jobs was the only true showman of what is now one of the world’s biggest industries, writes author. 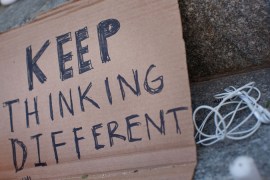 The sense of community Apple helped foster in places like Cairo and Tunis are a part of Jobs’ legacy.