Eight people have been shot during a Martin Luther King Jr Day event in the US state of Florida, with one victim listed in critical condition.

The St. Lucie County Sheriff’s Office on Monday confirmed all the victims in the early evening shooting in Fort Pierce were adults, WPBF-TV reported.

The shooting occurred at Ilous Ellis Park at 5:20pm (22:20 GMT) during an MLK Car Show and Family Fun Day, which the sheriff’s office said was attended by more than 1,000 people.

“Multiple people were shot;  it sounds like, from our initial investigation here on scene, there was a disagreement of some sort between two parties, and unfortunately, they chose to resolve that with guns,” St. Lucie County Chief Deputy Brian Hester said. 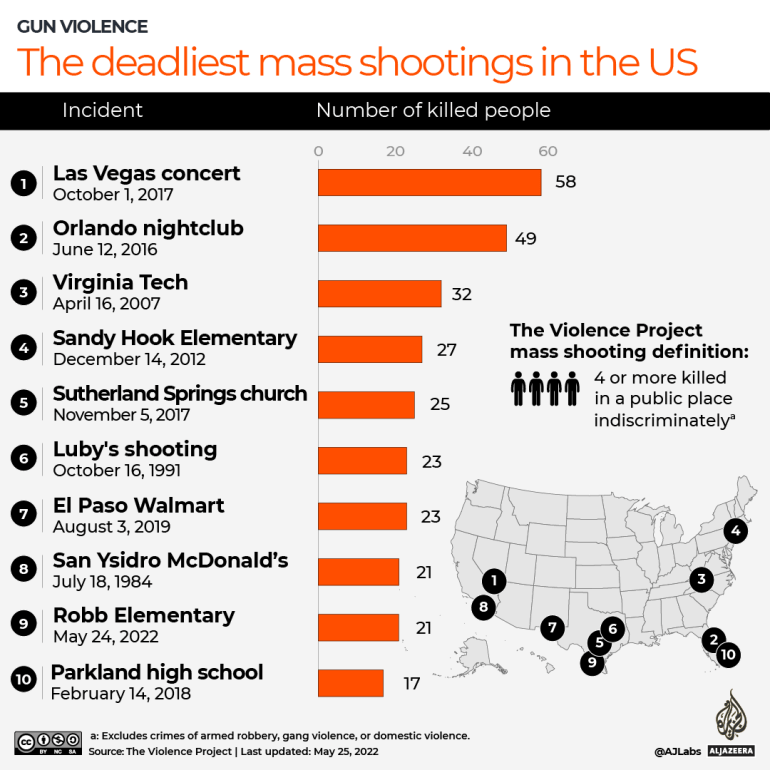 “It was mass chaos, as you can imagine, when shots rang out,” Hester said. “There were a 1,000-plus people here at the event, and as the shots rang out, people were just running in all directions.”

Video obtained by the station showed people ducking, running and hiding behind cars, including a woman running to safety while holding a baby.

“It’s really sad in a celebration of someone who represented peace and equality that a disagreement results in a use of guns and violence to solve that disagreement, and that’s what’s really sad to me about what happened here,” Hester said.

There were 648 mass shootings reported in the country last year, according to the US-based Gun Violence Archive.

In June last year, US President Joe Biden signed the first major federal gun reform in three decades, a bipartisan compromise that came in light of numerous mass shooting in the country.

The legislation is the most impactful firearms violence measure produced by Congress since the enactment of a long-expired assault weapons ban in 1993.

It strengthened background checks, funded laws to remove firearms from people considered to be a threat and closed a loophole that allowed some people accused of domestic abuse to own guns.