Fighting has broken out between Libyan armed factions on the western outskirts of Tripoli, as forces aligned with the Government of National Unity (GNU) under Abdul Hamid al-Dabaiba further consolidated their control over the capital.

Clashes on Friday and early Saturday took place in Warshafala, a district west of Tripoli that has been the site of repeated clashes throughout the 11 chaotic years since longtime Libyan ruler Muammar Gaddafi was overthrown in a NATO-backed uprising.

In 2014, Libya was split between rival administrations based in the east and the west of the country, each backed by an array of militias and several regional powers. Libyan oil production, a prize for the warring groups, has repeatedly been shut off.

The struggle for power in Libya has pitted the Tripoli-based GNU against a rival administration under Fathi Bashagha that is backed by the eastern-based parliament.

The clashes, along with a major pro-Dbeibah group taking over a military headquarters in southern Tripoli, come at the heels of Libya’s biggest bout of warfare for two years.

On Friday and early Saturday, witnesses said, mortars were being fired in Warshafana, a district of farmland, villages and patches of urban sprawl between Tripoli and the western city of Zawiya.

During last week’s fighting, a major Bashagha-aligned faction based in Zawiya was said to be among groups that were repulsed from the outskirts of the capital.

In the southern Tripoli district of Ain Zara, a powerful faction that backed al-Dabaiba during last week’s fighting took over a security headquarters. Fighters and vehicles bearing its insignia stood guard there on Saturday morning with checkpoints set up nearby.

The standoff between al-Dabaiba and Bashagha had gone on for months, with Libya’s powerful eastern faction lined up behind the latter, who is supported by renegade military commander Khalifa Haftar, while the numerous factions controlling Tripoli and the rest of the northwest were divided.

Turkey retains a military presence around Tripoli, including drones that could play a critical role in deciding the outcome of any major bout of warfare if it decided to back a side.

Last week, there were unconfirmed reports that drones were used against factions backing Bashagha.

Former Senegalese minister and UN diplomat Abdoulaye Bathily replaces Jan Kubis, who stepped down in December. Guterres had informally proposed two other people to fill the role, but the Security Council could not agree on them. 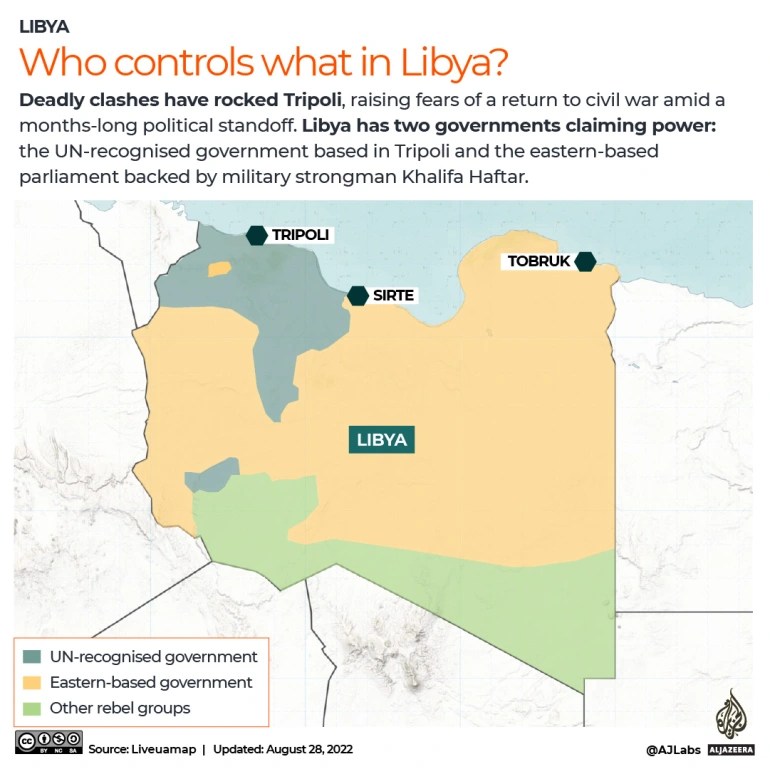