Hurricane Ian has made landfall in the US state of Florida as an “extremely dangerous” Category 4 storm, a day after it tore into western Cuba and left millions in the dark.

Here is what we know about the tropical storm so far:

Where is it heading next? 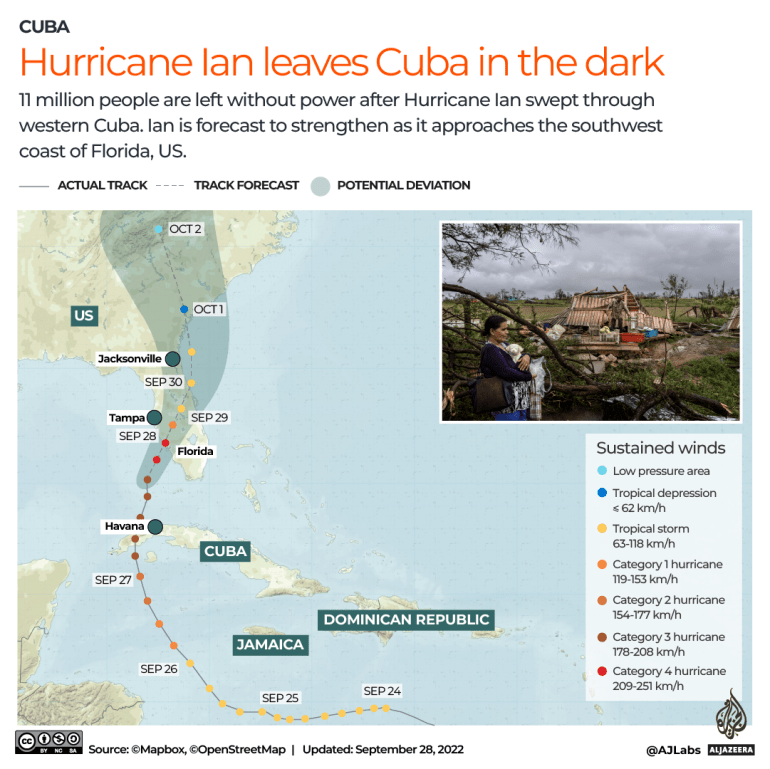 The malecón right now as I drive home. pic.twitter.com/fGiUYPwnlK

How can people in Florida prepare for it?

As we keep our eye on the tropics, just having enough supplies to make it through a hurricane isn’t enough. You need plenty to make it through what could be a long recovery period too. Prepare for AT LEAST three days. https://t.co/9Yrp70bCT5 #HurricanePrep #WeatherReady pic.twitter.com/4dKhDZf3zj