Tehran, Iran – Iran’s President Ebrahim Raisi has set about major reforms in the country’s subsidies system amid continued efforts to give new momentum to stalled talks aimed at restoring the country’s 2015 nuclear deal with world powers.

The president announced, during a televised late-night interview on Monday, that he is gradually transforming a subsidies system introduced by his predecessor to stabilise prices in the face of sanctions, but that mostly ended up breeding corruption.

“The prices of bread, medicine and petrol will not increase under any circumstances,” Raisi promised as he directly addressed the Iranian people.

By the next morning, the central bank said an overwhelming majority of the country’s 85-million population had received Raisi’s promised cash subsidies – totalling 460 trillion rials ($1.6bn open market rate) for two months – in their bank accounts, which they will be able to use in the near future.

Only the richest Iranians are excluded from the cash subsidies list, as about one-third of the population reportedly received 4 million rials ($13), and 60 percent received 3 million rials ($10) per individual in a month.

After roughly two months, an electronic coupon scheme is expected to be implemented to control prices.

The coupon scheme is likely to be enforced digitally to first and foremost subsidise bread prices, which have been impacted amid a global soar in wheat prices in part due to the Ukraine war. The scheme could later include other goods such as chicken and vegetable oil, officials have said.

The reforms have been welcomed by analysts as they signal a break from a faulty policy implemented by the administration of former President Hassan Rouhani at a time of immense volatility for Iranian markets.

Rouhani introduced an artificial rate of 42,000 rials per US dollar for imports in April 2018 with the aim of preventing price hikes, in effect creating a multi-layered exchange rate regime as rates on the open market were much higher and kept soaring.

At the time, Iran’s currency had recently begun a long freefall as a result of former United States President Donald Trump’s threats to pull out of the 2015 nuclear accord – which he made good on a month later. Trump then embarked on his “maximum pressure” campaign of harsh sanctions that, coupled with the COVID-19 pandemic, battered the Iranian economy.

Officials and economists now agree that not only did the subsidised currency rate fail to meaningfully curb skyrocketing prices, but it also benefitted corrupt intermediaries to the tune of untold billions. The open market rate of the rial now stands at about seven times the subsidised rate.

The Rouhani administration also considered dismantling the subsidised currency rate, but his government and the parliament could not agree on how to do it in a way that would not introduce new price shocks at a time when the annual inflation had risen to 50 percent. The rate stood at 39.2 percent in April.

“Up to 70 percent of the subsidy funds from the former policy would get lost on their way of reaching the people,” he told Al Jazeera.

“Moreover, estimates show about 15 million people living close to Iran’s borders – in Iraq, Afghanistan, Pakistan and even northern borders – benefitted from Iranian subsidies on goods like wheat and medicine in the form of smuggling. That can now stop, too, which I think will save a considerable amount of money for the country and lead to economic growth.”

Leylaz added that, while removing the subsidised rate could lead to an uptick in inflation, the trend could be reversed from next month depending on how Raisi manages the situation. He cautioned the sustainability and long-term success of the president’s reforms hinge on how well he can tackle the money supply.

Economists have for years identified rampant money printing as the main culprit behind Iran’s traditionally high inflation, but cash-strapped governments have been largely unable to contain it. Much of the runaway money supply is also generated by the activities of a banking system that has seen no significant reforms in more than three decades.

“Meaningfully curbing inflation is very difficult because here we’re not talking about the people, we’re talking about the financial oligarchy ruling over Iran’s banking system, and many of these banks have ties to the state,” Leylaz said.

Multi-layered foreign exchange rate regimes have been proven to be ineffective, and just a handful of troubled nations have resorted to them in the past few decades, said economist Meysam Hashemkhani.

While welcoming the reforms, he told Al Jazeera the plan’s success depends entirely on what happens next.

“Personally, I believe that if the previous scheme is replaced by coupons, it will entail corruption. The same corruption and cheating that was present there will also be here in a different form,” Hashemkhani said.

Iranians last experienced coupon schemes during and after the eight-year Iran-Iraq War in the 1980s, when essential goods became scarce.

The economist said the only two support programmes implemented in Iran in recent decades that have been successful in reducing inequality have been direct cash subsidies, and offering education and health services to disenfranchised areas.

“The rest have generally been plagued by widespread corruption and budget wastes while being largely ineffective,” he said.

One of the concerns preventing a subsidies reform plan so far has been how to manage the budget. Hashemkhani said his estimates show the Raisi administration will have enough money for the tentative cash subsidies programme, so prices are unlikely to experience sudden hikes as a result of it.

Interior Minister Ahmad Vahidi said on Tuesday he expects prices of chicken, eggs, dairy products, and vegetable oil to experience gradual hikes, but all other goods should remain stable. 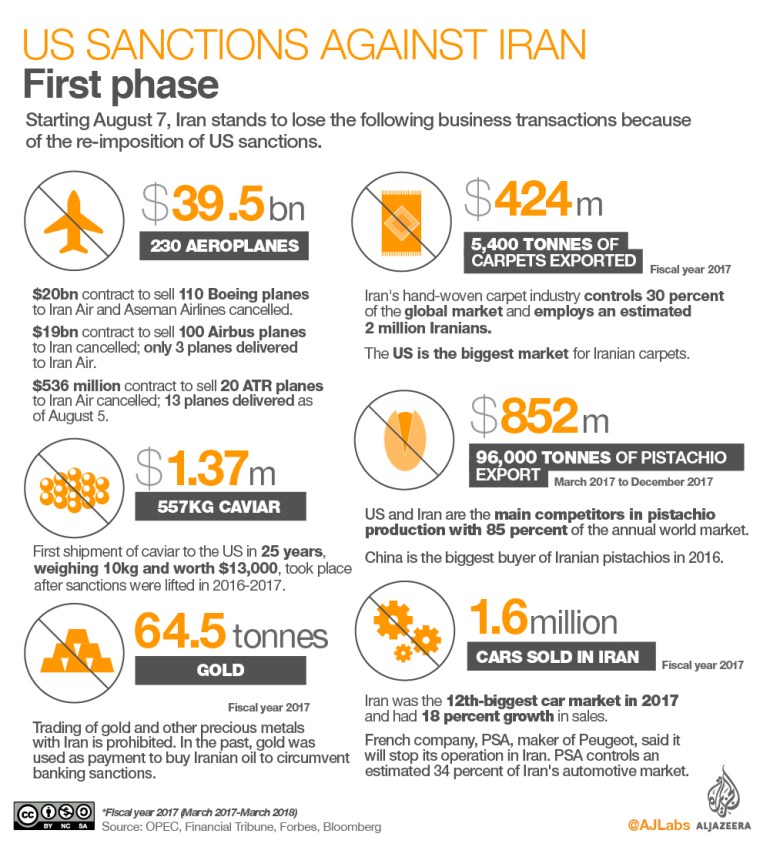 Implications for the nuclear deal

President Raisi announced the plan one day before the European Union’s coordinator for the nuclear deal talks, Enrique Mora, arrived in Tehran in an effort to help end the standoff with the US.

The president has repeatedly emphasised he will not tie the fate of the country’s economy to the negotiations and has promised an 8 percent gross domestic product growth rate for the current year using a budget that presumes US sanctions will remain in place.

Choosing to publicise substantial economic reform at this time may carry a direct signal to Washington and other signatories of the nuclear accord, Leylaz said.

“The reforms that Mr Raisi are undertaking could be a sign of reduced hope for restoring the JCPOA,” he said, referring to the accord, the Joint Comprehensive Plan of Action, by its acronym.

That possibility was strengthened when Foreign Minister Hossein Amirabdollahian also referred to the issue in a tweet on Wednesday, saying both “nullification” and lifting of sanctions are being pursued.

“Making the country immune through economic development and fairly distributing subsidies is a main strategy,” he wrote. “Negotiations to lift sanctions while maintaining Iran’s red lines in achieving a good, strong and sustainable agreement is also being followed up in its correct path.”

The fact the economic reform plan and Mora’s visit have coincided “demonstrates the high capacity of people for great action and government’s control over the most important affairs”, Shamkhani wrote.