By Mohammed Haddad
Correction29 Apr 2022
A previous version of this article that said that Musk bought a 9.2 percent stake in Twitter worth $73.5 million. He actually bought 73.5 million shares worth around $2.9bn. This story has been updated to reflect that.

The world’s richest person, Elon Musk, has struck a deal to buy Twitter for $44bn.

Musk, who is worth some $270bn, said Twitter had “tremendous potential” that he would unlock and make the platform a bastion of free speech while developing new features including “authenticating all humans”.

Musk joined the social media platform on June 4, 2010. He has since become a prolific tweeter, racking up tens of thousands of tweets and more than 84 million followers. 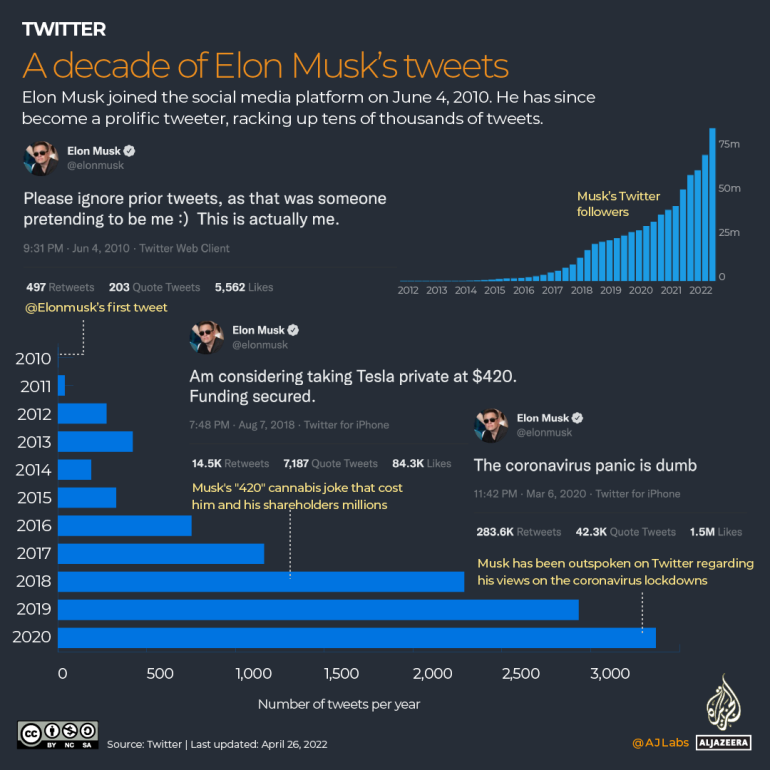 In January 2022, Musk began amassing a stake in the 16-year-old social networking platform that has become a hub of public discourse and free speech.

Here is a brief timeline of events that led to Musk’s successful bid for the company:

April 5 – Twitter announces that Musk will join its board.

April 10 – Twitter CEO announces Musk no longer joining its board.

April 21 – A stock exchange filing shows Musk has lined up $46.5bn in financing.

April 25 – Twitter confirms it is selling the platform to Musk for $44bn.

Musk currently follows 114 accounts including his own companies SpaceX, Tesla, Neuralink, OpenAI and The Boring Company.

Musk has five other children: twins Griffin and Xavier and triplets Damian, Saxon and Kai from a previous marriage. 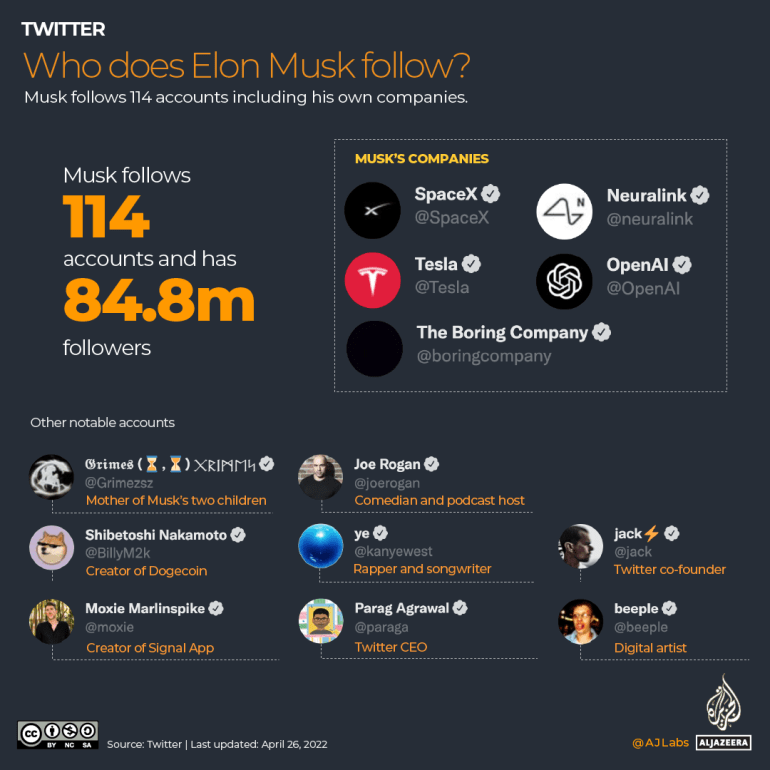 Unsurprisingly, with nearly 2,000 mentions, “TESLA” – Elon Musk’s electric car company that he founded in 2003 – is Musk’s most tweeted word followed by “SpaceX”, his aerospace company and then “Cars”.

Musk also uses his platform to share updates on “Rockets” including “landing” the “Falcon” and “dragon” spacecraft, which Musk hopes will help humanity travel to Mars within the next 10 years. 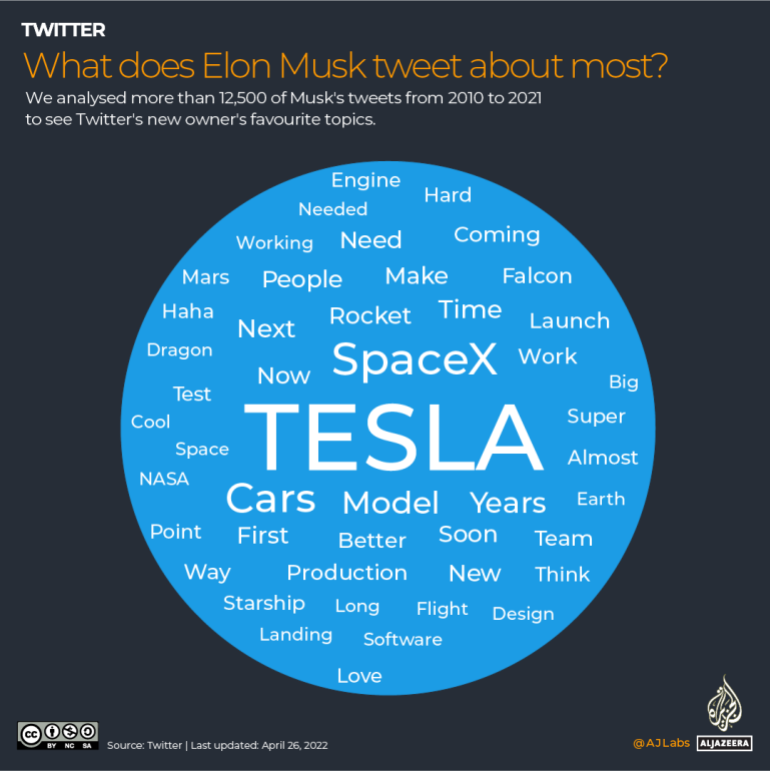