At least eight miners have been killed and about 20 injured when a shaft collapsed in a state-owned coal mine in southern Serbia, according to the RTS state broadcaster.

Rescuers were trying to determine how many miners were trapped in the shaft on Friday, the broadcaster said, quoting health authorities in the southern town of Aleksinac, 200km (125 miles) from Belgrade.

RTS reported that there were 49 miners on the rota at the time of the accident, most of them from Aleksinac.

The explosion occurred in the mine at about 6am local time (04:00 GMT), according to the broadcaster.

Goran Vidic, head of the local hospital, was quoted as saying all non-essential surgery had been cancelled and some patients had been discharged to make room for casualties.

“The situation here is difficult, relatives are here, people are upset,” Vidic said.

“We have so far hospitalised 18 injured miners. Three of them are in serious condition,” he said.

Two miners were also being treated in the nearby city of Nis, RTS reported.

First responders dispatched to the scene managed to rescue about a dozen people, however, several remained trapped, according to the broadcaster.

“Inspectors, police and all relevant authorities are at the scene, doing what is necessary to determine the cause of this tragedy,” said the Mining and Energy Minister Zorana Mihailovic.

MIhailovic visited the site on Friday and expressed condolences to the families of the victims, promising state help.

Drago Milinkovic, the coal mine manager, said initial information suggested a “sudden release of methane” gas into the mining area.

“Security measures are at the highest level in the coal mine, but this time there was a sudden release of methane and simply the monitoring and the equipment that were in place did not help,” he said.

The Aleksinac coal mine is prone to methane saturation and in November 1989 about 90 miners died in an explosion there. In 1998, 29 miners were killed in the same mine. 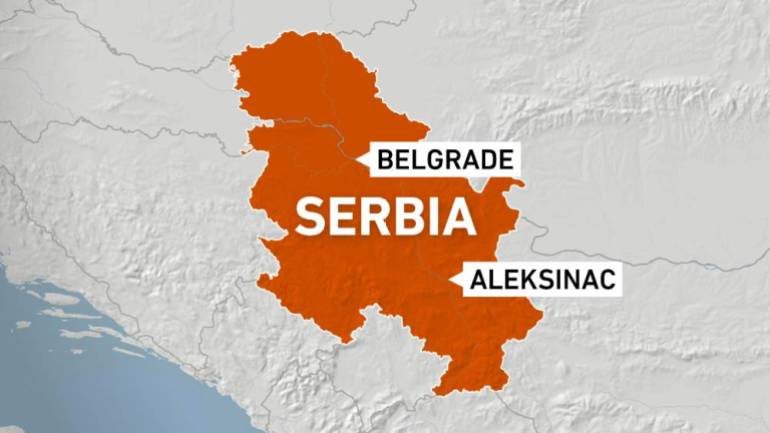