Algeria has recalled its ambassador from Madrid in protest at Spain’s decision to back a Moroccan autonomy plan for the disputed former Spanish colony of Western Sahara.

Morocco sees Western Sahara, with rich phosphate resources and access to lucrative Atlantic fishing waters, as an integral part of its territory.

A statement carried by Algeria’s official media on Saturday condemned the “abrupt about-turn” by Madrid, which had previously maintained neutrality in the decades-old conflict for the territory between Morocco and the Polisario Front independence movement.

On Friday, Spanish foreign minister Jose Manuel Albares backed a 2007 proposal by Morocco to offer Western Sahara autonomy under its sovereignty, describing it as the “most serious, realistic and credible basis” to end the long-running conflict.

Meanwhile, the Polisario Front movement has accused Spain of making a “grave error” after it changed its position.

The Algeria-backed Polisario separatists took up arms in the 1970s and have continued to demand an independence referendum on the basis of a 1991 deal that included a ceasefire. 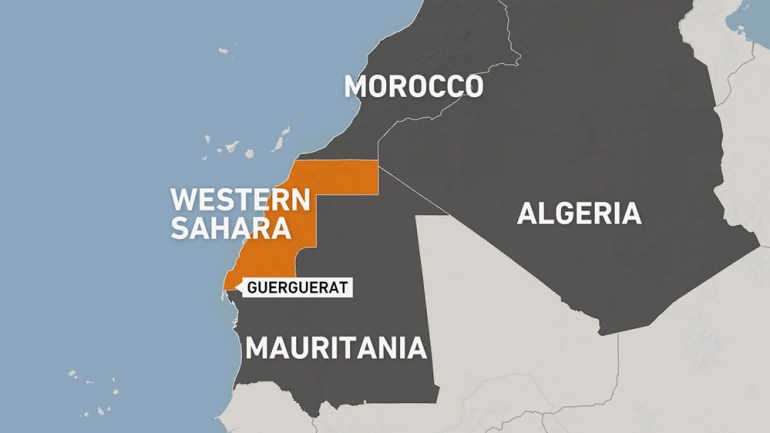 Friday’s move sparked an angry response from the Polisario, which expressed “surprise”.

The separatists called on political sides in Spain “to exert pressure on the Spanish government to correct this grave error”.

Earlier this month, the United States reiterated its support for Morocco’s plan for autonomy in the Western Sahara.

“We continue to view Morocco’s autonomy plan as serious, credible and realistic,” US Deputy Secretary of State Wendy Sherman said during a visit to Rabat.

In late 2020, the Trump administration recognised Moroccan sovereignty over Western Sahara as a quid pro quo for the kingdom mending ties with Israel. The deal sparked renewed tensions with Algeria.

The Biden administration has not reversed Trump’s decision.