A former deputy speaker in Malawi has shot himself dead inside parliament in the capital, Lilongwe, authorities said.

Clement Chiwaya, who moved in a wheelchair, had gone to the building on Thursday to discuss vehicle benefits entitled to him when he left office two years ago.

Parliament “regrets to inform the public that the former deputy speaker … committed suicide at the parliament building,” it said in a statement.

“The incident is in relation to frustration with the implementation of his conditions of service.”

Chiwaya, who was 50, bought his official vehicle at the end of his five-year term in 2019, as provided for in his contract. But he had tried to get parliament to pay for damages incurred in an accident that happened six months later.

“Honorable Chiwaya was involved in an accident while using his purchased vehicle. Unfortunately, the comprehensive insurance had expired at the time of the accident,” the parliament’s statement said.

Police spokesperson James Kadadzera confirmed Thursday’s incident but refused to give details until he had received a full report from investigators.

The statement from parliament appeared to suggest that Chiwaya had secretly brought a gun into the high-security building.

“Having been a person with a disability, the [security] scanner alerts were deemed to be from the wheelchair,” the statement said.

“Following the incident, parliament will enhance security measures for all categories of visitors to the Parliament building.”

A source at parliament told the AFP news agency that Chiwaya shot himself in the head inside the office of the clerk of parliament, Fiona Kalembera.

Before he became deputy speaker, Chiwaya served as a member of parliament from 2004. 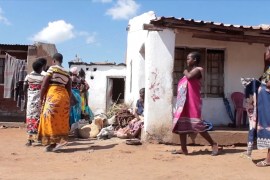 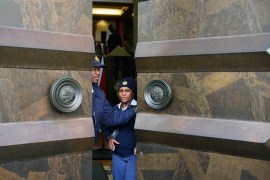 Diplomats ordered to leave after they ‘were found guilty of engaging in illicit trade in duty-free alcohol’. 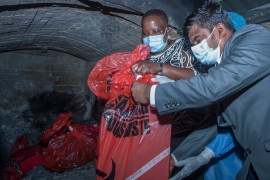 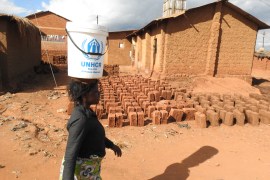 Despite years of integration, the gov’t claims refugees could pose a threat to national security by living with locals.